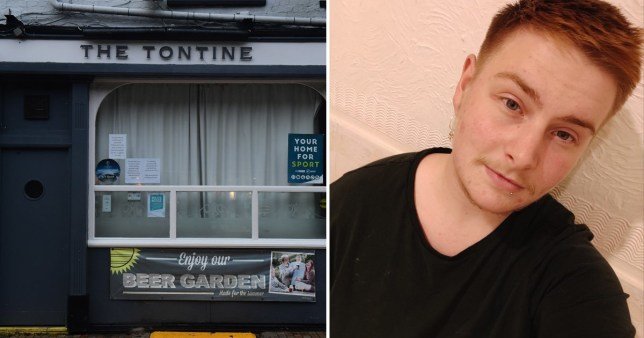 Ryan Sanderson says he was at the Tontine pub, Hanley, Stoke-on-Trent, Staffordshire, a few days before the second national lockdown, when he and his transgender friend were confronted for the display of affection.

He says he was ‘shocked’ and ‘couldn’t believe it’ when he claims a member of staff approached them and said ‘two men can’t kiss in this pub’.

Ryan added: ‘He said it was just not good for us if we did it there and it might upset people.

‘Last orders had already been called and I said I would finish my drink and we would go because I didn’t want to cause a scene.

‘All of a sudden people on a table near us were saying “this is a straight bar” and telling us to finish our drinks and leave. 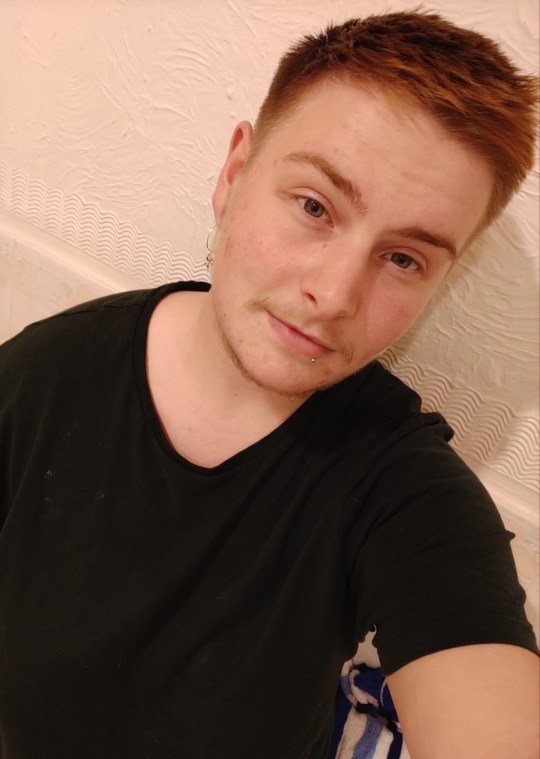 ‘We were told it was disgusting and that we shouldn’t be doing that in public.’

When Ryan suggested that if they were a man and woman kissing everyone would be fine with it, he says one customer simply replied ‘yeah’.

He added: ‘There were two guys both bouncing off each other’s anger and saying various things and a girl was chipping in.

‘There was one woman sitting with them who appeared to be visibly ashamed, but not ashamed enough to tell them that what they were saying was wrong.

‘I had every right to be there. One of the guys started ringing people so I thought we were going to get jumped. 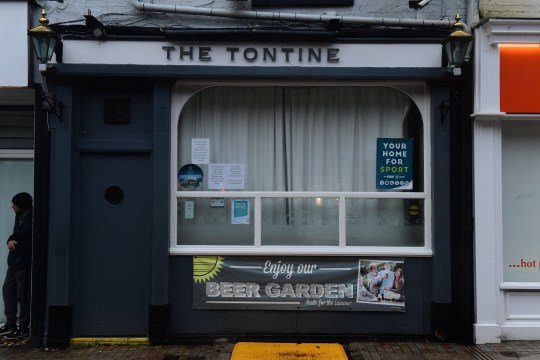 Police are investigating the alleged incident at the Tontine pub in Hanley, Stoke-on-Trent

‘In my opinion, the pub staff should have stood up for us and said this was a safe space for everybody. I was really shaken because I was scared we were going to get beaten up.

‘I will never be going in that pub again and I’ve said the same thing to all my LGBTQ+ friends. It made me scared in Hanley as well because I didn’t realise people were that backwards.

‘People need to realise that people can love who they like and it literally doesn’t affect anyone else other than the people involved. I don’t understand how seeing two people having a good time can offend people.’

A police spokesman said: ‘We were notified of a reported hate incident at a pub on Tontine Street, in Hanley. Inquiries are ongoing.’