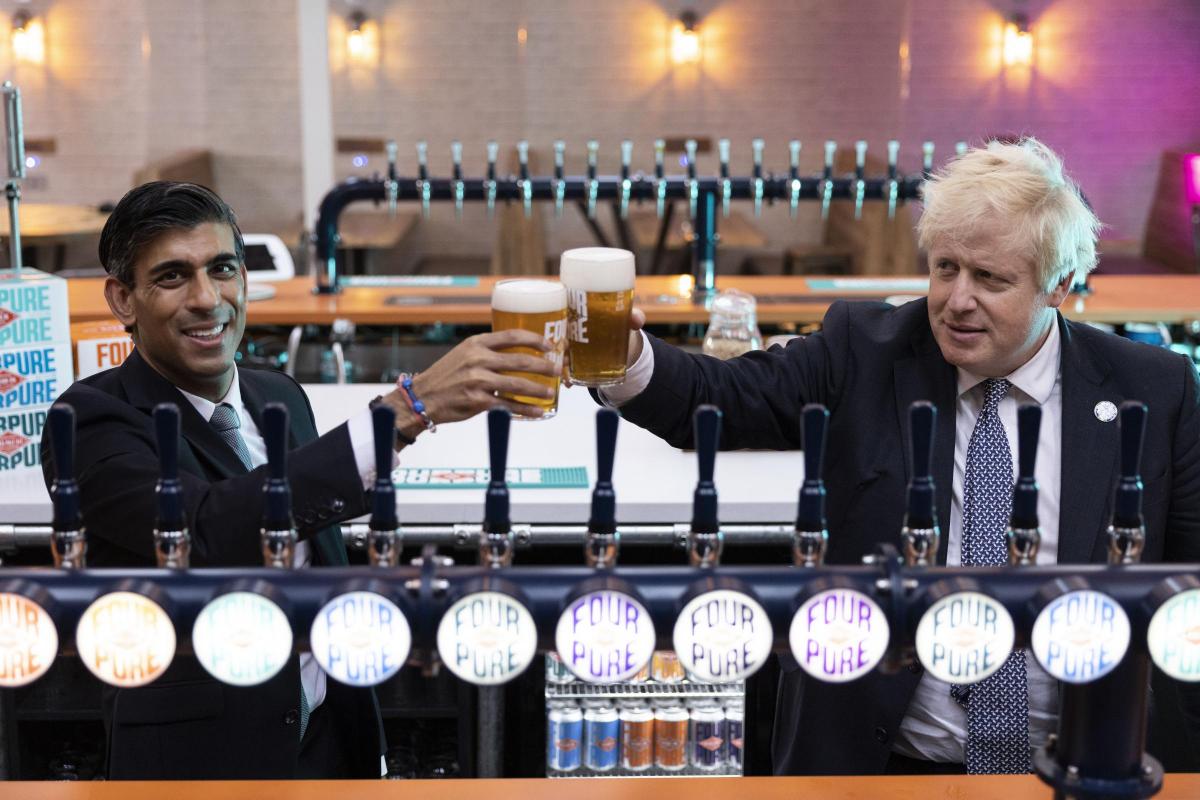 Two leading crooks in the competition who will continue to lead Britain to the economic and social catastrophe to which they are, both, led to, together, in the not too distant past.

Boris Johnson and Rishi Sunak have held talks as they edge closer to the deadline for nominations in the contest to replace Liz Truss.

Two separate sources told the BBC the meeting took place, but neither camp has disclosed what they discussed.

Rishi Sunak continues to forge ahead in the leadership race, gathering the support of 128 MPs.

Mr Johnson is currently in second place with 53 backers, according to the BBC's tally.

However his campaign claims he has the support of 100 MPs - Mr Sunak's supporters raised doubts over this and called for the former PM to show proof.

Penny Mordaunt is the only candidate to officially declare they are in the race, but she lags behind on support with 23 MPs.

The BBC's Laura Kuenssberg said that Mr Sunak and Mr Johnson had met on Saturday evening, but she was not sure "if any conclusions or news was likely to come out of it tonight".

The BBC has been keeping a running total of MPs who have gone on the record with support.

The voting intentions of only 204 out of 357 Conservative MPs are currently known and have been verified by the BBC, leaving many still to declare their interest.

The hopefuls have until 14:00 BST on Monday to declare they have got the support of 100 MPs, qualifying them for the next stage of the race.

It will then go to an online ballot of the Conservative party membership, with the result to be announced on Friday.

But if the party's MPs get behind just one candidate, we could have a new prime minister by Monday afternoon.

Polling suggests Mr Johnson would be favourite to win a members' vote.

Throughout Saturday, MPs were publicly declaring support for their favoured candidate. 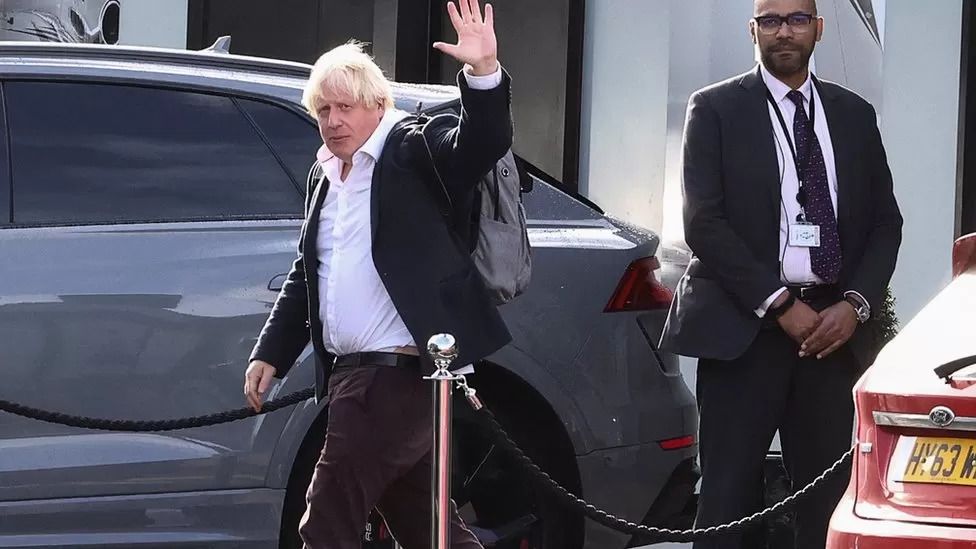 International Trade Secretary Kemi Badenoch earlier ruled herself out of the race to be the next prime minister, throwing her weight behind Mr Sunak.

Ms Badenoch - who made a big impact in the last Tory leadership contest - said in The Times that Mr Sunak was "the serious, honest leader we need".

She joined a growing list of Sunak backers, even though the ex-chancellor has yet to officially declare he is standing.

Pointing to the parliamentary probe facing Mr Johnson, Mr Raab told the BBC: "We cannot go backwards. We cannot have another episode of the Groundhog Day, of the soap opera of Partygate".

He said he was "very confident" Mr Sunak would stand, adding: "I think the critical issue here is going to be the economy. Rishi had the right plan in the summer and I think it is the right plan now."

Among supporters of Boris Johnson is former home secretary Priti Patel who said he could bring together a united team and lead the UK to a stronger and more prosperous future. 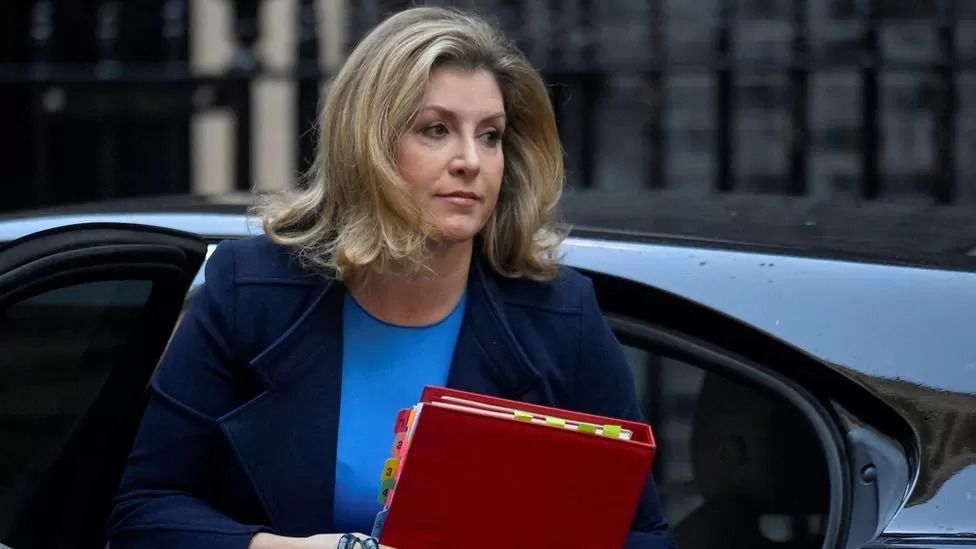 Launching her campaign on Twitter on Friday, Ms Mordaunt said she would "unite our country, deliver our pledges and win the next [general election]".

Mordaunt backer Conservative MP Bob Seely said "I think we owe the country a collective responsibility to apologise" and said he believes Ms Mordaunt has the best chance of providing "unity and leadership" within the party.

Mr Johnson's potential bid to return to power comes just seven weeks after his final day in No 10.

His successor, Liz Truss, is the UK's shortest-serving prime minister, stepping down after 45 days in power.

She stood down on Thursday, after a series of humiliating U-turns forced on her by an adverse reaction to her tax policies in the financial markets. 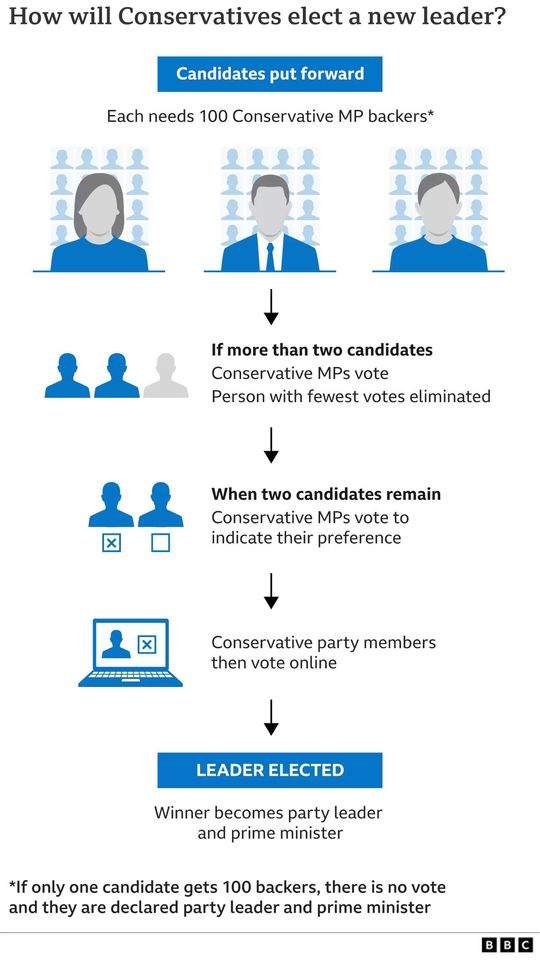