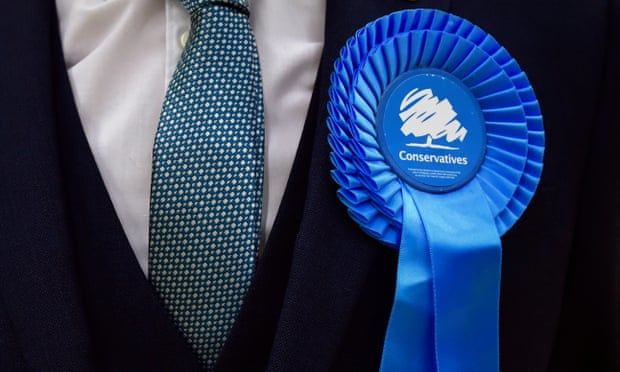 ‘What did I just read?’ responds one women’s rights activist to comment on Twitter of Preston Conservatives’ Jonty Campbell
A Conservative local election candidate has caused outrage after a post on his account said 16-year-old girls smell “buttery [and] creamy”.

On Saturday a post on the Twitter account of Jonty Campbell, who has stood for the party in Preston on a number of occasions, said: “Here’s the thing with girls 22 or under, they smell massively different to a girl of 28. Girls aged 16 to, say 23, have this buttery, creamy, slightly sweet smell that is unbelievably magnetic.”

Campbell is listed on Preston Conservative Association website as holding the position of deputy chair of campaigning. He has been a candidate for the party five times in recent elections and byelections for Preston city council, most recently in Ribbleton in May, where he lost to the Labour party.

The Conservative party has been faced with a number of sex scandals in recent weeks, with one MP, Imran Ahmad Khan, found guilty of sexually assaulting a 15-year-old boy. He stood down but was defended by his former colleague Crispin Blunt, who said he was a victim of a “serious miscarriage of justice”.

Another MP in the party has been arrested on suspicion of rape and other offences and has been ordered to stay away from Westminster. He has not been named and has not been charged.

Campbell’s comments sparked anger online. The author and women’s rights activist Dr Shola Mos-Shogbamimu responded: “What did I just FREAKING read? Where do you begin to deconstruct this evil. It’s the mindset of misogyny/violence against women personified. What a sick disgusting perversion about young women. Jonty Campbell is who @Conservatives have as candidate? What a pervert! @CmdrJonty”