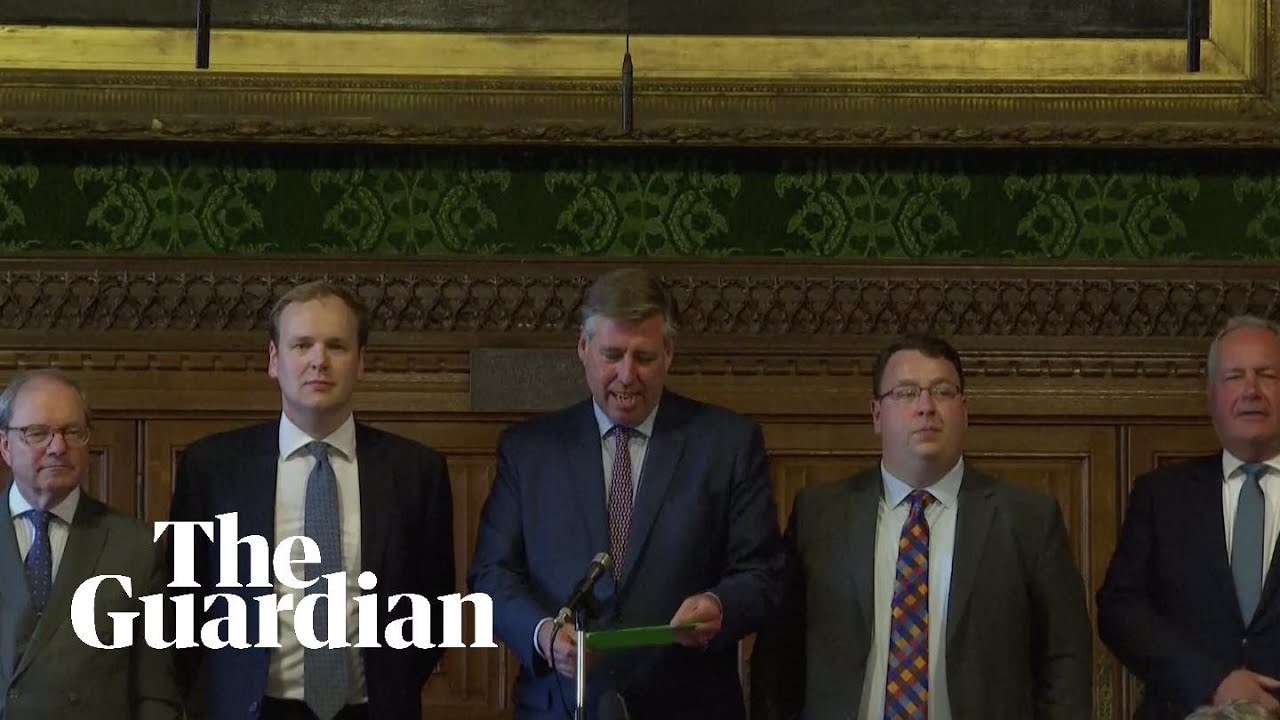 Pressure still on foreign secretary in leadership race as she gains just seven new backers in latest round
Supporters of Liz Truss have said her key rival, Penny Mordaunt, has “topped out” of backers, as the foreign secretary gained ground in the fight for second place in the Conservative leadership contest.

Mordaunt lost a vote in the latest ballot of Tory MPs – a key sign her campaign had stalled after a weekend of bruising attacks – but remained behind frontrunner Rishi Sunak.

But the pressure is still on Truss, who gained just seven MP backers, less than the fourth-placed Kemi Badenoch, who received nine new supporters. Tom Tugendhat, the chair of the foreign affairs select committee, was knocked out of the race.

James Cleverly, the education secretary, said Truss had shown during the leadership debates that she was ready for the job. “This is about day one competence, she is showing she has always had the best depth and breadth of experience,” he added.

The remaining leadership hopefuls will now be hoping to pick off Tugendhat’s 31 supporters. A Truss backer said that Mordaunt’s support was strong, but they believed she and Badenoch would not ultimately be able to overcome their relative lack of experience to win the chance to face off with Sunak in the final two.

Sunak will launch a crime policy blitz on Tuesday, pledging to introduce a new offence for belonging to or facilitating abuse by grooming gangs, as well as a new offence for taking “downblousing” pictures down women’s tops. He will also propose making it an aggravating factor in sentencing if criminals refuse to appear in court and review sentence guidelines for crimes against women and girls.

In his final pitch to Tory MPs, Tugendhat used his speech to warn that the party was on the brink of “a 1997-style wipeout in the next election”.

“The country is looking for a change, looking for a break from the past – and if we can’t deliver that change, then Labour will,” he warned MPs at the closed doors 1922 Committee hustings. “The threat we face is existential.”

He added: “The public no longer believes us. We wouldn’t be having this leadership race, we wouldn’t be so behind in the polls, if we had not lost the British people’s faith.”

The MP said he had been offered jobs in future administrations if he dropped out of the race, but he wanted to see party democracy run its course. “It is not my job to decide – it is yours,” he told MPs. “That is the nature of democracy: that I give you the choice, rather than taking it from you.”

“I have deplored the infighting, the sniping, the blue on blue, the attacks and the smears. We do not need this, now or ever,” he added.

Tugendhat’s defeat meant the four remaining candidates turned attention away from fighting for survival and instead to the final two ballots of Tory MPs. Candidates will be especially keen to court the Tugendhat backers Jake Berry and Anne-Marie Trevelyan – key endorsements from the Northern Research Group caucus of “red wall” Tories.

Trevelyan, the international trade secretary, has been critical of Mordaunt’s time in her department. “Understandably perhaps, now it’s clear Penny has for the last few months spent some of her time focused on preparing her leadership campaign, for which I have utmost respect – that’s how this system works,” Trevelyan told LBC.

“There have been a number of times when she hasn’t been available, which would have been useful, and other ministers have picked up the pieces,” she added.

Sunak gained 14 supporters from the last ballot, to put him on a total of 115, trailed by Penny Mordaunt, who lost one, giving her a total of 82. Liz Truss remained in third place, picking up seven supporters to put her on 71. Kemi Badenoch came fourth with an extra nine supporters, giving her 58.

As the race narrowed, MPs said Badenoch and Mordaunt were most likely to benefit from a tussle between the factions trying to keep Sunak and Truss from making the final two.

Though Sunak retained a relatively comfortable position as frontrunner, his team were still said to be furiously ringing around wavering MPs.

Another Tugendhat backer said: “Rishi’s people are worried. They should be clear, they shouldn’t be worried about MP numbers but they are trying to grab us quite hard. They should be shaping who he’s against rather than bolstering his own numbers.”

Some of the ousted MP’s supporters said they would meet after the vote for a commiseration drink and discuss with each other who to back instead. Several talked up the prospect of supporting Mordaunt as “the change candidate”.

The final three candidates – after the next round of voting takes place at mid-afternoon on Tuesday – had been expected to appear at a third TV debate hosted by Sky News. But the debate was cancelled after Sunak and Truss pulled out of the event after a bruising set of exchanges in the first two debates.

Earlier, a source in Sunak’s campaign said the former chancellor had never committed to participating in the debate, adding: “We are very happy to do more debates if we are lucky enough to get to the next stage, including Sky News.”

Truss’s aides had said the foreign secretary was “unlikely” to take part if all the other candidates did not. The cancellation follows sometimes brutal exchanges in TV debates on Friday and Sunday over taxation plans, and about social issues such as transgender rights.

While Sunak has faced the brunt of the attacks on the former subject, Mordaunt has been repeatedly criticised for supposedly being too liberal.

After Sky News cancelled the debate, a spokesperson for Mordaunt said: “It’s a shame some colleagues cannot find a way to debate one another in a civil way.” That quote was later deleted, with the spokesperson instead saying the candidate “hopes there will be ample opportunity for such scrutiny later in the contest”.