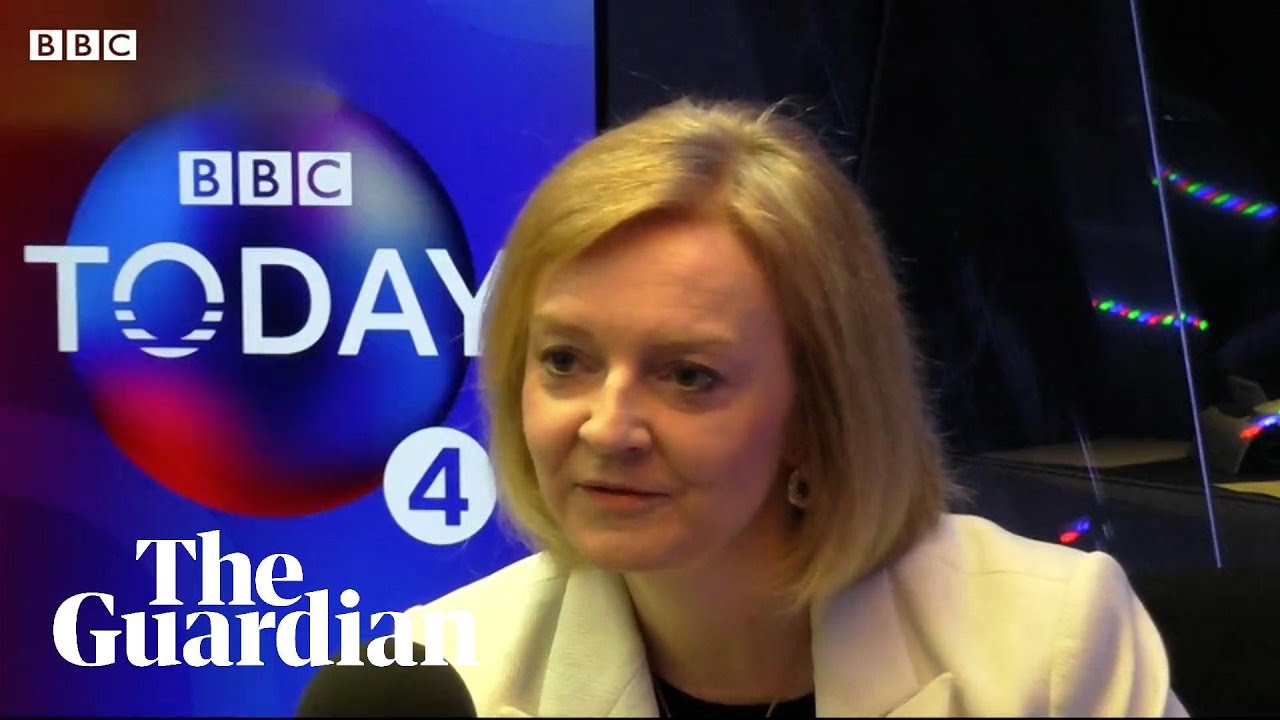 Speaking to BBC Radio 4’s Today programme Truss said her plans to cut taxes that she voted for as part of Johnson’s cabinet would “decrease inflation”, despite concerns from some leading economists.

She added: “We have had a consensus of the Treasury, of economists, with the Financial Times, with other outlets, peddling a particular type of economic policy for 20 years. It hasn’t delivered growth. People are struggling with the cost of living, it is wrong to be increasing their taxes at a time when it is difficult for them to pay their bills.”

But when asked whether she could name a chancellor or governor of the Bank of England or leading economist that would agree with her view, Truss could only name Patrick Minford of Cardiff University.

On her tax plans, which have been described as a gamble, she said: “It’s not a gamble, it’s an economic reality that the higher taxes you have the more growth is choked off.”

She added: “What is the gamble is what we’re doing at the moment, because currently the United Kingdom is projected to head for a recession. So we need to do something different in order to get growth going, in order to put money in people’s pockets.”

The interview came on the day after she and the former chancellor Rishi Sunak became the final two candidates in the running to become the UK’s next prime minister. In the vote among MPs selecting the final two, Sunak retained his lead with 137 votes. Truss, the foreign secretary who had trailed Penny Mordaunt throughout the previous rounds, took 113 votes, just above Mordaunt’s 105.

Paying tribute to Johnson, Truss said she had wanted him to carry on as prime minister. “I think he did a fantastic job with the 2019 election, and that he delivered Brexit and the vaccines. Regrettably we got to a position where he didn’t command the support of the parliamentary party.”

Truss also made clear she was “completely committed” to fulfilling the government’s promise to increase spending on the NHS. When asked if she would still commit to proposals to increase healthcare funding if her planned tax cuts did not increase growth, Truss said: “I’m completely committed to that NHS spending, to the hospitals, to the doctors.”

Robert Jenrick also appeared on the Today programme, in support of Sunak’s leadership campaign. When asked why he was supporting Sunak, Jenrick said: “No one has disputed the fact that Rishi is the most able candidate to be our next prime minister.”

He added that he believed Sunak was the candidate “with the real vision and ability to lead the country forward”. Commenting on Truss’s tax cuts pledges, Jenrick said: “It is the antithesis of Thatcherism to be going around making unfunded tax pledges merely to win a leadership contest.”

Appearing on Sky News, Theresa Villiers, another supporter of Sunak, said he was the best candidate “to get us through this inflation crisis”. “I think Rishi has demonstrated he’s got the track record and he’s got the plan to do that.”

Britain’s new prime minister will be announced by 5 September after Conservative party members vote on the two candidates chosen by MPs.

Despite Truss coming second among MPs, she is the favourite among Conservative party members, according to polling, with Sunak described as the underdog. About 160,000 fee-paying members – half aged over 60, 97% white and a large proportion male and from southern England – will have the chance to vote next month.
#Boris Johnson  #Vaccines  #Johnson
Add Comment