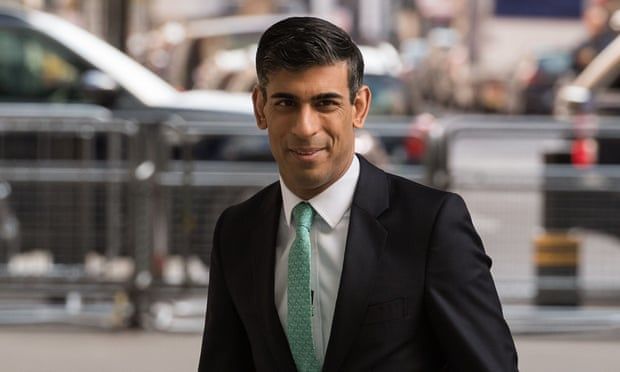 Treasury considers ways to ease cost of living in spring statement, instead of doing the obvious: cut taxes!

Reluctant to make big fiscal changes, chancellor Rishi Sunak considers tax adjustments and fuel duty cut.
The Treasury has drawn up a range of options to help with the cost of living crisis – including a 1p cut to income tax, raising the national insurance threshold and a significant cut to fuel duty.

Sunak is under huge pressure from Conservative MPs to help households struggling with high petrol prices and inflation when he delivers the spring statements on Wednesday.

Options considered by the Treasury include a promised 1p cut in the basic rate of income tax, potentially coming in at the autumn budget or next year, which would largely offset the rise in national insurance.

Sunak could also set out a pathway to raising the national insurance threshold to the same rate as income tax, from £9,600 to £12,750 – a Tory manifesto promise.

He has also been considering a cut in fuel duty, with Labour backing a reduction of up to 5p in response to soaring fuel prices and a concerted campaign from some Tory MPs.

Labour has also been calling for a windfall tax on fossil fuel companies profiting from high global oil and gas prices, which Sunak has resisted so far.

However, some Tory backbenchers think there is still some scope for him to U-turn on this, given Russia’s invasion of Ukraine has changed the economic picture and caused a spike in prices.

On Friday, Sunak dropped a heavy hint that he will try to help with the cost of living but also stressed that there were some things the government cannot change and highlighted “global inflationary forces”.

One Treasury source said an income tax cut was still the source of “internal negotiation” but confirmed it was under discussion. Sunak said on Friday that tax rises were “done” and signalled he wanted to cut taxes before the next election.

But another official said Sunak was still resisting significant interventions or commitments for the autumn. “He’s literally been ‘auto-no’ to anything suggested,” the source said.

A cut in fuel duty would be enthusiastically welcomed by many backbench Conservatives, but some campaigners are warning against it. Analysis by the New Economics Foundation (Nef) shows just 7% of the benefit goes to the poorest fifth of households.

Russia’s invasion of Ukraine has piled added pressure on Sunak to ease the cost of living in Britain. The Bank of England has said inflation could hit 10% later this year and it is unable to prevent rising energy prices from making people poorer, leaving it up to the chancellor to act.

The independent Office for Budget Responsibility is likely to provide Sunak with the scope to act when it produces new forecasts for the public finances on Wednesday.

Lower than expected unemployment means the OBR will reduce its estimate of the long-term damage from the pandemic, while higher inflation has increased the amount of money Sunak will get from freezing tax allowances.

The Institute for Fiscal Studies said this week the Treasury had been expecting to get £8bn a year from the move but would actually receive £20.5bn.
Add Comment