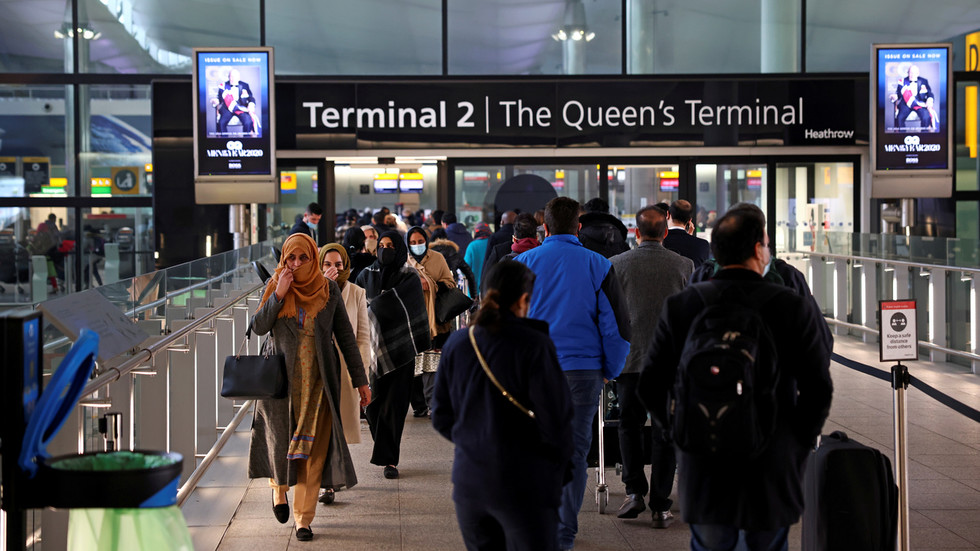 In a report on Friday, the Times – citing an unnamed government source – revealed that the government is considering a mandatory quarantine, which would force returning Britons to stay in a specially chosen hotel for ten days with security guards and other anti-Covid-19 measures. They would then be made to personally foot the bill for their post-travel quarantine stay, instead of British taxpayers.

The source told the Times, “Even if people said they were going to quarantine at home, there would be a risk of them spreading the virus after leaving the airport.”

Brits on social media had many things to say about the proposal, but few of them were positive.

“Travel will continue for the rich,” declared writer Laura Dodsworth, pointing out that the only people who will be able to afford such a quarantine – and thus the ability to travel – are those with enough money to pay for the extra ten days in a hotel.

It wasn’t just holiday-starved tweeters who vented their concerns, however.

Paul Charles, CEO of travel PR firm the PC Agency, tweeted that he was “deeply concerned” about the report and warned that the “airline sector would die” if such a plan was implemented, while World Travel and Tourism Council President Gloria Guevara told the Times it would be “yet another crushing blow to the ailing UK travel and tourism sector.”

Sports journalist Sam Street expressed his concern that it would be “for the long term.”

“If a blanket ban/hotel quarantine is judged the best way to prevent mutant strains entering the UK then there will never be any justification for removing it,” Street wrote.

Many Covid-concerned social media users also questioned why the UK hadn’t announced such a measure months ago at the beginning of the pandemic.

“If the UK (And others) had done this a year ago, like Vietnam and Taiwan did, or even 10 months ago – then it would not be in the situation it is today,”claimed one user, while another asked, “Why has it taken a year to get to this point? Incompetence seems the only possible answer.”

Others were frustrated about Brits traveling abroad at all during the pandemic, with one branding it “grossly irresponsible.”

The concept of a mandatory hotel quarantine is not new. Australia has had a similar policy in place throughout most of the pandemic. The New South Wales government website says that solo returning travellers will be charged $3,000, with additional fees for each adult and $500 for each child under 18, with toddlers staying for free.

It was also revealed this week that the UK government had considered and rejected a proposal for electronically tagging arrivals to ensure that they would abide by quarantine procedures.