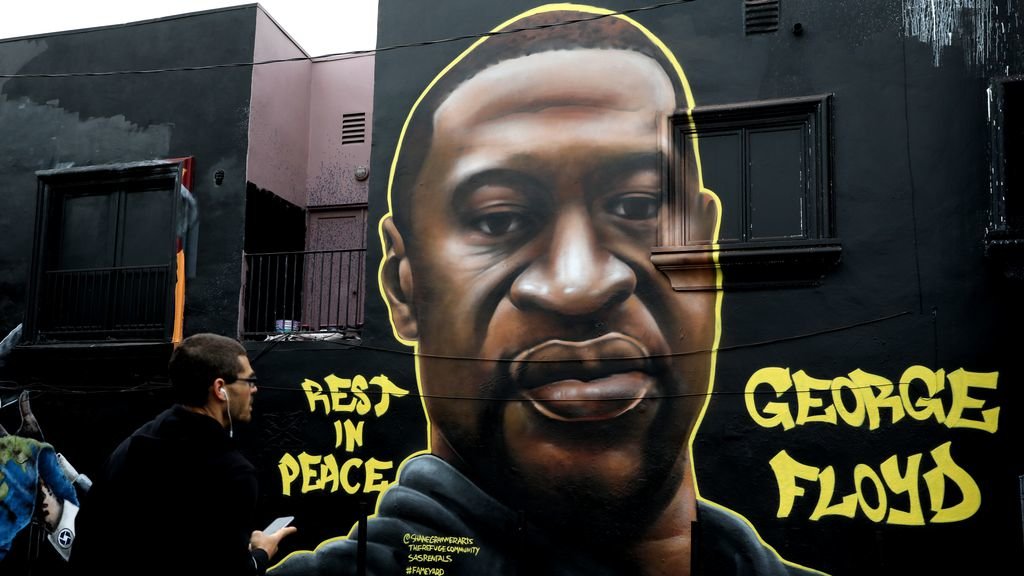 "Tell my kids I love them. I'm dead."
George Floyd told Minneapolis police officers he couldn't breathe more than 20 times before they noticed he had passed out, according to new transcripts of body camera footage filed in court.

"I'm scared as fuck, man," Floyd told the officers as they restrained him. "Tell my kids I love them. I'm dead."

Video footage of police pinning Floyd to the ground in a knee chokehold, ultimately killing the 46-year-old Black man, caused widespread outrage and sparked weeks of protests across the country. Transcripts of body camera footage show that Floyd had told officers at least 27 times that he couldn't breathe before passing out and dying.

"I can't breathe for nothing, man," Floyd told officers. "This is cold-blooded, man. Ah-ah!"

Despite Floyd's pleas, officer Derek Chauvin continued to hold Floyd down with his knee on his neck.

"Then stop talking. Stop yelling," he told Floyd, according to the transcript. "It takes a heck of a lot of oxygen to talk."

Floyd continued to plead with officers to let him breathe until passing out.

The transcripts were filed as part of a motion by former Minneapolis police officer Thomas Lane to have the charges against him dropped.

In the motion looking to have charges against Lane dropped, attorneys argue he was a new officer on the force and following the cues from Chauvin.

Although Chauvin was not Lane's field training officer, he was one in Lane's precinct and had provided the officer with instructions on how to deal with other calls.

Attorneys point out that Lane had called for paramedics and, while holding on to Floyd's legs, asked, "Should we roll him on his side?"

"No, he's staying put where we got him," Chauvin responded.

When Floyd passed out, video and transcripts from the incident show, bystanders had started to point out to police that the 46-year-old was not responsive, but Chauvin continued to pin his neck to the ground.

However, after the incident, Chauvin did check on his colleagues.

"You guys alright, though?" he asked the officers after Floyd was no longer moving.

"Yeah," Lane responded. "I mean, my knee might be a little scratched, but I'll survive."
Add Comment