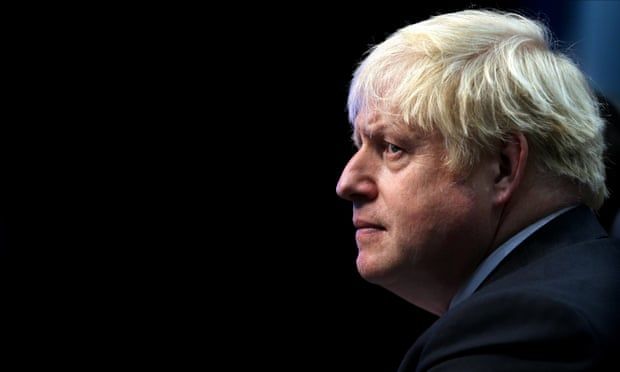 Tory rebels have vowed to keep trying to force Boris Johnson from office, as the prime minister’s allies admitted he was reaching “the beginning of the end” after a devastating result in Monday night’s confidence vote.

Johnson’s struggle to hold his divided party together will become more intense, with some of the 148 MPs, or 40%, who voted against him said to be “implacably opposed” to his premiership.

They will hold his feet to the fire as the next Partygate inquiry – into whether the prime minister misled parliament by denying any Covid rules were broken in Downing Street – gets under way in the coming weeks.

Several rebel MPs boasted the government whipping operation had been “appalling” and appeared to collapse under the weight of Monday night’s rebellion, meaning Johnson was now on “borrowed time”.

The divide between those backing and opposing Johnson threatens to derail Downing Street’s attempts to draw a line under the humiliating episode.

Though the majority of Tory MPs supported the prime minister, a significant number voted to oust him in the secret ballot held by the 1922 Committee. The result had echoes of another confidence ballot in 2018, when Theresa May won the support of two-thirds of her party but was left irrevocably damaged.

Government sources insisted the margin of Johnson’s victory did not matter, with one cabinet minister saying “a win is a win”. They said that given the result, the rebels needed to either “change the rules or shut the fuck up”.

Other allies of Johnson said drastic action was needed to restore discipline, such as sacking anyone on the government payroll who remained conspicuously silent on Monday while colleagues tweeted their support.

Though MPs were forbidden from taking pictures of their ballot paper to prove they had voted to support the prime minister, many were told to make public statements.

Another move advocated by senior Tories was to withdraw the Conservative whip from half a dozen “diehard” rebels accused of undermining Johnson and driving the campaign to oust him. The idea was said to be supported by key figures in the Johnson “support group”, made up of his most trusted colleagues.

But such moves could further inflame an already toxic atmosphere in the party, which Johnson warned before the vote was at risk of descending into civil war.

A Tory MP who voted against Johnson said his supporters “need some lessons in how to win friends and influence people” because “they’re not taking people under their arm and trying to understand, they’re being downright nasty and threatening.”

Several voiced concerns that the pending privileges committee inquiry into whether Johnson misled parliament would drag on for months, and would be dogged by further leaks of lockdown parties in Downing Street.

A senior ally of Johnson’s also admitted on Monday night that they believed his administration was “nearing the beginning of the end” because his opponents were “implacably opposed” and determined to bring him down no matter what. 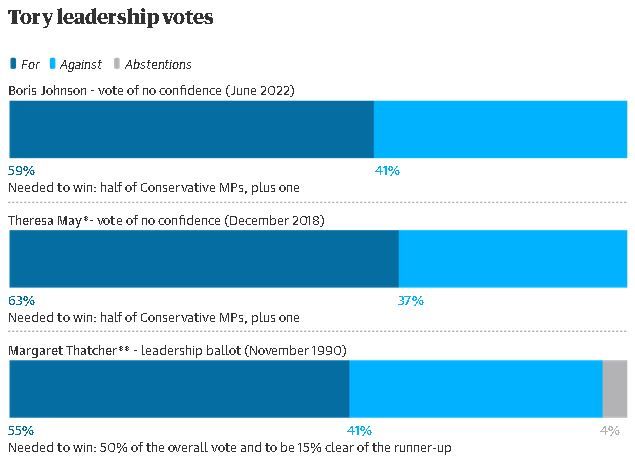 Despite party rules now giving Johnson a reprieve from facing another confidence vote for 12 months, his detractors are likely to push for this to be halved to pile further pressure on him to quit.

They hope that losses in two byelections this month would help convince more colleagues that Johnson has become an electoral liability who will lead the party to defeat at the next general election.

Some are bullish that ministers can be convinced to quit further down the line to pile further pressure on the prime minister. Potential leadership contenders and their teams are likely to remain under the radar, however, leaving no obvious candidate to take over from Johnson.

The threat of a snap general election is being used by some Johnson loyalists, who believe he has a democratic mandate to serve that should not be overruled by MPs. They argue that the government needs to pivot back to focusing on delivering its levelling up agenda.

With the Tories failing to register a lead in any national poll since December, campaign strategists are desperate to refocus on work to tackle the cost of living crisis and the backlog of NHS operations, as well as supporting Ukraine in its efforts to drive out the invading Russian forces.

Meanwhile, Labour insiders are confident that the turmoil over Johnson will only lead to the Conservatives’ popularity plummeting further and are happy to let the “chaos unfold”.