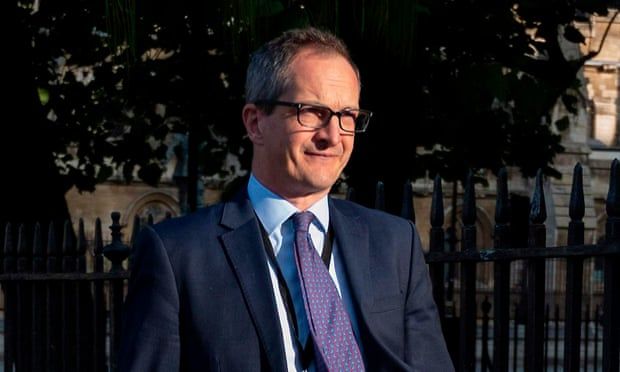 Lord Bethell had previously suggested he replaced his mobile phone in early 2021, before it could be searched for information relevant to £85m of Covid test deals that were subject to a legal challenge.

In a new witness statement, Bethell – a hereditary peer who previously advised Matt Hancock on his Conservative leadership campaign – now says he has had the same phone since November 2019 but some messages on it may have been deleted.

“I have cleared WhatsApp messages from my personal mobile phone from time to time in order to free up storage space,” he said. “To the extent that these messages related to the Abingdon Health contract, they would have been deleted.”

The secretary of state has a responsibility to preserve and search documents for information relevant to the case from the point at which judicial review proceedings were issued in late 2020, under the government’s “duty of candour”.

Bethell said his previous phone, which had been described as lost, had been handed over to a family member and had recently turned up in the bottom of a box that had been put in storage while his property was being renovated.

The former minister admits that during the pandemic he exchanged WhatsApp messages with key figures including Hancock and Prof Sir John Bell, a government adviser who was also involved in assembling the UK Rapid Testing Consortium, in which Abingdon Health was the leading company. But he says he did not use the messaging app for “official government business”.

“Short ‘chatty’ messages, diary entries or reminders about events and non-solicited approaches do not, in my view, constitute the conduct of “important government business,” he said in the witness statement for a high court legal challenge relating to the deals for the Covid tests.

Bethell accused the Labour deputy leader, Angela Rayner, of “sneering at our national effort” on Twitter on Monday after she accused the Conservatives of “corruption” over the awarding of Covid contracts.

Jo Maugham, the director of the Good Law Project, which has issued legal proceedings against the government over the award of contracts for antibody tests to Abingdon Health, said: “This is not a government that seems to regard itself as having any obligation to account to the public for its inexplicable and often rather troubling uses of public money. Bethell’s attitude to record-keeping is really just an illustration of that broader point.”

The information commissioner is investigating Bethell’s use of the messaging app as well as other private communications.

The Information Commissioner’s Office said earlier this year that its investigation “includes messenger apps such as WhatsApp and any other private channels that fall outside of the [health department’s] corporate systems. This includes looking at the retention, security and deletion of matters relevant to the corporate record to ensure that these have been handled appropriately.”
#Covid
Add Comment