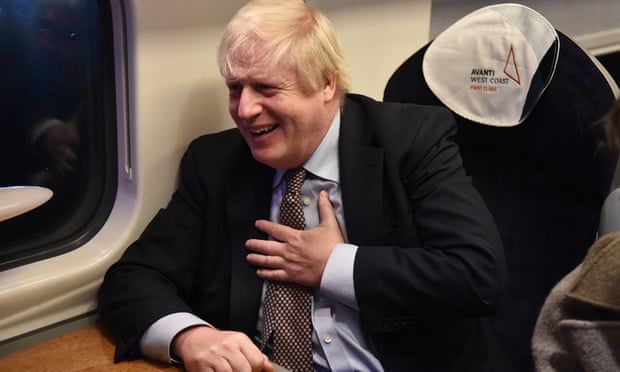 The Department of Health and Social Care (DHSC) caused alarm on Thursday when it revealed it would calculate the £85,000 cap on lifetime care costs in a way that could leave tens of thousands of England’s poorest pensioners paying the same as wealthier people.

With MPs due to vote on the proposal on Monday evening, some expressed hope that the government would make a last-minute concession in the face of increasingly angry backbenchers who fear backlash from constituents.

Christian Wakeford, the Bury South MP, expressed anger that the plans appeared to have been changed since MPs voted in September to support the £12bn a year health and social care levy that will pay for the policy.

“If we’re changing the goalposts again, halfway through the match, it doesn’t sit comfortably with me or many colleagues,” he said, warning the government: “It shouldn’t be taken for granted that we’re just going to walk through the same lobby.”

Several backbenchers told the Guardian they were considering voting against the government’s proposed method to calculate the social care cap. One former minister said they were “very concerned” about the details of how the cap would operate, and it had been “clear from the start that when you looked at the detail it didn’t meet the rhetoric”. Johnson has repeatedly said he will “fix” social care.

Another former minister said with the rebellion apparently gathering pace they hoped the government would be prepared to make a last-minute concession. Some MPs are considering backing other amendments, including one from Jeremy Hunt calling for the NHS to carry out better workforce planning.

Robert Buckland, the former justice secretary, became the most senior Tory to say publicly that he was minded not to support the changes to the social care cap on Sunday, telling LBC: “I think the government should look again at this.”

He said asking MPs to vote on the proposals before publishing more details in the promised social care white paper meant the government was in danger of “putting the cart before the horse”.

Many Conservative MPs remain angry about their treatment at the hands of No 10 over the Owen Paterson affair, when they were dragooned into Johnson’s botched attempt to protect the disgraced former MP.

The government announced on Thursday that the means-tested support families receive with their care would not be counted towards the £85,000 total, meaning those with relatively modest assets could still see themselves paying that amount in full.

He said: “This seemingly techie change has very real implications, leaving people with fewer assets with far less protection than previously planned. Changing the cap on care costs into something benefiting only households with significant assets, who live disproportionately in the south, isn’t obviously the way you’d choose to put levelling up back on track after last week’s train traumas.”

Many red wall Conservative MPs had already reacted with anger last week to the government’s integrated rail plan, which is significantly less ambitious than repeated promises from the prime minister had led them to expect.

Sajid Javid defended the social care plans on Sunday, saying that while they were less generous than proposals originally set out by the economist Sir Andrew Dilnot, who first devised the cap, they would still do “what we said we would do, which is protect people from the costs of catastrophic costs of care by capping it at £86,000”.

The health secretary pointed out that one in seven people had care costs that were higher than £86,000, and said a new more generous means test meant that “everyone, no matter where they are in the country, will be better off under the new proposals that we’ve set out, versus the current system”.

But Dilnot, who originally proposed the cap a decade ago, has said he is disappointed in the government’s approach. “The people who are most harshly affected by this change are people with assets of exactly £106,000. But everybody with assets of less than £186,000 would do less well under what the government is proposing than the proposals that we made,” he told MPs last week.

Liz Kendall, the shadow care secretary, urged Conservative MPs to support Labour in rejecting the change in Monday’s vote. “You can’t sell this to constituents: they’re going to be hit in their pockets, to protect millionaires’ mansions,” she said.

Daisy Cooper, the Lib Dems’ health and social care spokesperson, said: “These social care plans are two broken promises in one. Boris Johnson promised in his manifesto not to raise national insurance tax and that no one would have to sell their home to pay for care.

Asked whether the government would break its manifesto promise that “nobody needing care should be forced to sell their home to pay for it,” Javid said people would be able to “plan for the future” if they knew their total costs would not be more than £86,000.

He added that no one would have to sell their home during their lifetime, because of deferred payment agreements. These have already been in place for several years in many parts of the country, and allow patients to accrue a debt for their care that can be met out of their estate after their death.

Whitehall sources blamed the chancellor, Rishi Sunak, for both the less generous social care policy, and the scaled-back rail plans, with the Treasury flexing its muscles across government.

Nevertheless, the Treasury insists it has not been involved in drawing up the detail of how the care costs cap would work, and that it is up to DHSC to decide how to work within its budget.
#Boris Johnson  #Johnson
Add Comment