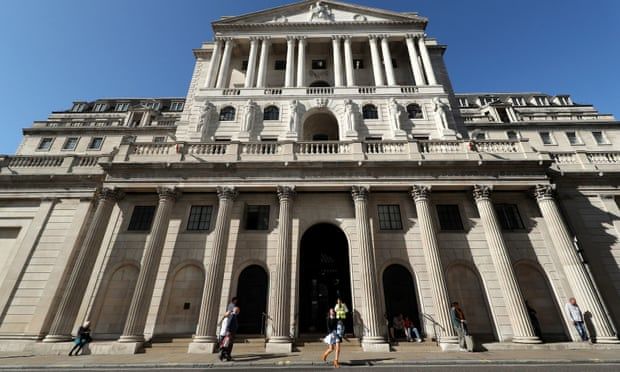 Andrew Bailey’s appearance at select committee will come amid work from chancellor to find new ways to ease cost of living
The Bank of England governor, Andrew Bailey, will face a grilling from angry Conservative MPs over inflation on Monday, as cabinet sources moved to quell the incendiary remarks about the Bank’s independence.

The governor’s appearance before MPs – which has been likened to the showdowns with former Bank boss Lord Mervyn King during the 2008 crash – will come amid intense work from the chancellor, Rishi Sunak, to find new measures to ease the cost of living before the summer recess.

Labour will challenge Conservative MPs to vote for a windfall tax on oil and gas companies in an amendment to the Queen’s speech – a move Sunak has failed to rule out but which is intensely opposed by the business secretary, Kwasi Kwarteng.

Bailey’s appearance at the Treasury select committee will come in the aftermath of growing criticism of the Bank’s performance, including from some cabinet ministers, one of whom told the Telegraph they were now “questioning its independence”.

Cabinet sources moved to quell speculation, with one dismissing the prospect as “not even up for discussion”. Another cabinet minister called independence “sacrosanct” and said the Bank’s situation was not unique: “All central banks are grappling inflation.” A Downing Street source said that Boris Johnson was not entertaining the prospect.

Harriett Baldwin, one of the Tory MPs on the committee, said there were serious questions for the Bank to answer on inflation. “I have been flagging up for a long time now the risk of them misjudging things and putting in too much monetary stimulus into the economy for too long,” she said.

Kwarteng said on Sunday that it was concerning that inflation was running higher than the Bank’s target. “It is a matter of fact that when the Bank of England became independent in 1997, they had an inflation target of 2%. Inflation is running into almost double digits now. That is an issue, clearly,” he told Sky News’ Sophy Ridge on Sunday programme.

“We have had the Covid pandemic, we have had a huge spike in economic activity after the lockdown restrictions were eased, and then, of course, you have got this war in Europe for the first time in 70 years.

“All of these things mean that it is a very difficult time and I think [Bailey] is doing a reasonable job. But it is true to say that 2% is part of their mandate and they have to keep it to 2%.”

Labour said the attacks on the bank’s independence were a distraction. Rachel Reeves, Labour’s shadow chancellor, said: “Instead of trying to blame the Bank of England for the government’s mistakes, the chancellor should call an emergency budget, scrap the hike in national insurance and back Labour’s costed plan for a windfall tax to help keep people’s energy bills down.”

The Treasury has denied plans for an emergency budget but is expected to announce some new limited measures to ease the cost of living once data on fuel prices appears within the next fortnight, which will inform the autumn price cap rise.

Tax changes will be impossible before the autumn budget, though Johnson has repeatedly insisted to MPs that he is looking for ways to cut taxes.

The shadow climate change secretary, Ed Miliband, said it was “frankly obscene that the government is refusing” a windfall tax on oil and gas companies and predicted it was inevitable, calling it an “unanswerable case”.
#Boris Johnson  #Johnson  #Covid
Add Comment