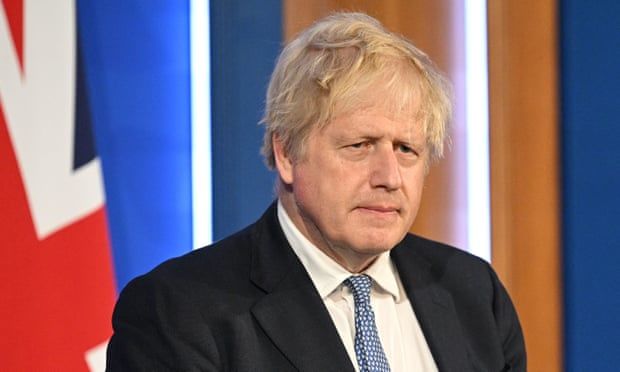 Newer MPs in particular worried about being targeted by whips if they go public or their name leaks, say rebels
Tory MPs including a junior minister are holding back from submitting letters of no confidence in Boris Johnson over fears their names will leak and they will face reprisals from the whips.

Rebel Conservatives trying to orchestrate enough names to oust the prime minister say many MPs, particularly newer ones, are concerned about the privacy of the process.

They worry that the Tory whips will be spying outside the office of Sir Graham Brady, the 1922 Committee chair who gathers the letters, and do not trust emails not to be accidentally shared or viewed by staff who have access to the accounts.

Some senior Tories who are publicly opposed to Johnson have taken on the role of conduits carrying letters to Brady. One said they had offered to take letters to Brady’s parliamentary office on behalf of colleagues concerned about leaks, as there was a pervasive feeling of mistrust in the process among new MPs who had not been through the vote of no confidence in Theresa May.

They said MPs had not been prepared to email their letters because of concerns about others having access to their inboxes or computers, and they said they had repeatedly reassured colleagues that no letters had leaked from the challenge against May.

Another Conservative backbencher said the newer MPs in particular were worried about being targeted by the whips if they went public with having submitted letters, and if the coup attempt was ultimately unsuccessful.

A third MP said some of those who have gone public with their opposition to Johnson already felt as though their lives in parliament were being made difficult by the whips.

At least one minister has been wavering over putting in a letter over fears his name could come out and he would have to resign if the challenge is unsuccessful.

Almost 20 Tory MPs have now publicly stated that they have submitted letters, and 45 in total have publicly questioned Johnson’s leadership.

If the threshold of 54 MPs submitting a letter is reached, then Brady will inform No 10 and a confidence vote will be held by secret ballot on Johnson’s future as leader.

The number of 2019 MPs who have called for the prime minister’s resignation has been growing. Simon Fell, the MP for Barrow, became the latest to publicly question Johnson’s position, saying an apology over Partygate was “insufficient”.

Fell, who was part of the “pork pie plot” of MPs who met to discuss their loss of faith in Johnson earlier in the year, stopped short of saying he had written a letter of no confidence in the PM.

“I’m left feeling angry and disappointed. It beggars belief that when the government was doing so much to help people during the pandemic, a rotten core with an unacceptable culture carried on regardless of the restrictions placed on the rest of us,” he wrote in a letter to constituents.

“To many of us, these findings are a slap in the face. The culture that Ms Gray’s report details is unforgivable and I certainly will not be defending it. There were no exceptions in the rules for the activities that took place, and there is no excuse whatsoever for them.

“As Ms Gray details, a corrosive culture and a failure in leadership allowed this to happen and apologising after the fact is insufficient … Trust matters. And standards in public life go to the heart of maintaining it – once trust is lost, the whole house of cards is at risk of collapse.”

Others from the 2019 cohort who have called for Johnson to go include Aaron Bell, Alicia Kearns, Elliot Colburn and Anthony Mangnall.
#Boris Johnson  #Johnson
Add Comment