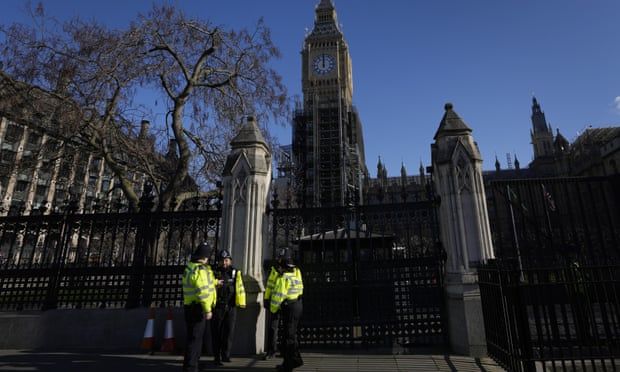 Pressure is building on the Metropolitan police from Tory MPs who want the force to investigate Downing Street’s lockdown parties regardless of the findings of the Sue Gray report this week.

Although many MPs have said that they are withholding judgment until the outcome of the Gray inquiry, some believe that the details of what is already publicly known are sufficient to merit police action.

The Met’s stance, reiterated again on Saturday, is that it is content to wait for the result of the inquiry from the senior civil servant before deciding whether to investigate if potential criminal offences are unearthed.

Since news of the first party emerged, opposition MPs have been calling for the Met to investigate, but backbench Tory MPs are now also urging the force to step in.

“The truth is that none of this should have happened. I despair at the management structure in Downing Street that this could happen,” Vickers told the Observer on Saturday night.

He added that Boris Johnson – whose political career rests on the contents of Gray’s report – should have left the notorious party held in the Downing Street garden on 20 May 2020 soon after he arrived.

“Those of us who know how these things work can see how it happened. The staff were gathering [in the garden] and somebody said: ‘Nip upstairs and see if the boss can come down and give us a pep talk.’ When the senior person got there they should have said: ‘Drink up and go home.’”

Other Tories have also called for police intervention, with Andrew Selous, MP for South West Bedfordshire, backing a Met investigation into the party allegations.

“I want every one of these allegations to be fully and independently investigated, if necessary, by the police and I want all of those, however senior, who have broken the law or government guidance to be appropriately punished,” he told constituents. 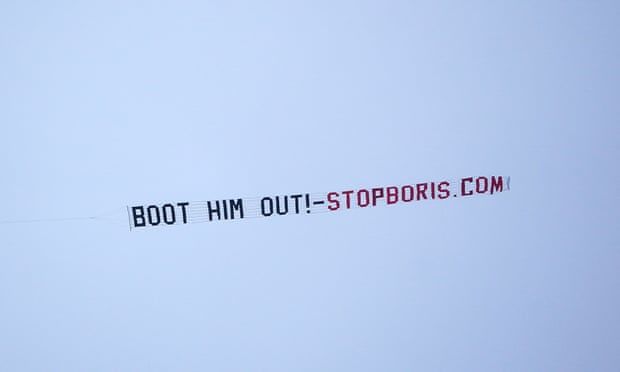 A sign protesting against Boris Johnson is flown over the Premier League match at Old Trafford, Manchester.

The Met’s explanation that they rarely investigate breaches of Covid law retrospectively has prompted disquiet among some, with claims it has allowed police to shy away from a contentious episode.

The force, though, may yet be dragged into the broader fallout of “partygate” after a Conservative backbencher who accused Downing Street of attempting to “blackmail” MPs seeking to oust Johnson confirmed on Saturday that he is to meet police to discuss the allegations.

William Wragg said he would be speaking to a Met detective in the House of Commons this week and had requested a meeting with the force.

However, many believe that Gray’s report will fall short of pulling in the police to investigate the prime minister over parties at Downing Street.

“I suspect the report will use words like ‘inappropriate’ and ‘bad judgment’, and Boris can cope with that. The only possibility of him falling is that it says it was against the law. It all depends on the phraseology to a great extent,” said Vickers.

He added that public fury has fallen short of the anger caused by the trip made by Dominic Cummings to Barnard Castle during the first 2020 lockdown, saying that incident had led to 900 emails from constituents compared with 250 over partygate.

Ironically, Cummings, Johnson’s former top aide, has driven much of the negative headlines about the prime minister, claiming that his former boss lied about lockdown parties and was also warned about the 20 May event.