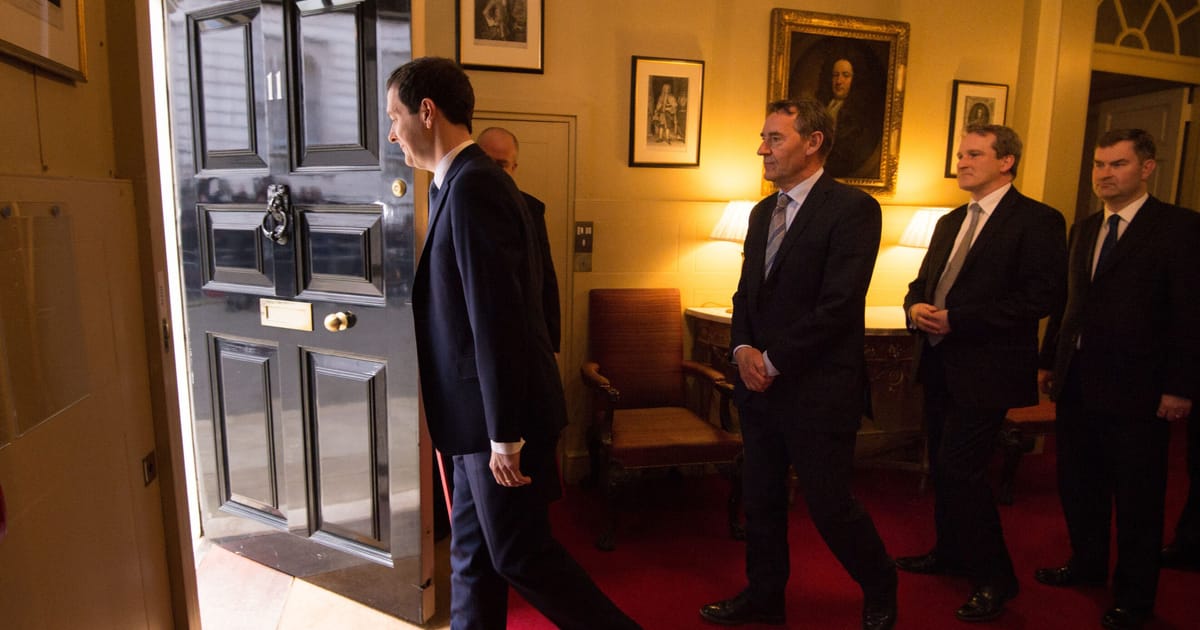 Tory MPs are fleeing the sinking ship. Will anyone give them a job?

A relatively young cohort of Conservative lawmakers is heading for the exit — but what will they do next?

Thanks, but no thanks: That’s the conclusion of a growing number of young Conservative MPs asked whether they fancy slugging it out for another five years in the Westminster maelstrom.

The Tory Party has given its MPs until Monday to decide whether they intend to stand for Parliament again at the next U.K. general election, expected in 2024.

The deadline has already proved a convenient jumping-off point for more than a dozen Conservative lawmakers — many still in the prime of their working lives — who have seen their party battered by tanking poll ratings for the past 12 months, and staring straight into the economic abyss.

Some in marginal seats may feel they were facing defeat anyway. But what exactly these young, retiring MPs do next is an open question. The list of departures includes several whose CVs aren’t exactly brimming with real-world experience.

There are “no good options” for those facing electoral defeat, one former Tory MP said, warning they either contest their seat anyway and be remembered as “literally a loser” — or else face accusations of cowardice for standing down.

While a proportion of MPs inevitably retire ahead of any election, what’s striking about the latest class of Tory quitters is that many appeared to have long political careers still ahead of them.

So far the average age of the 13 Conservatives standing down is just 49, compared to 69 for the 12 Labour MPs who have said they won’t run again.

One of the most eye-catching departures is Sajid Javid, who at the age of 52 is a veteran of several high-profile ministerial jobs including chancellor and home secretary, and who was widely seen as a possible candidate for a Cabinet return in the months ahead.

Others heading for the door are significantly younger, including Dehenna Davison, a star of the 2019 intake aged just 29; William Wragg, a 34-year-old backbencher who established himself as an authoritative critic of Boris Johnson; and Chris Skidmore and Chloe Smith, two former Cabinet ministers still in their early 40s.

The reasons behind the exodus are multiple, with the Tories fearful of dire poll ratings and braced for further voter anger over the soaring cost of living. Complicating matters further is a planned shake-up of parliamentary constituencies, making a number of safe-ish Tory seats less secure than they were before.

One former minister summarized the mood as “a fed-upness… People are starting to ask what they are doing here.”

The public perception is that MPs will not struggle for post-Parliamentary work. Forty-eight percent of the British public assume former MPs will find it easy to find a job after quitting, according to polling by Redfield and Wilton for POLITICO, while only 4 percent think they will find it difficult.

But those who’ve built a new life on the outside believe it may not be so straightforward.

Tom Blenkinsop, the former Labour MP for Middlesbrough South, quit ahead of the 2017 election after just seven years in the job over his unhappiness at Jeremy Corbyn’s leadership. 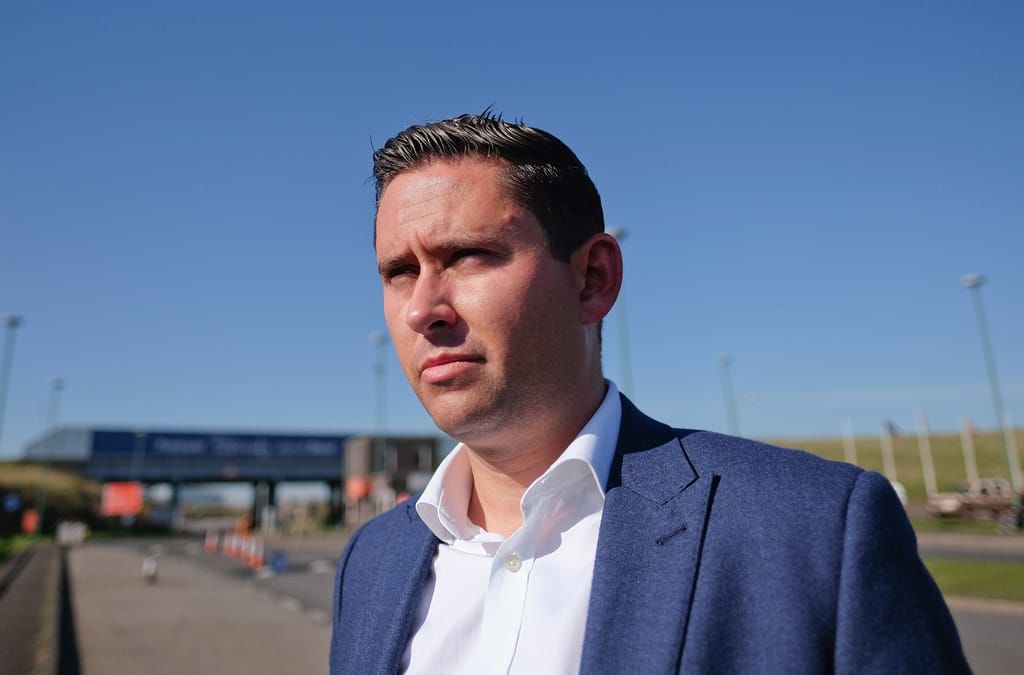 “The assumption is that you will walk into a CEO role — but it doesn’t work like that. People don’t like MPs,” Tom Blenkinsop, the former Labour MP for Middlesbrough South, said

Blenkinsop went on to work for the Community trade union and the lobbying group the Federation of Small Businesses. He says working out his next move after Westminster was no stroll in the park.

“The assumption is that you will walk into a CEO role — but it doesn’t work like that. People don’t like MPs,” he said. “They like ex-MPs even less.”

Support in finding work from powerful ex-colleagues is far from guaranteed. Those walking out rather than fighting for a marginal seat are robbing their party of an often-crucial incumbency factor, potentially making defeat more likely. This is hardly likely to foster goodwill among party bosses.

At the time he stood down, the Labour Party was seen as being a long way off a return to power, and the promise of having a former opposition MP on the books was not especially tantalizing for public affairs consultancies or lobbyists hoping to influence a Tory government. Now, with the Labour Party on the up, outgoing Tory MPs may find their own currencies devalued.

One former Labour MP suggested it was no accident many of the Tories departing through choice are those who had distinguished themselves in some way in Westminster, and are therefore seen as having decent post-Parliament career prospects.

Javid, Smith and Skidmore all have ministerial experience, with Javid already one of the highest-earning MPs thanks to lucrative side hustles in banking and tech. Davison is already a media personality, with her own show on GB News.

It is those MPs with thinner CVs, including some who never expected to be elected in the now-distant 2019 election surge for the Conservatives in so-called Red Wall seats, who will have less to fall back on.

“The Tories standing down are the ones who have a portfolio behind them which they can use in the private sector, whereas some of the Red Wall lot, this would be the best job they’ve ever had,” said the former Labour MP quoted above.

Yet while it might not be all plain sailing, there are still plenty of attractions for ex-MPs on the outside.

Virginia Bottomley, a Tory peer who became a headhunter for Odgers Berndtson after she left the House of Commons, said MPs shouldn’t feel too downbeat about their prospects. 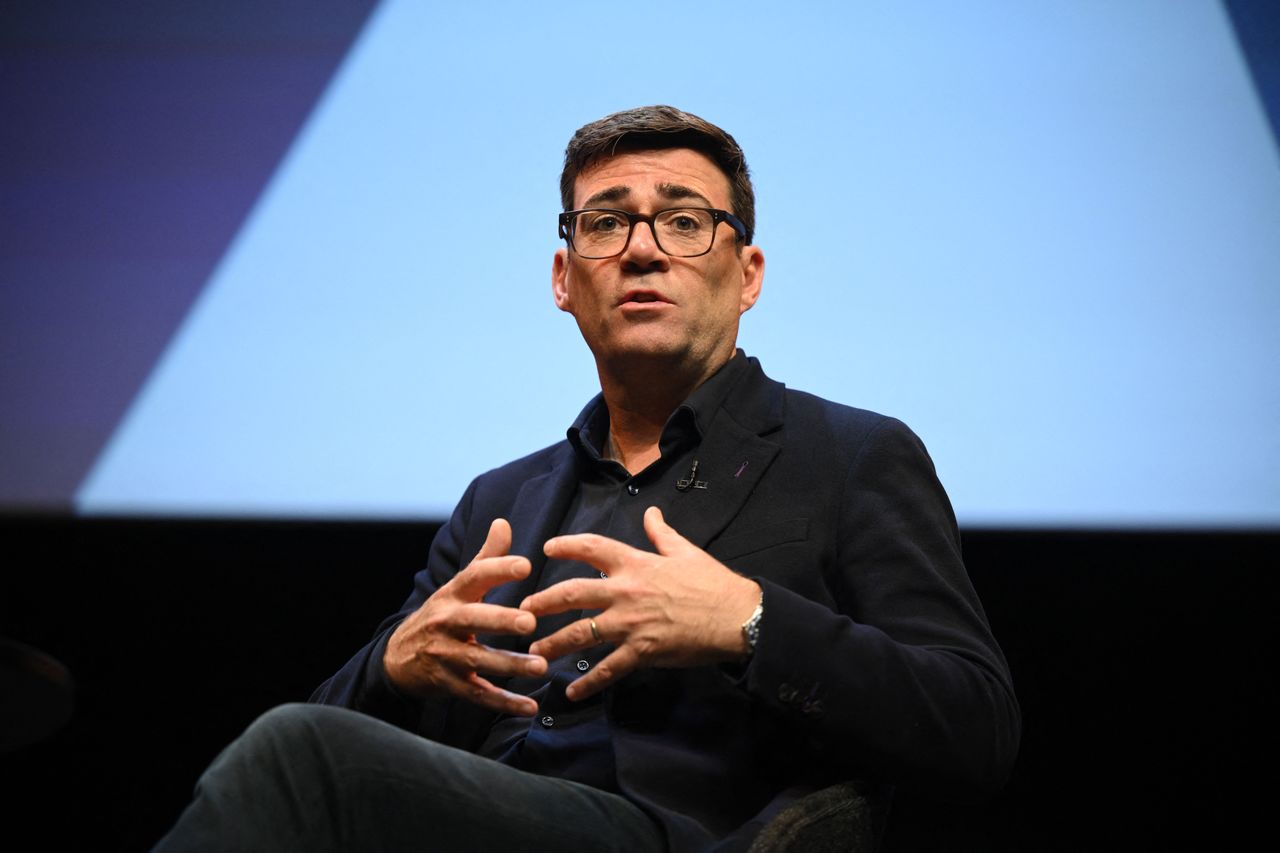 “There’s a great demand for good people to do jobs,” she said. “MPs have great skills. They are intellectually entrepreneurial, they’re self-starters, they know how to manage stakeholders.”

And the rewards of civilian life can stretch beyond the financial.

“Getting to your family and friends again is incredible,” said ex-Labour MP Natascha Engel. “Just being normal again feels like a luxury. Suddenly what you’ve got in your shopping basket in the supermarket is no one else’s business.”