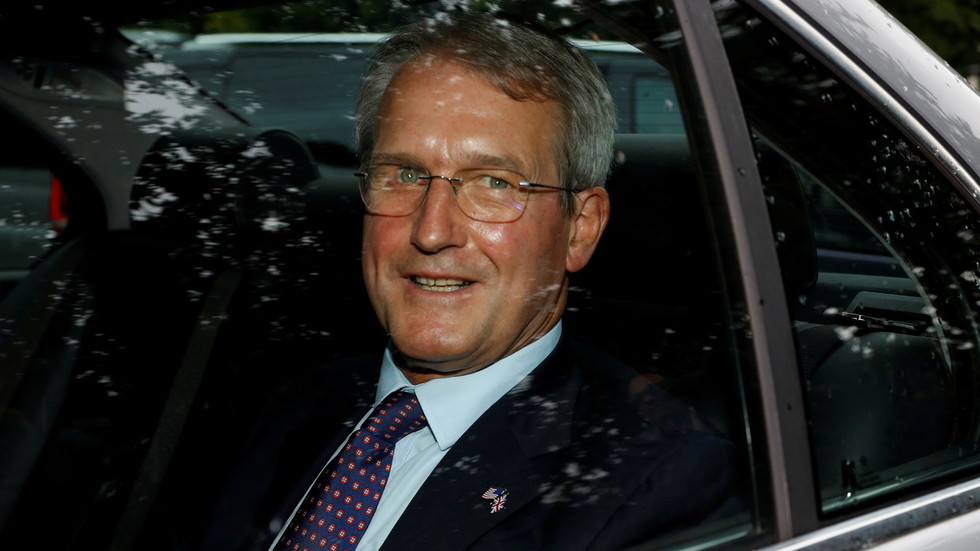 Conservative Owen Paterson has resigned as the MP for North Shropshire amid an ongoing lobbying scandal that forced the government into an embarrassing U-turn. Paterson has vowed to remain a “public servant.”

In a statement on Thursday, Paterson said that, after consulting with his family, he would be resigning from politics. The MP was deemed by the Commons Standards Committee to have broken the rules when he used his position as MP to lobby for two companies he worked for as an adviser. The roles paid him some £100,000 a year on top of his Commons salary.

“I maintain that I am totally innocent of what I have been accused of and I acted at all times in the interests of public health and safety,” he said in his resignation letter, adding that the current system did not give him the chance to clear his name. The MP described the decision as “painful” but the right one, adding: “I will remain a public servant but outside the cruel world of politics.”

Beyond having his integrity questioned, Paterson said the suicide of his wife, Rose, was ultimately “far, far worse.” According to emails leaked last month, the MP previously claimed there was “no doubt” that the “cruel” Commons inquiry into his alleged lobbying played a role in her suicide in June 2020.

In his resignation letter on Thursday, the politician claimed that the last few days have been “intolerable” for the family, noting that some MPs “publicly mocked and derided” his wife’s death. His children had asked him to resign from politics, he said.

Parliament was in the process of deciding whether Paterson should be suspended for the lobbying. On Wednesday, the government proposed restructuring the way the Commons disciplinary process operates in an effort to back their MP. The government later U-turned after a public backlash, as it became apparent that there would be no cross-party consensus.

Earlier on Thursday, Jacob Rees-Mogg, the leader of the House of Commons, said that the government would give details on a new vote concerning the MP’s potential suspension in due course.

Last week, the Commons Standards Committee concluded that Paterson misused his position, following a critical report on his behaviour by Standards Commissioner Kathryn Stone. The committee recommended that he be suspended for 30 sitting days.