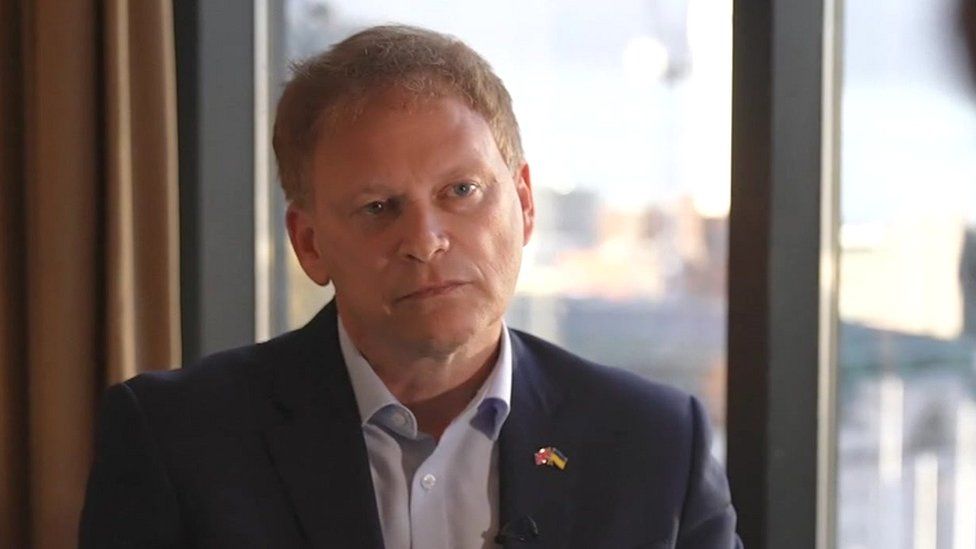 Scrapping the 45% top rate was a key part of last Friday's mini-budget aimed at boosting growth.

But it has faced a growing backlash from Conservative MPs after market turmoil and a big slide in the polls.

Michael Gove earlier hinted that he would vote against it - but Mr Shapps has now gone further.

The former transport secretary warned Ms Truss not to have a "tin ear" to voters' concerns about rising living costs and to do a U-turn as soon as possible.

"Let's not muddy the water with... tax cuts for wealthy people right now, when the priority needs to be on everyday households," he said.

MPs are not likely to get a chance to vote on the tax changes until next spring, but Mr Shapps suggested enough Tory MPs would join forces with Labour and other opposition parties to defeat it.

"I don't think the House is in a place where it's likely to support that," he told the BBC on the first day of the Conservative conference in Birmingham.

Like others who supported Rishi Sunak in the Tory leadership contest, Mr Shapps was fired from the cabinet by Ms Truss when she became prime minister.

But Mr Shapps insisted he was not being unhelpful to the new PM. "Sometimes budgets go wrong when they're announced," he said.

He cited former Chancellor George Osborne's 2012 Budget - dubbed the "omnishambles" - as an example of when economic policies have been "quickly reversed".

"And you know what? We went on to win the next election. So I mean this to be entirely helpful. There is a way through this. But the way through isn't to put fingers in the ear."

Instead of just "pushing on" with the 45p top rate cut, he said the government "needed to actually recognise that we're trying to do something here, which really isn't possible at this moment".

Later on Monday, Chancellor Kwasi Kwarteng will use his Conservative conference speech to insist the government will "stay the course" on his tax-cutting growth plan, arguing that without tax reform the country is heading for "slow decline".

Earlier, Conservative Party chairman Jake Berry warned that Tory MPs who voted against the prime minister's tax measures would be kicked out of the parliamentary party - known as losing the whip.

Talking to Sky News, Mr Berry urged Conservatives to back the prime minister, adding: "I'm sure that if we do that it will lead ultimately to long-term electoral success."

But former Levelling-Up Secretary Michael Gove - who also backed Mr Sunak in the leadership contest - said there were "two major" problems with the prime minister's plans.

"The first is the sheer risk of using borrowed money to fund tax cuts - that's not Conservative," he said.

The second, he argued, was to cut the top rate of income tax and scrap the cap on bankers' bonuses "at a time when people are suffering".

Asked if Ms Truss would be prime minister this time next year, he said she would but added: "There needs to be a course correction."

And asked on the Telegraph's Chopper's Politics Live podcast if the prime minister had a mandate for her tax changes, Mr Gove argued she did for changes to National Insurance and corporation tax - because she had campaigned for them during the leadership contest.