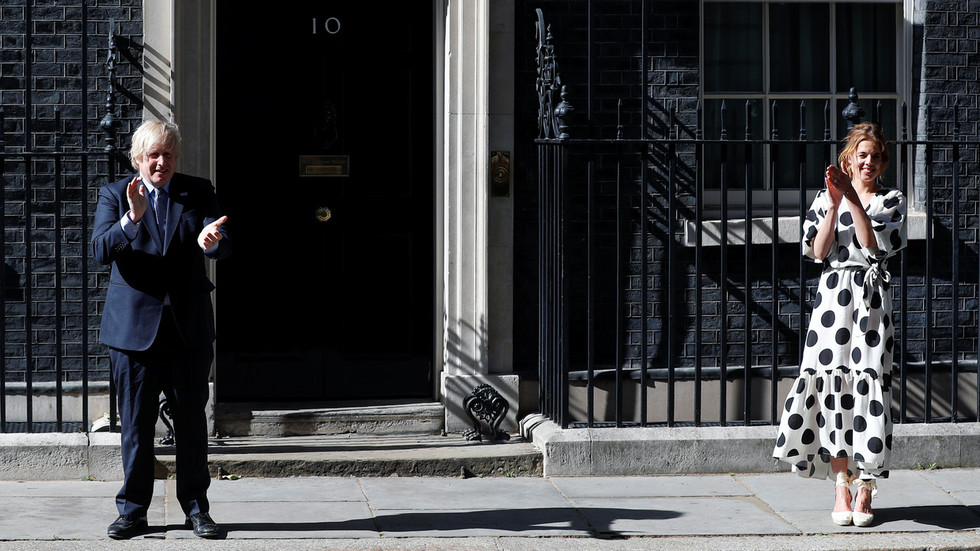 Brits are up in arms over reports that Prime Minister Boris Johnson is planning to create a charity which would help foot the bill for his fiancée Carrie Symonds’ expensive makeover of No. 10 Downing Street.

Johnson was reportedly left shocked by Symonds’ “out of control” spending on the redesign, which he allegedly said had cost more than £100,000 (nearly $140,000), according to the Daily Mail.

The PM was “particularly alarmed by the cost of wallpaper chosen by Miss Symonds,” who appeared to have chosen “gold wall coverings” from a luxury brand where prices start at £100 per meter. Johnson is now eyeing the creation of a charity to help pay for it all, the Mail reported.

Warned by advisers that it would be unethical to ask Conservative Party donors to help pay for the revamp, Johnson was apparently told that the “most practical and ethical way to secure extra financial help” was “by establishing a new charitable fund” which would “maintain not just the No 11 flat, but also other parts of Downing Street.”

This could then “be presented as having a wider heritage purpose that would benefit future prime ministers, not just Mr Johnson.” The PM has reportedly agreed to the proposal.

Brits on social media, however, were not so keen on the idea, calling it “completely tone-deaf” amid an unprecedented pandemic and economic crisis.

“Certain that millions of Britons struggling through this crisis will be sympathetic to a millionaire Prime Minister, reaching out to multi-millionaire chums, to plaster Number 10 Downing Street with a ridiculously expensive wallpaper,” reacted journalist Otto English, while another person pondered“what favours the donors to this fund will receive in return.”

Others took issue with the 32-year-old Symonds’ aesthetic tastes, calling the pricey Lulu Lytle wallpaper she’s reportedly fond of “hideous” and “an affront to the eyes,” with one suggesting that the discount store Poundland could send some “low cost ornaments and bits n bobs” to Johnson's “threadbare” apartment instead.

Symonds – who is 24 years younger than Johnson – has become an increasingly controversial figure in UK politics following reports that she has had considerable policy and personnel influence on the prime minister.