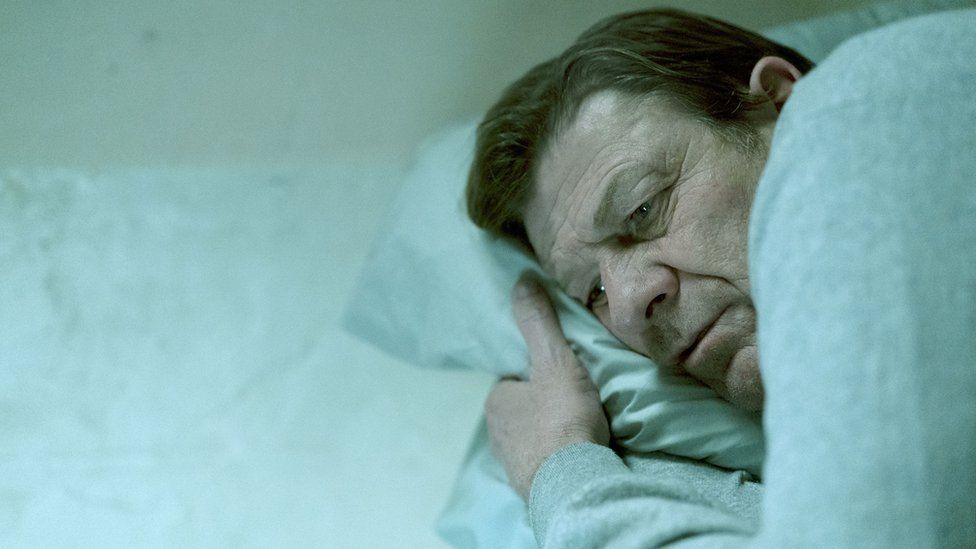 Time: How realistic is the BBC prison drama?

"A wake-up call to potential offenders." "An interesting insight." "Worrying if this is a realistic portrayal."

Those are just some of the ways Time, the recent BBC prison drama, has been described by viewers.

The show portrays the UK's jails as dangerous and under-resourced, where prisoners have to turn to violence to gain respect from others and staff are blackmailed into smuggling in weapons and drugs.

Former prisoner Mike Boateng, 29, tells Radio 1 Newsbeat that most of the show is "spot on".

And Vanessa Frake, a retired prison officer with 27 years of experience, says it's "one of the most realistic" prison dramas she's seen - but there are some "little things than niggle me".

Fights over food and phone calls 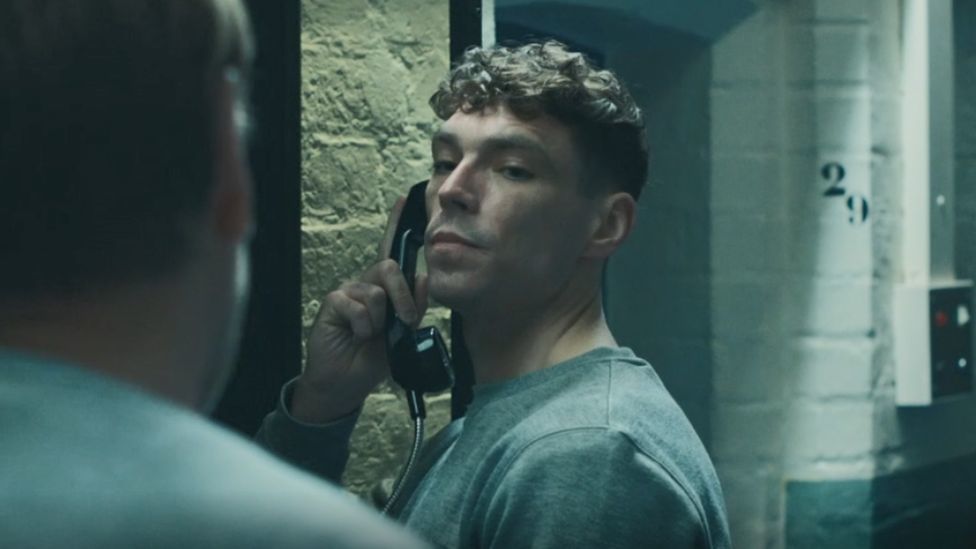 In the drama, Sean Bean's softly-spoken character, Mark Cobden, has to learn fast to survive his sentence, surrounded by violent criminals.

A fellow inmate, Johnno, steals Mark's food, punches him in the face and takes precious minutes of his allotted time on the phone to his family.

The bullying only stops when Mark - against all his instincts as a gentle school teacher - lashes out, almost biting off Johnno's ear.

So does violent behaviour by some prisoners rub off on others?

"I did see it happen to a lot of people," Mike tells Newsbeat.

He has been to prison twice - once for fixing football matches, and once for growing cannabis.

He "thankfully" didn't get picked on, but says he could do nothing but "feel sorry for" those that did.

"If someone's having dramas with another person you can't really get involved, unless you're willing to put yourself on the line for them." 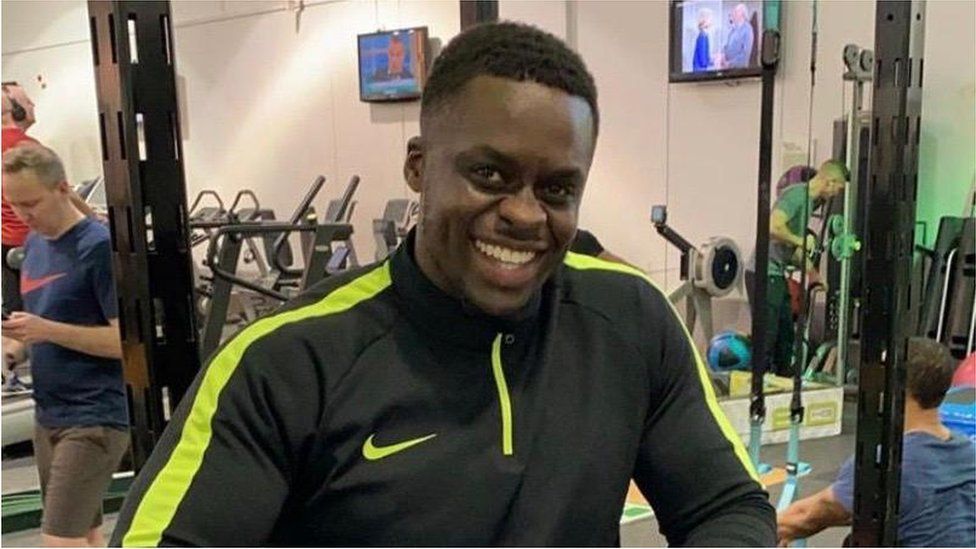 Over the past year, recorded violence among prisoners has decreased, as Covid has meant prisoners have been kept locked in their cells for longer hours.

But pre-pandemic, violence between inmates had been on the increase.

Mike says that prisoners with tense relationships - such as those on opposite sides of gang rivalries - will sometimes be put on separate wings to reduce the chance of fights.

But he adds: "Sometimes the jails are full up, so it's hard to keep people away from each other."

The danger of being a 'grass' 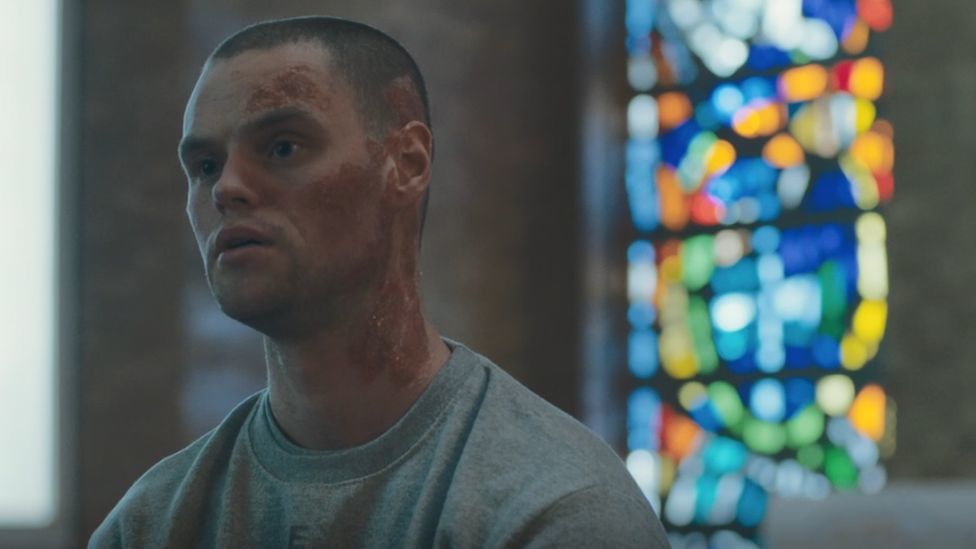 In Time, it never crosses Mark's mind to tell staff he's being bullied.

The reasons for that are made pretty clear in the first episode, when he sees Johnno throw a lethal mix of boiling water and sugar on another prisoner.

The victim, Baz, is badly burned. But he later tells Mark and others: "They did it because they thought I was a grass - so the last thing I want to do is grass them up and prove them right."

"Even if you're seen to be quite close to a gov [prison officer], people will start looking at you funny, thinking that there's an ulterior motive or you're a grass or a snitch."

As for Time's sugar water scene, Mike says: "Things like that do happen." 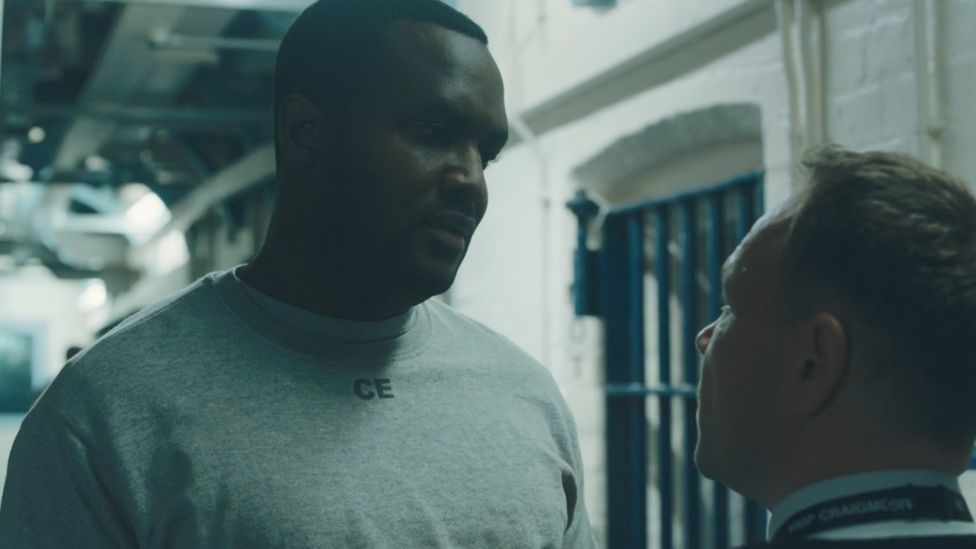 The other major storyline is that of prison officer Eric McNally, played by Stephen Graham, who is blackmailed into smuggling weapons and drugs into HMP Craigmore in order to save his son from thugs in another prison.

Vanessa, who has written a memoir on working in jails, says prisoners would often try to get special treatment from staff.

Even for small favours such as asking her to post a letter for them, Vanessa's answer was always no.

"Don't give them any more than they're entitled to, and nothing less," she says - adding that Eric's decision to accept the blackmailer's terms "didn't make sense".

"You can divide and conquer. We had something similar at Wormwood Scrubs and basically we took them all down the seg, separated from the rest of the jail, and eventually shipped them to all corners of the UK."

Vanessa says prisoners trying to threaten an officer would also likely have their security status increased to Category A, so they'd be sent "somewhere lovely like Belmarsh". 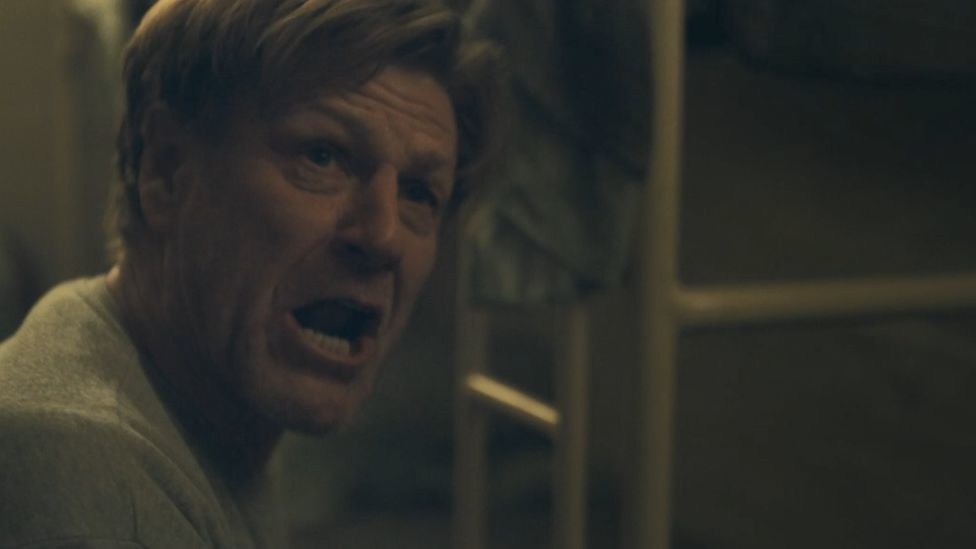 One of Time's bleakest scenes is the suicide of Mark's first cell-mate, Bernard.

When Mark realises he's stopped breathing and presses the emergency button to get help, one officer arrives quickly but isn't allowed to come into the cell until he has back-up.

They're too late to save Bernard.

It's only in life or death, "code red" situations that they'd call for back-up.

"You could be battering your cell-mate and I'm not sure if much can really be done," Mike says.

The rules are all about protecting staff from being outnumbered by prisoners.

There are more than 78,000 prisoners in public sector prisons in England and Wales, according to the Ministry of Justice. That's more than triple the number of prison officers.

An MoJ spokeswoman told Newsbeat it's spending £315m to improve the prison estate - which includes a recruitment drive.

The service is "working hard to retain staff" by providing career progression opportunities and spending "significant" amounts of money on safety measures, she added. 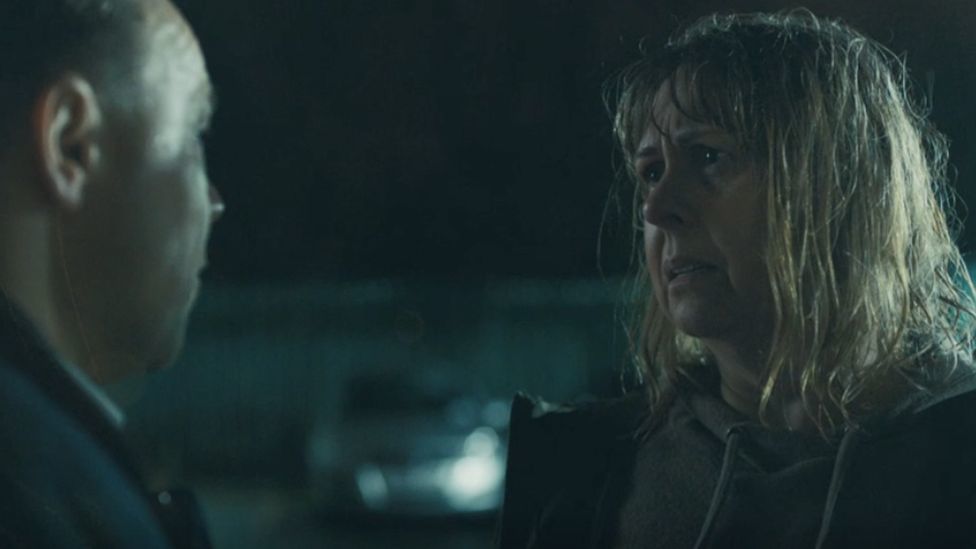 In Time, Eric tells Bernard's family that "half the men in this place" are so mentally unwell that they should be in hospital, not prison - "but there's no room for them".

Vanessa says there's a lot of truth in that.

"There are a lot of people in prison who do have really serious mental health issues, but the issue is what do you do with them?

"There is nowhere for them to go."

Vanessa saw several suicides and many attempted suicides over the years, and it "never gets easier" to deal with.

But she feels the number of lives saved by prison officers is something under-reported by the press.

"One of the reasons I wrote the book was because I wanted the public to know really what it was like and not to believe everything that they read in the paper or see on TV."