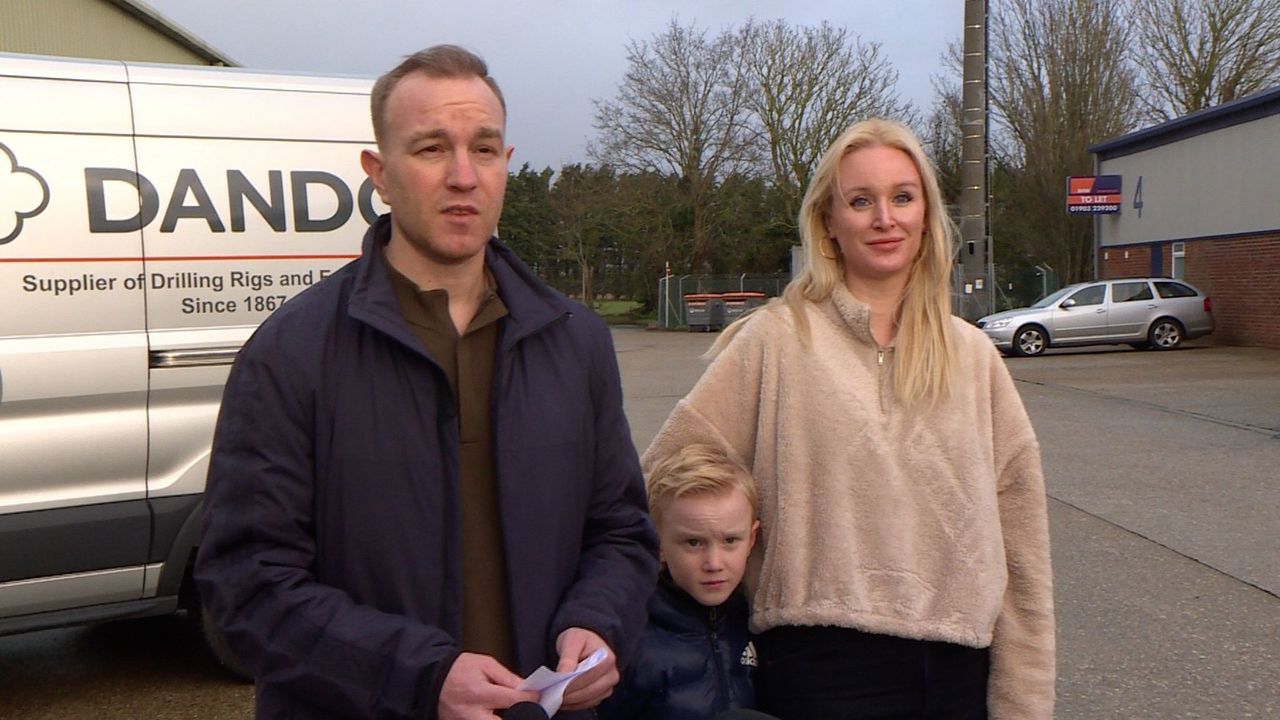 'They wanted to jail a banker - I was that banker'

Tom Hayes, the first banker to be jailed for rigging interest rates, has told the BBC he believes fresh evidence will show his conviction was unsafe.

It raises questions about more than 20 other cases and some of the only bankers prosecuted in the UK since the financial crash.

His case is now being examined by the Criminal Cases Review Commission.

The Serious Fraud Office (SFO) said he was found guilty by a jury and the Court of Appeal upheld the conviction.

"I don't blame the jury for it but they were presented with a false narrative and they reached a conclusion based on those facts. I believe had they been presented with full evidence they would have reached a very different conclusion," Mr Hayes - who was jailed for 11 years and served five and a half - told the BBC in his first TV interview since being released.

"This wasn't an easy sentence. In that time, I lost my mind, I lost my mental health. I suffered deep bouts of depression. I harboured suicidal thoughts often. I was very angry and bitter. I struggled with my emotions.

"Now I sit here in the park and I can smell freedom... but believe me, when you're sitting in a cell for 23 and a half hours a day with two other gentlemen and there's not even room to stand up - that's difficult, very difficult."

The former UBS trader was found guilty of manipulating Libor, the benchmark that tracks the interest rate banks pay to borrow cash from each other.

The new evidence is part of eight grounds of appeal now being examined by the Criminal Cases Review Commission (CCRC), the body set up to review allegations of miscarriages of justice.

In 2015, the SFO called Tom Hayes the "ringmaster" of an international conspiracy to rig interest rates. After a jury returned a guilty verdict, he became the first UK banker to be jailed since the financial crash. 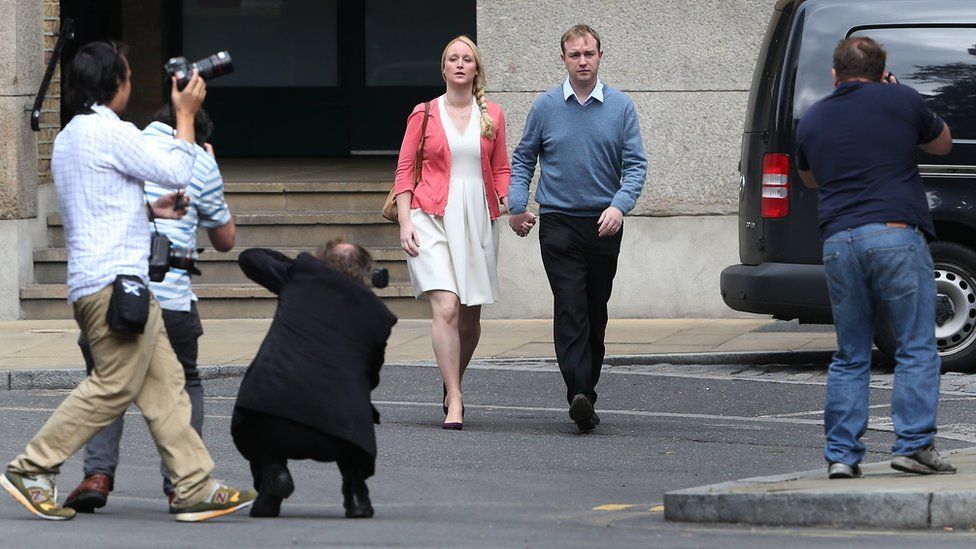 Rulings made prior to his 2015 trial outlawed any consideration of a bank's commercial interests when setting the Libor benchmark.

They followed evidence from a key prosecution witness, John Ewan, who said it was against the rules to allow a bank's trading positions to interfere with the process of setting that interest rate and that at no point did he suspect that was taking place.

Mr Hayes says the new evidence, of a conversation involving Mr Ewan at the body that regulates Libor, is in "stark contrast" to that testimony.

The rulings have since been used by the SFO to prosecute 23 further defendants in subsequent trials for interest-rate rigging.

However, more have been acquitted than convicted as defendants' lawyers questioned if traders' conduct was regarded as unlawful at the time.

Criminal proceedings have also been issued in the United States against six defendants for the same offence, resulting in four convictions, two of which have been overturned.

What the FTSE or Nikkei are to share prices, Libor is to interest rates - an index that tracks the cost of borrowing cash between the banks. It's used to set interest rates on millions of residential and commercial loans around the world.

To work out Libor each day, 16 banks answer a question - at what interest rate could they borrow money? They submit their answers and an average is taken and published as Libor (the London Interbank Offered Rate).

The evidence against Tom Hayes and other traders consisted of messages and emails asking for those interest rates to be submitted "high" or "low".

Mr Hayes acknowledges his hope was it might move the Libor average in favour of his bank, UBS, which could make or lose money on trades it had done linked to the Libor rate.

"I sent emails and I made phone calls in full knowledge that all of these things were recorded. And I did it with abandon, because I didn't believe I was doing anything wrong," he said. 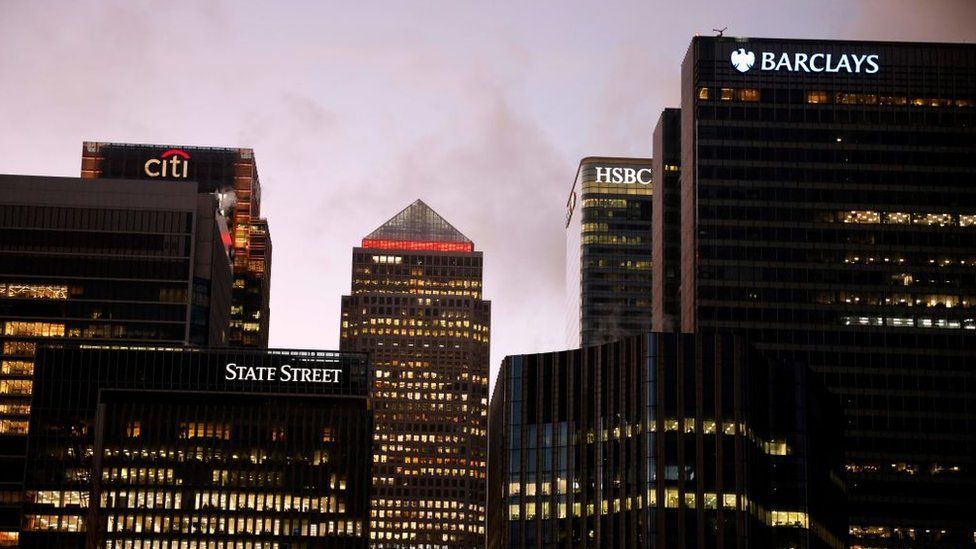 While prosecutors said it was "self-evidently" corrupt, a key plank of his defence was that it was normal practice to ask for "high" or "low" rates - as long as they were still accurate.

Each day banks were able to borrow at a number of slightly different rates (e.g. Barclays offering 3.18%, HSBC offering 3.20%, Lloyds offering 3.19%), creating a narrow range of rates which were all accurate answers to the Libor question - at what interest rate could you borrow?

It was standard industry practice, according to the CCRC application for Mr Hayes, to select a rate within that accurate range best suited to the bank's commercial interests - based, for example, on the trades it had done. That was, according to him and the other defendants in rate-rigging trials, in line with a fiduciary duty they had as part of their jobs to do all they could to maximise revenues and minimise losses for their banks.

However, in his closing speech to the jury, SFO prosecutor Mukul Chawla repeatedly attacked the idea of a range, claiming that "range…does not exist".

Prior to Mr Hayes' trial, presiding judge Mr Justice Jeremy Cooke found that any attempt to influence a Libor submission to suit a bank's commercial interests was in breach of the rules.

His finding, upheld by the Court of Appeal, established a precedent which was then used to prosecute 24 money brokers and traders at other banks such as Barclays and Deutsche Bank.

Mr Justice Cooke made his finding after seeing a witness statement from key prosecution witness John Ewan, who previously oversaw the rate-setting process at the British Bankers Association, which owned and supervised Libor.

Mr Ewan's witness statement prior to Mr Hayes' trial stated that attempting to move Libor to help a bank's trades was against the rules. The former Libor manager at the British Bankers Association testified that "at no point" did he suspect this was taking place. If he had been aware of it, it would have been investigated and steps taken to stop it.

But while in prison Tom Hayes came across a transcript, disclosed in US criminal proceedings but not at his trial. He says it shows taking trades into account was seen as acceptable if the rates submitted were "representative" - meaning they reflected the real rates at which banks were offering to lend cash that day.

"I was going through piles of paperwork in my cell and I couldn't quite believe what I was reading.

"John Ewan said in that conversation: 'I don't know if this is the result of any derivatives trading going on but the rates are representative so from that point of view I'm fine.'"

"Now had commerciality not been allowed in the decision-making process, the moment he knew, or suspected that this was a result of derivatives trading going on, he wouldn't have cared whether the rates were representative or not, he would have straightaway said: 'Well, this is against the rules. I need to investigate.'

"It's absolutely in complete contrast to the rulings made by the court, to the evidence given at my trial."

The BBC offered John Ewan an opportunity to comment but has received no response.

At a later trial in early 2017 Mr Ewan acknowledged under cross-examination it was legitimate to set Libor with commercial interests in mind within the range of high or low rates that were "representative" of offers in the market.

The defendants in that trial were acquitted.

Mr Hayes has filed an application, running to more than 2,300 pages, currently being considered by the CCRC, the body set up to review miscarriages of justice.

In it he also questions why key evidence of Bank of England involvement in "rigging" Libor was not disclosed at his trial.

In 2017, the BBC discovered a secret recording implicating the Bank of England in rigging Libor in 2007 and 2008, pressuring banks to under-state what they were paying to borrow cash - a practice known as "low-balling", for which banks have been fined. It prompted MPs to call for an "immediate inquiry". 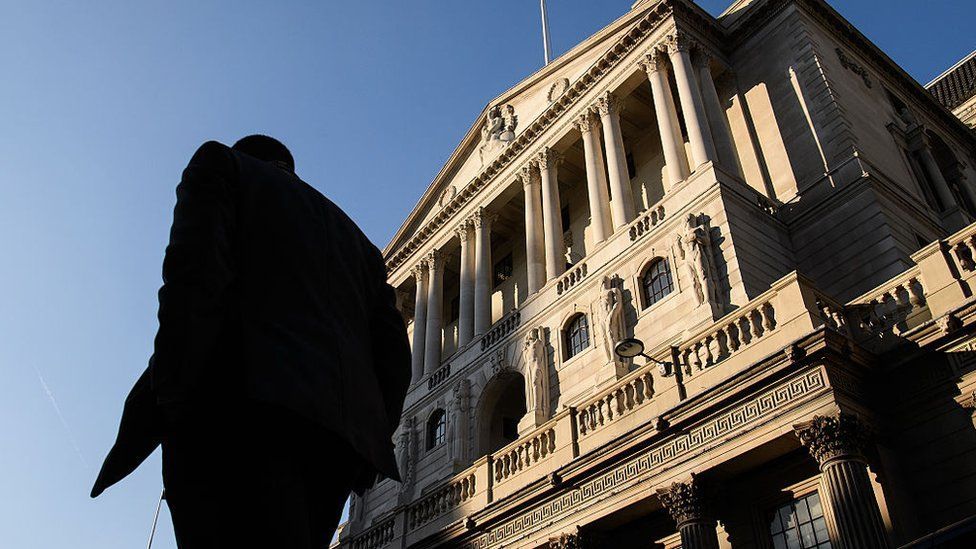 "Unfortunately some of that evidence was not actually in front of my jury," Mr Hayes said.

"But there was no desire to go after the real story here, which was the low-balling story - which was the submission of false and inaccurate rates - because it was just easier for everyone to go after the traders. At the time it was expedient that, for political reasons, a banker went to prison and I was that banker. I was given an egregious sentence and my life destroyed."

"At certain times, such as during the height of the 2008 financial crisis, submissions were actually being manipulated at the request of the Bank of England," Judge McMahon stated in her sentencing remarks.

She later added: "I'm always uncomfortable when I'm asked in any context - it usually happens in the drug context - to sentence the low man on the totem pole while the big guy goes free."

The Bank of England has said Libor was not regulated in the UK at the time.

The SFO maintained throughout Mr Hayes' trial and subsequent trials between 2016 and 2019 of traders at Barclays and Deutsche Bank that it was investigating low-balling and would pursue the evidence "as high as it went".

However in December 2019, it shut down its investigation into low-balling.

In a short statement, the SFO said: "Tom Hayes was found guilty by a jury of manipulating the Libor benchmark, and the Court of Appeal upheld Tom Hayes' conviction."