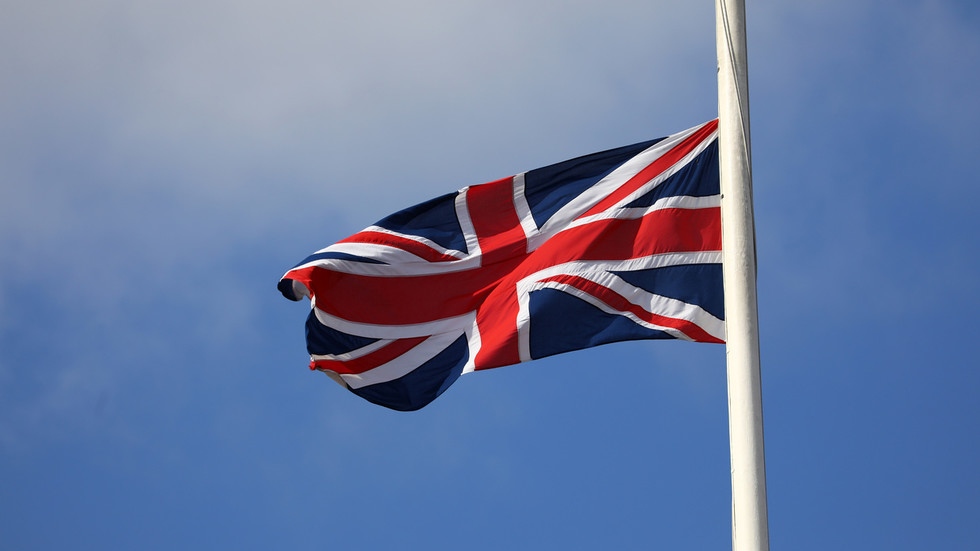 Once renowned for its irreverence and flippancy, the UK has become a nation of overly sensitive establishment-loving gimps triggered by anyone taking the pee out of flags or princes. Frankly, it’s embarrassing.
Allow me to tell a sorry tale.

Every Saturday and Sunday, I drive to a slightly less polluted stretch of Greater London to walk my dog and, en route, indulge in a guilty pleasure: BBC Radio 2.

For the uninitiated, Radio 2 is the broadcast equivalent of comfortable footwear. It’s where you go when Radio 1, the station for young, hip types, is too young and hip for you. At weekends you get fluffy, fun presenters offering pleasingly inane chat and even more pleasingly familiar tunes, dragging you temporarily away from grim reality.

Put it this way: on Sundays, it has a two-hour show entirely devoted to numbers from musicals.

It never at any point takes itself seriously.

But last Saturday, I had to switch it off. Last Saturday, as I settled into the driver’s seat with a packet of wine gums, the DJ informed me that, for the duration of the whole weekend, the station would only be playing gentle music, to soothe listeners after the death of Prince Philip.

“F**k off!” I shouted at the car stereo, startling the dog. “I want to sing along to ABBA and listen to phone-in quizzes about the Eighties.”

Radio 2’s editorial decision was symptomatic of a collective loss of dignity over ‘Banter Legend’ Phil’s demise. The BBC and other channels flooded the airwaves with programmes about him, while news apps required several flicks of the thumb before you found anything unprincely. (Note to potential conquerors of these isles: you missed a prime slot for an invasion.)

I understood some of it. He held a lofty title, was part of the furniture, and 99 is no age at all to go. So, yes, a big deal, national news and all that. Black armbands at football, flags at half-mast, show some respect. But why take away my comfortable shoes?

It was also symptomatic of a bigger, more humiliating problem: Britain isn’t capable of being ‘cool’ about this stuff anymore. We’ve become weirdly more ‘establishment’, and in a very unfunny way.

For much of the last 60 years, Britain had a ‘brand’ that I was proud of. It was irreverence. We could take the piss out of anyone: the establishment, national symbols, historical figures, the church. Our comedy was rife with the poking of fun, even when much of it came from ostensibly establishment sources like Oxbridge.

Nor was there much awkwardness or argument about other elements of the British brand. The Union Jack was our logo and it was pretty cool. I point you to the opening scene of ‘The Spy Who Loved Me’, or the red, white, and blue Minis of ‘The Italian Job’. I point you to Ginger Spice’s famous Union Jack dress, and the mad flag-waving at the Last Night of the Proms. All daft but affectionate uses of the design.

The royals? Well, you had obsessives, but rarely beyond a disturbingly large collection of commemorative plates, and the world’s most famous dysfunctional family was always fair game for satire. Just take a look at ‘Spitting Image’.

Brits weren’t precious about these things, or ourselves. Flippancy was the name of the game. Britishness was all about being understated and not taking things too seriously. After all, it’s not like we were at (real) war or anything.

Proper political protests were reserved for genuinely important things like apartheid, the miners’ strike, the Poll Tax, and the invasion of Iraq (second time round only). We didn’t have thousands of people taking to the street to protect statues. In fact, no one cared about the existence of statues unless they were going to cause traffic issues near their house. Nobody even looked at them unless they featured naked people.

Something’s happened, though. Something un-British. We’ve become a nation of flag-shaggers, statue nonces and royal lackeys. (Again for the uninitiated, ‘nonce’ is a slang term for a sex offender, so you can infer that ‘statue nonce’ is not a term of endearment.)

An increasing (or increasingly vocal) number of people seem to revere these establishment symbols unquestioningly, almost religiously, and without one iota of humour. To mock, satirise, or query them causes a flood of outrage from the puce faces of Little Englanders (and it is mostly the English) across social and mainstream media.

These same voices are all for satirising other religions, by the way; just don’t say anything bad about the Empire, or compare Prince Andrew – who hung out with an actual nonce – with Meghan Markle.

“Wokery!” they scream at practically anything. “You hate Britain!”

Of course, every action has an equal and opposite reaction. Now, people who aren’t quite so performative or unquestioning in their patriotism are also far less flippant. They now look at these national symbols differently: some with discomfort, some with outright anger, because the meaning has changed.

And many do indeed take this to ridiculous, face-punching levels of ‘wokery’, which then triggers the establishment-lovers, and thus we spiral ever downwards.

It’s a sense of humour and perspective failure on a national scale. Our brand has gone from irreverence to pettiness, and nobody’s going to buy that. It’s embarrassing.

Why has it happened? It could be the UK’s fading power and significance. It could be our heavily and increasingly right-wing-dominated mainstream media. Maybe it’s because we haven’t had a proper war in ages to give us perspective, or because people are craving a bygone age that they’ve been sold but which never existed.

Maybe, in a world that gives them less and less, people are desperately clinging onto a distorted pride in past events that had nothing to do with them. It’s almost certainly to do with the toxic and undying Brexit debate, and if social media isn’t a potent ingredient, I’ll clean Mark Zuckerberg’s armpits with my tongue.

Or maybe there’s been a huge and unreported surge in haemorrhoids across the country, and we’re all in so much pain we take everything too seriously.

Frankly, I don’t care how it’s happened; I just want the embarrassment to end.

I want people to stop taking flags and statues and symbols so seriously. That’s not how the British do patriotism, it’s how the Americans do it, and it’d be nice if some aspect of our culture remained uninfluenced by them.

I also want people to calm the f**k down about how 'evil' all these things are and take the piss instead – it's more effective.

In short, I want Brits to get back to caring less, being funnier, and being ‘cool’ again. (Says the man who just wrote an unfunny article on how much it annoys him.)
#Mark Zuckerberg
Add Comment