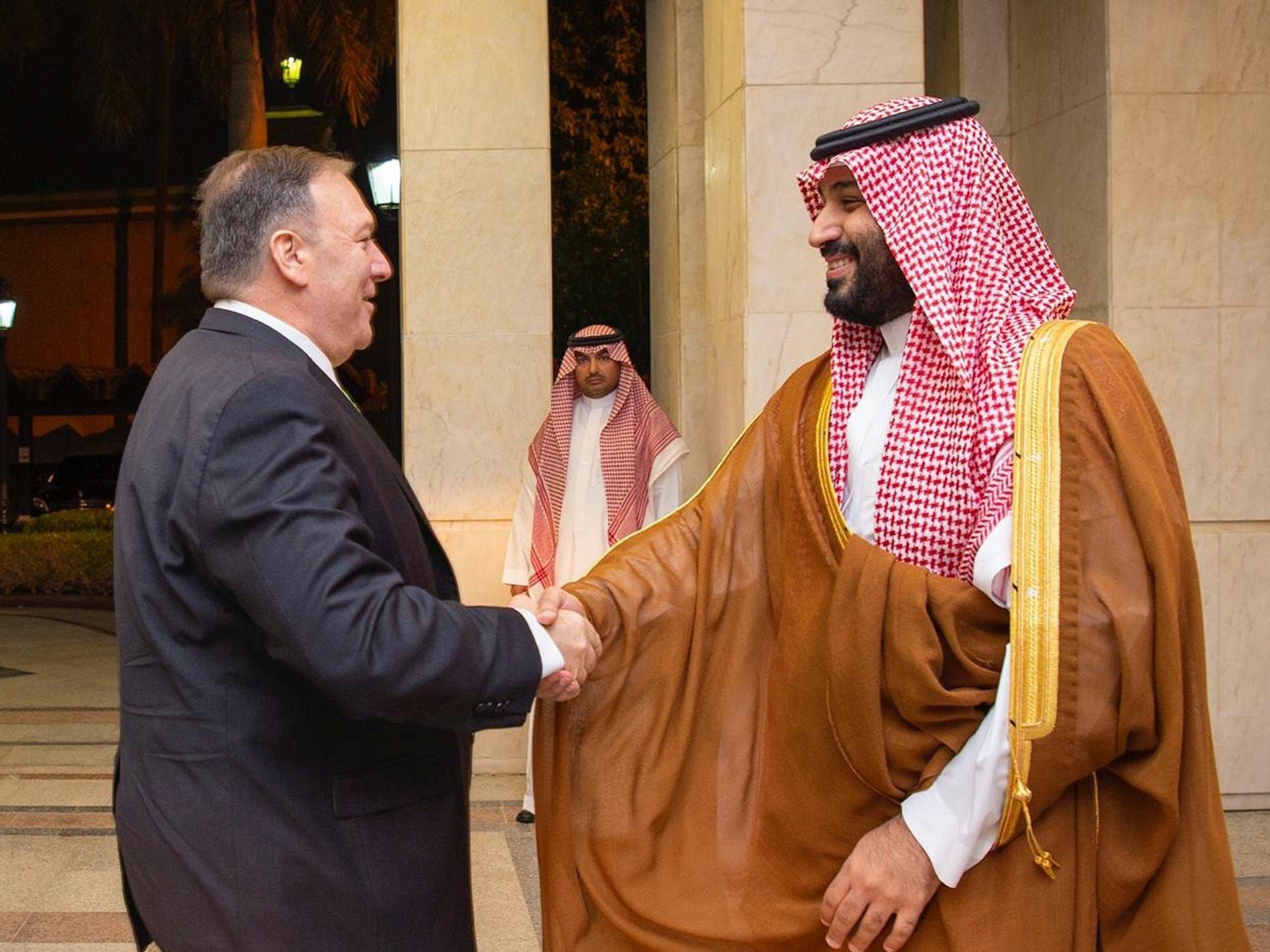 The Trump administration is mulling immunity for Saudi Crown Prince Mohammed, who is accused of sending a hit squad to kill an exiled spy chief

Saad al-Jabri, a former Saudi intel official, filed a complaint in a US federal court accusing Crown Prince Mohammed of ordering a hit squad on him.
President Donald Trump's administration is deciding whether to offer immunity to Saudi Crown Prince Mohammed bin Salman, who was accused in a US federal court of trying to kill an exiled spy chief, The Washington Post reported Monday.

In August, Saad al-Jabri, who spent decades at the top of the Saudi Interior Ministry, sued Crown Prince Mohammed in a federal court in Washington, DC, claiming a hit squad was sent to kill him in Toronto, Canada, in October 2018.

According to The Post, lawyers for al-Jabri received a letter in November from the US State Department asking for their legal views on whether it would be right to grant immunity to the crown prince.

A major line of defense submitted by Crown Prince Mohammed's lawyer, Michael Kellogg, in a motion to dismiss the claim filed on December 7, 2020, was that, as a world leader, the prince was immune from prosecution.

"The immunity of foreign officials from suit in the United States is governed by the doctrine of common-law foreign sovereign immunity," Kellogg wrote in the 69-page filing.

The motion to dismiss did not explicitly counter any of al-Jabri's allegations, and instead focused on undermining his legal arguments.

It is not clear if there was any communication between the crown prince's lawyers and the State Department officials who were deciding whether to grant immunity.

A US State Department spokesperson told Insider the department does not comment on pending litigation.

Al-Jabri's son Khalid, a cardiologist who lives in Canada, told The Post that offering immunity to Crown Prince Mohammed would be akin to sanctioning murder.

"If granted, the US would essentially be granting MBS immunity for conduct that succeeded in killing Jamal Khashoggi and failed to kill my dad," he said, using a popular acronym for Crown Prince Mohammed.

Khashoggi, a US resident and writer for The Washington Post, was murdered in Istanbul, Turkey, on October 2, 2018. The CIA has concluded that Crown Prince Mohammed likely ordered the killing.

"Lack of accountability is one thing, but allowing impunity through immunity is like issuing a license to kill," Khalid al-Jabri told The Post in Monday's article.

For immunity to be granted, the State Department would have to submit a recommendation of immunity to the Justice Department, which would then decide whether to approve it, The Post reported.

Al-Jabri feared that his deep knowledge of the royal court and link to bin Nayef would land him in jail, his August complaint said.

"There's an understanding within Saudi ruling circles that people like al-Jabri need to remain quiet, and it's them who are changing or damaging Saudi image abroad," Umer Karim, a visiting fellow at the Royal United Services Institute, previously told Insider.

Though al-Jabri lives in Canada and is a dual Saudi-Maltese citizen, he filed the claim in the US, citing his value to the US government from his time working on counterterrorism projects with President George W. Bush's administration.

Al-Jabri had worked closely with the CIA on counterterrorism projects in the wake of the September 11, 2001 attacks.

"Dr. Saad is uniquely positioned to existentially threaten Defendant bin Salman's standing with the US government," al-Jabri's lawyers wrote in their 107-page complaint in August.

In one instance, on September 10, 2017, Crown Prince Mohammed personally texted al-Jabri to say he would enforce measures that "would be harmful to you" if he didn't come home, according to al-Jabri's lawsuit.

Al-Jabri declined the requests, and in March 2020, two of his children were kidnapped from their beds in Riyadh. Al-Jabri said in his complaint that they are being used as leverage to force him to come back to Saudi Arabia.