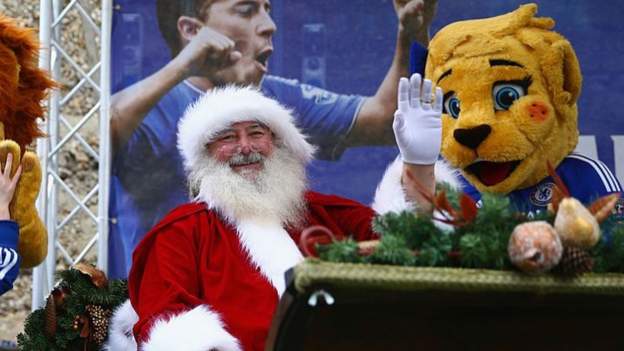 The magic of a Premier League Boxing Day 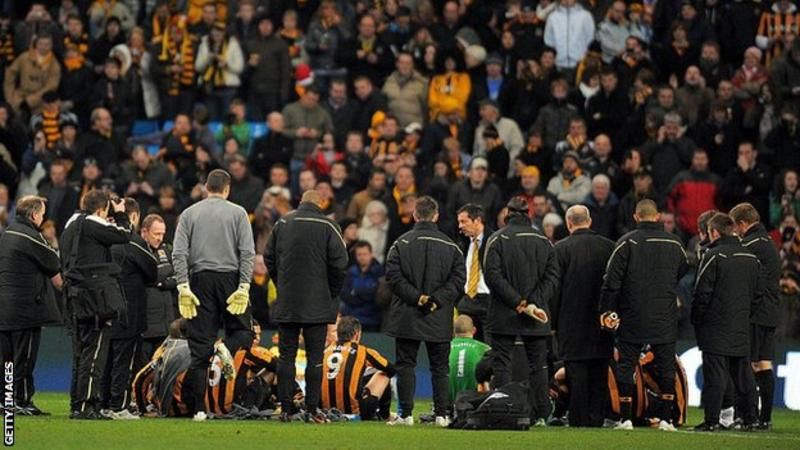 Ipswich Town's players could never have known their 10-1 drubbing at Fulham on Boxing Day 1963 would in the future be recycled annually on a distant phenomenon called social media.

That was an era in which sides would still play on Christmas Day too, with the last top-flight fixture in England on 25 December seeing Blackburn beating Blackpool 1-0 in 1965.

In the modern era, 26 December remains one of the most eventful days of the footballing calendar. We're going to look back at some Boxing Day classics from the Premier League era and find out who fares best when running off their Christmas dinners.

Since the Premier League began, Manchester United have been involved in some Boxing Day classics.

Sir Alex Ferguson's side took a while to get going on the first 26 December clash of the new competition, going 3-0 down to Sheffield Wednesday at Hillsborough in 1992. But Eric Cantona's late equaliser salvaged United a 3-3 draw.

Ferguson's final Boxing Day outing was just as dramatic, with his side edging Newcastle 4-3 at Old Trafford in 2012 - a match that saw the Magpies lead three times and a last-minute Javier Hernandez winner. 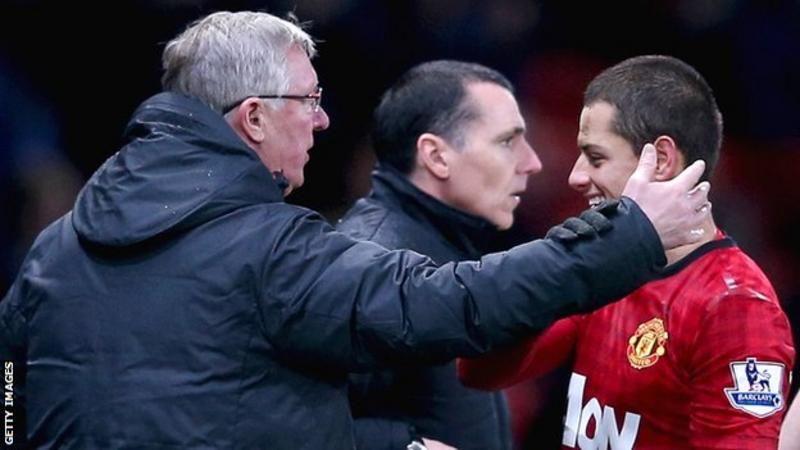 United were involved in another memorable game a year later, trailing 2-0 at Hull City before David Moyes' side took three points thanks to Chris Smalling, Wayne Rooney and a James Chester own goal.

Talking of Hull, their standout festive moment - and a unique episode in Premier League history - came at Etihad Stadium in 2008 when boss Phil Brown gave his side a half-time dressing down on the pitch.

The Tigers were fighting for a European spot at the time and Manchester City were battling to get out of the relegation zone, but it was the hosts who led 4-0 at the break thanks to two goals each from Felipe Caicedo and Robinho.

Cue a finger-wagging Brown sitting his side down in the penalty area in front of the away fans and delivering a few home truths. Hull drew the second half 1-1, but Craig Fagan's consolation was quickly cancelled out by a Stephen Ireland fifth for City. 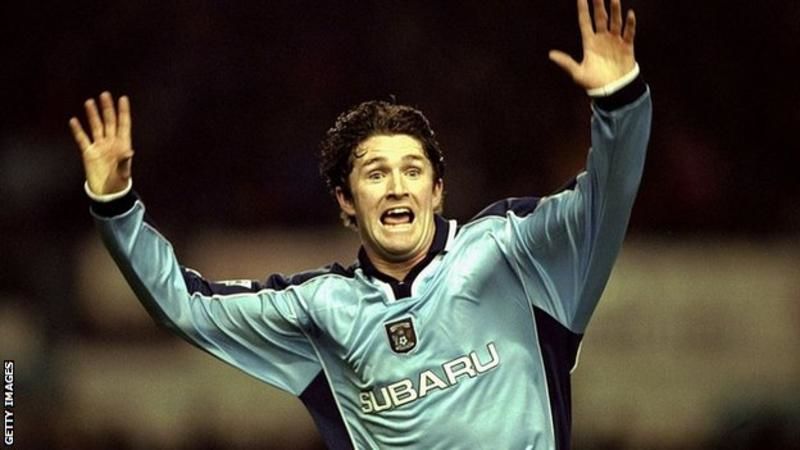 If it is Premier League icons you are after, cast an unlikely eye back to Highfield Road in 1999, when Coventry City shocked Arsenal with a 3-2 victory thanks to goals Gary McAllister, Mustapha Hadji and a young Robbie Keane.

Freddie Ljungberg and Davor Suker were on target for the Gunners, but Keane's effort put the game beyond the visitors and also set him on the path to second place on the Premier League Boxing Day goalscoring chart.

Only Robbie Fowler, with nine, has scored more on 26 December than the former Republic of Ireland striker. 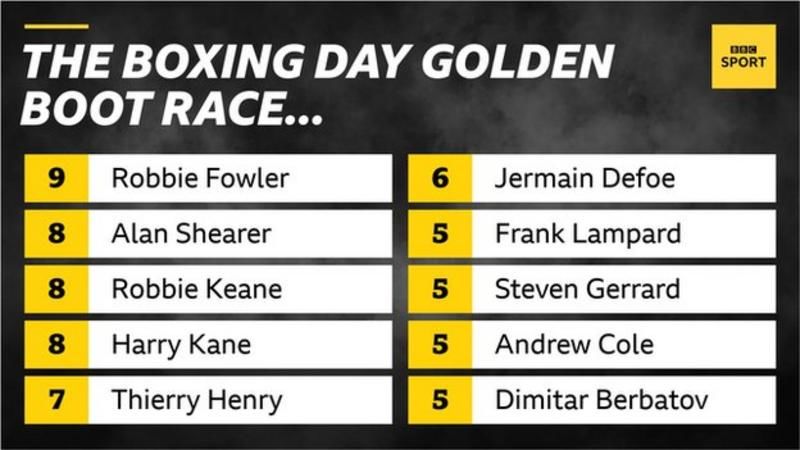 Thierry Henry failed to get on the scoresheet in that day in 1999, but he helped rectify Arsenal's festive woes the following year with a superb hat-trick in a 6-1 rout of Leicester City at Highbury. The Frenchman helped himself to seven Boxing Day goals in total.

A win for Arsenal at Southampton would have taken them top of the table, above Claudio Ranieri's flying Leicester. But Arsene Wenger's side slipped to a 4-0 defeat on the south coast.

Chelsea are just below the Gunners in the overall Boxing Day table and have been involved in a couple of cracking Christmas-time games since the turn of the millennium. 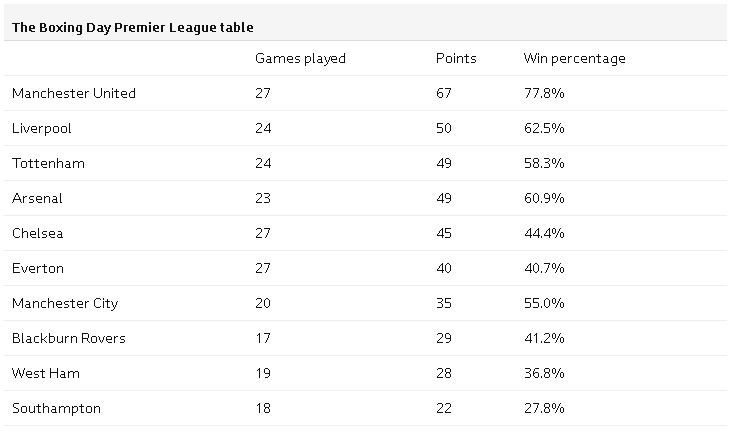 Thirteen years before he eventually got his hands on the Premier League trophy, Ranieri was chasing the title with a lavishly-assembled Blues squad - but saw those hopes seriously dented by a surprise 4-2 defeat by Charlton Athletic at The Valley in 2003.

The Blues ended the game with nine men after Ricardo Carvalho and Ashley Cole were sent off in the final 10 minutes, the latter for a handball on the line in added time.

Gareth Barry netted the resulting penalty to snatch a point for Villa, who had led 2-0 before Zat Knight was dismissed on the brink of half-time, allowing Andriy Shevchenko to convert from the spot.

The Ukraine forward grabbed his second five minutes after the break to cancel out Shaun Maloney's first-half double, and defender Alex put the hosts in front for the first time.

Villa's Martin Laursen responded but Michael Ballack's 88th-minute effort looked to have won it, only for Barry to keep his cool from the spot in the 92nd minute.