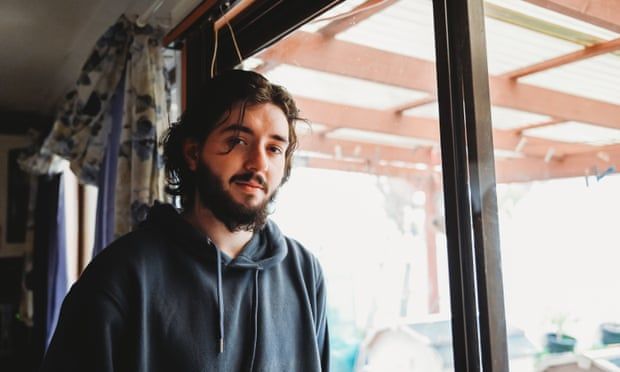 The land of the "free": Australian teen strip-searched and held in US jail for 10 days after being denied common visa waiver

Cameron Carter, 19, who had never travelled on a plane before, was left unable to contact his family throughout ordeal

An Australian teenager who travelled to the US for a job interview was strip-searched and held in a federal prison for 10 days, including eight confined to his cell, after he was deemed ineligible for a common holiday travel program.

The 19-year-old, who had never travelled on a plane before, was denied contact with his family in Australia throughout the ordeal. He was supposed to be sent back to Australia after two days but was held for another eight so he could go before a judge, after an immigration officer said he had resisted returning to Australia.

When he was finally placed on a flight to Australia, it landed in Melbourne, more than 750km from his home in Bathurst, New South Wales.

Cameron Carter flew into Honolulu on a Jetstar flight from Sydney on 15 August. He was intending to catch three domestic flights to reach the small town of Powell, Wyoming, to visit a friend and interview for a potential job as a first-year mechanic. He had a return flight to Australia booked for 14 October and $1,400 in his bank account – less than he intended to travel with, after his original return flight was cancelled and he had to rebook, but enough to support himself because he would be staying with friends.

He travelled on the visa waiver program, which allows visitors from Australia and 39 other countries to travel to the US for no more than 90 days for a holiday or to conduct business meetings, so long as other entry requirements are met.

Carter was pulled in for an interview with immigration officials after he told customs officers at the airport in Honolulu that he had travelled to the US for a job interview and that he hoped to return to live and work in the country.

The visa waiver program requirements state that participants are allowed to “consult with business associates” and “negotiate a contract”, but that “employment” and “permanent residence in the United States” are not permitted.

“What was going through my head is: I hope I get out of this,” Carter told Guardian Australia. “Once I got sat down and asked questions it was, yeah, I’m fucked.”

In the interview, a transcript of which has been seen by Guardian Australia, Carter confirmed he had booked a return flight and had money to support himself, and that he planned to interview for a job as a mechanic and as a cashier at a Wyoming supermarket.

He also confirmed that he planned to return to the US to live and work in Powell “after I obtain a working visa”.

Immigration staff spoke to Carter’s friend, who confirmed he would stay with her until he could find a place of his own.

He was then told he was inadmissible for admission into the US “as you have not overcome the presumption that you are an intended immigrant”.

“You stated that it is your intention to come into the United States to live and work permanently,” the immigration officer said.

Carter’s family were expecting a call from him after he arrived in Honolulu. Instead, they got a call from the Australian consulate the next day.

“It was horrible,” his mother, Benetta Carter, said. “The consulate couldn’t tell us anything. We weren’t allowed to speak to him. All the consulate did say was he had been detained and when we asked for a welfare check, all the consulate got was the transcript from the taped conversation from immigration.” 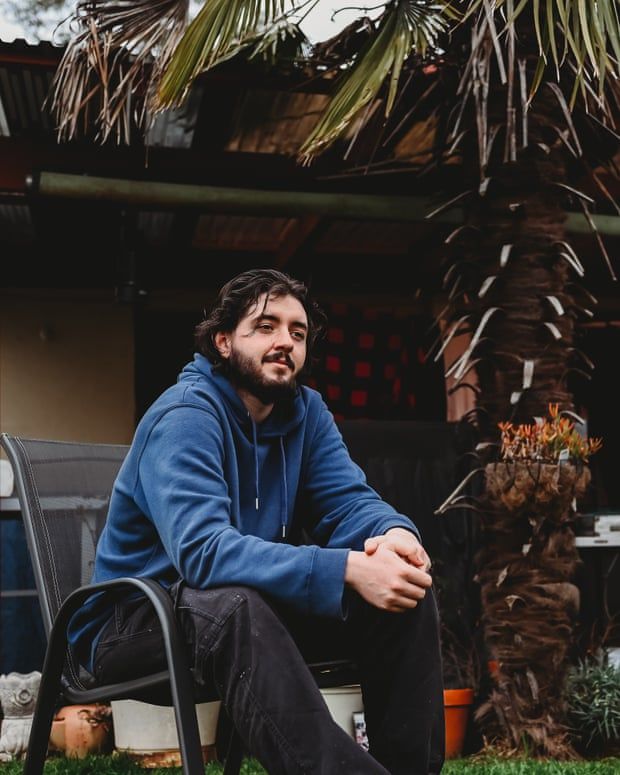 Cameron Carter at his parents’ home in Bathurst. His mother says she dreads ‘the day he says he’s going back’ to the US.

Carter was initially told he would be held in a federal detention centre for two days and put on a flight back to Sydney on Wednesday 17 August.

Instead he was confined to a two-person cell in an area of the prison called the “shoe” for eight days. Food was delivered to the cell door and the only water was from a broken fountain attached to the top of the toilet.

“You would have to use a hand or something just to get water out because they never supplied cups or any type of container,” he said. “I didn’t eat for eight days straight.”

On the Wednesday he received a phone call from a person from the Australian consulate who said they had been in contact with his parents and that he would go before a federal judge on the Friday to confirm his willingness to return to Australia. On Friday, he was told that the hearing had been delayed until Monday.

The hearing was called because Carter had told immigration officers in his interview that he did not want to return to Australia and had a “minor fear” about doing so, which he described as fear of “wasting money on tickets” and experiencing “a lot of stress … I would be lectured by my own family”. He was noted as resisting deportation.

That was a misinterpretation of what Carter, tired and stressed after a 10-hour flight, had meant by saying he did not want to return home, Benetta Carter said.

“I don’t know whether the immigration officer was having a bad day but they have automatically clamped down on him,” she said. “I think his father has gone nearly snow white from the stress.”

Carter then spent two days in the general population of the prison but still could not contact his family as the phone card given to him by prison staff did not work. He was taken to the airport and placed on a Jetstar flight to Australia on Wednesday 24 August. It was only as immigration staff brought him to the departure gate that he realised the flight was destined for Melbourne not Sydney.

He borrowed a phone from another passenger after landing in Melbourne and was able to book a flight to Sydney to meet his parents, who had been told by consulate officials that he would be arriving on a direct flight from Hawaii to Sydney that night.

Carter said he planned to return to the US “on a better flight with better paperwork”.

“The experience didn’t put me off, it just gave me more of a goal to reach,” he said. “I am stubborn.”

His mother said she was relieved to have her son home. “He is home safe now. I just dread the day he says he’s going back,” she said.

The Guardian has previously reported on cases where Australian citizens were detained and deported from the US after failing to satisfy authorities they met the requirements of the visa waiver scheme, including one woman who was asked about her abortion history by a border official.

The Australian foreign affairs department said it was “aware of a number of cases where Australian citizens have been deported from the United States” and urged all Australians to “inform themselves about entry, transit and exit requirements for their destination and to apply for the appropriate visa depending on their reason for travel”.

“These requirements may change with little notice.”

The US Customs and Border Protection service was contacted for comment.