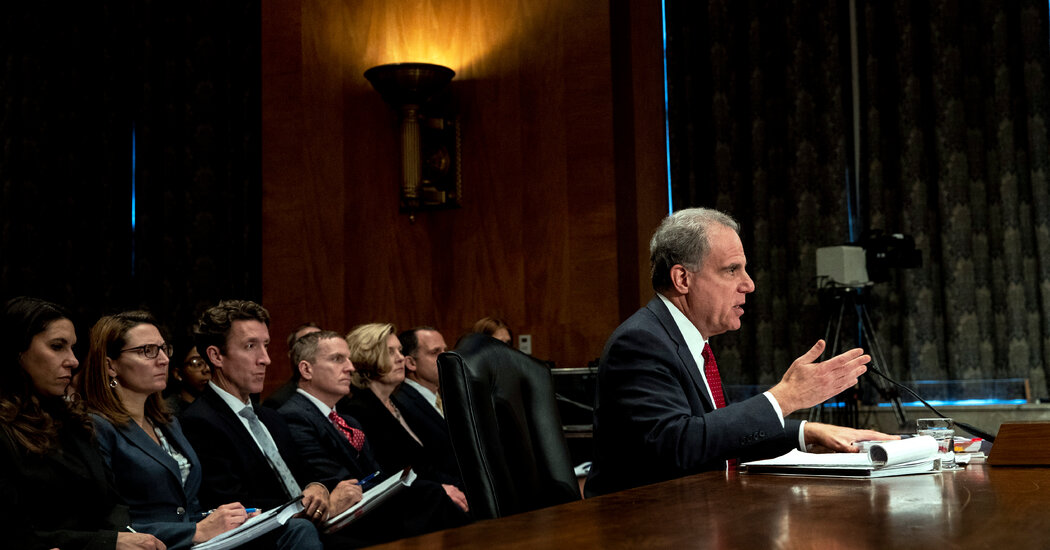 The Justice Dept.’s inspector general opens an investigation into any efforts to overturn the election.

A Justice Department watchdog has opened an investigation into whether any current or former officials tried improperly to wield the powers of the department to undo the results of the presidential election.
The investigation, which was announced by the office of the inspector general, Michael E. Horowitz, followed a New York Times article that detailed efforts by Jeffrey Clark, the acting head of the Justice Department’s civil division, to push top leaders to falsely and publicly assert that ongoing election fraud investigations cast doubt on the Electoral College results. That standoff prompted President Donald J. Trump to consider replacing the acting attorney general at the time, Jeffrey A. Rosen, and install Mr. Clark at the top of the department to carry out that plan.

“The inspector general is initiating an investigation into whether any former or current D.O.J. official engaged in an improper attempt to have D.O.J. seek to alter the outcome of the 2020 presidential election,” Mr. Horowitz said in a statement.

The investigation will encompass all allegations concerning the conduct of former and current department employees, though it would be limited to the Justice Department because other agencies do not fall within Mr. Horowitz’s purview. He said he was announcing the inquiry to reassure the public that the matter is being scrutinized.

On Saturday, Senator Chuck Schumer of New York, the Democratic leader, urged Mr. Horowitz to open an investigation, saying that it was “unconscionable that a Trump Justice Department leader would conspire to subvert the people’s will.”

This is the second known investigation into the actions of top Justice Department officials during the final weeks of the Trump administration. Earlier this month, Mr. Horowitz opened an investigation into whether Trump administration officials improperly pressured Byung J. Pak, the U.S. attorney in Atlanta, who abruptly resigned after it became clear to Mr. Trump that he would not take actions to cast doubt on or undo the results of the election, according to a person briefed on the inquiry.

Separately, the Senate Judiciary Committee said this weekend that it has initiated its own oversight inquiry into officials including Mr. Clark.

Senator Richard J. Durbin of Illinois, the top Democrat on the committee, sent a letter to the Justice Department saying that he would investigate efforts by Mr. Trump and Mr. Clark to use the agency “to further Trump’s efforts to subvert the results of the 2020 presidential election.”