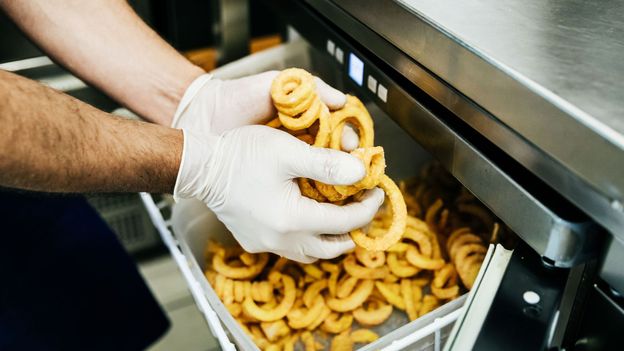 Some sectors are crying out for employees – but workers think they can do better elsewhere.

Throughout the past few years, workers have been resigning from jobs in record numbers. Some have been switching careers, some have been job-hopping for faster advancement and some have left the workforce altogether. In the US, for instance, the August 2022 data from the Bureau of Labor Statistics puts the labour force participation rate at 1.0 percentage point below its February 2020 level.

In other words, people have been quitting and, in some sectors and jobs, they haven’t been coming back. Perhaps it’s unsurprising, given the poor conditions in many workplaces throughout the pandemic. The dearth of workers is most evident in hospitality and service-work industries, where positions for dishwashers, truck drivers, retail workers, food servers, airport agents, home health aides and similar roles have been open for literal years.

This is not because people don’t want to work, say the experts. They just want better jobs; higher pay, improved conditions. The job market upheaval caused by the pandemic has enabled some workers to switch into better employment – and if hard-hit sectors want their workers back, they need to find ways of making their jobs more attractive.

Why are these jobs open?

Particularly in the US, data shows it’s been tough to be a service worker for a long time. In 2020, for instance, full-time American food counter workers made, on average, $23,960 (£20,796) a year – failing to clear the poverty line for a four-person household. Weekly hours have rarely been guaranteed, making it difficult for workers to be sure their income would cover their bills, or arrange things like transport and childcare.

All of that, in part, accounts for the fact that the attrition rate – in other words, the rate at which people leave as a percentage of annual average employment – has been high in service industries for a long time. In 2017, it was 53.8% for retail workers, 72.4% for workers in accommodation and food service and 30.6% for people in manufacturing jobs. 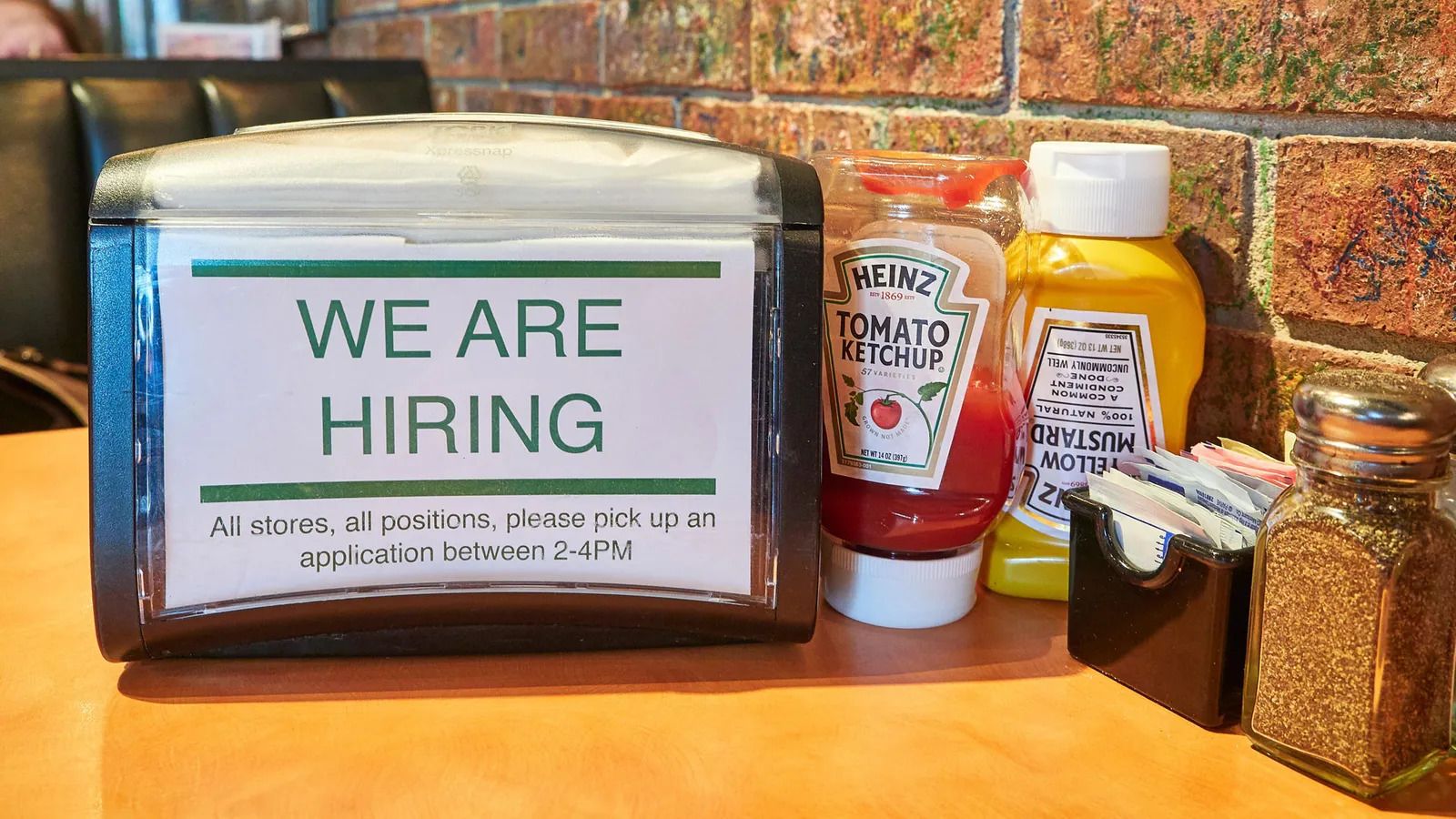 Food-service roles have been open for literal years, with employers scrambling to fill these positions

But if being a service worker was hard pre-pandemic, once it struck things became downright miserable for many. Retailers that stayed open faced supply-chain disruption, and spikes and drops in customer demand. Fewer employees had to work more hours, and increased overtime contributed to burnout. With schools closed and public transport reduced, some workers were negotiating a lack of childcare and a more difficult commute. Cases of worker abuse and reports of rude customers shot up, and though some companies offered one-time bonuses, few increased wages or offered hazard pay.

And in many instances, the work was hazardous. Other forms of business moved online, but “in the hospitality industry, for instance, it's very hard to replace somebody who's at the reception desk of a hotel with somebody who's working virtually”, says Serge da Motta Veiga, professor of human resource management at EDHEC Business School in Paris. That meant frontline service workers, forced to interact with colleagues and customers while everyone else was sheltering at home, were among the most vulnerable to Covid-19. In the first year of the pandemic, 68% of those who died in the US were labour, retail and service workers.

Understandably, throughout the last two years, attrition rates have shot up. In 2021, 64.6% of retail workers, a whopping 86.3% of accommodation and food service workers, and just under 40% of manufacturing workers quit their jobs. While safety – and overall misery – were leading factors, they weren’t the only reasons for the mass exodus. People also crave stability, which is difficult to come by in a low-wage job: one 2019 study found that minimum wage jobs have a turnover rate more than twice the US national average. “Those jobs are precarious,” says da Motta Veiga. “Job security has become the number one thing people want, above even all the other perks, like having a flexible work schedule, or working from wherever you want.”

Job security has become the number one thing people want, above even all the other perks, like having a flexible work schedule, or working from wherever you want – Serge da Motta Veiga

There’s yet another reason so many people quit: because they could. The staffing shortage has left many companies at the mercy of those who work – or don’t – for them. With the labour market leaning so far in favour of the worker, it’s been easier for workers to leave one job and get another, further lessening the incentive for people to return to jobs they find undesirable. The people who used to have those jobs have replaced them with gig work, or moved to new industries, says da Motta Veiga. “They're trying to transfer their skills into industries where actually they can be respected, well-paid and have more opportunity,” he says.

Why aren’t people coming back to fill these jobs?

The epidemic of quitting throughout 2021 and into this year, known as the Great Resignation, left job openings across industries. But David Dwertmann, associate professor of management at Rutgers University School of Business, Camden, US, says it’s been difficult to re-hire workers to fill low-skill, low-wage jobs in particular, for the same reasons people left them in the first place.

He points to a Pew Research Survey that asked people who quit their jobs about their reason for leaving. Low pay was first, followed by “no opportunities for advancement” and “feeling disrespected”.

“If you're flipping burgers or something, it's not that easy to advance. Not everyone is going to be a manager. Many people are stuck in these jobs for years and years and years,” says Dwertmann. Plus, “the workers just don't feel like they're being valued enough, and don't feel like they're being treated well enough”. With a market awash in better opportunities, people feeling stagnant or mistreated in their jobs seized a golden opportunity to bail.

Another factor, adds Dwertmann, is the wave of Baby Boomer retirements that left still more gaps in the workforce. “It's kind of the perfect storm,” he says. “I think Covid-19 probably for [Boomers considering retirement] was a great reason to say, ‘You know what? I'm done.’ Because these are the groups that were at the highest risk of Covid exposure, especially working in some face-to-face service jobs. I think if they could afford to do so, a large cohort of that particular population just chose to retire. I would assume that many of them will probably never come back into the labour force.”

This Boomer exodus, notes Dwertmann , has been compounded by a lack of immigration during the past several years that has left gaps in industries which normally employ new arrivals. “In part due to the pandemic, in part due to changes in policy, immigration into the United States actually dropped by half,” he says. “And these are some of the people that used to fulfil or take some of those low-skill, low-education jobs.” 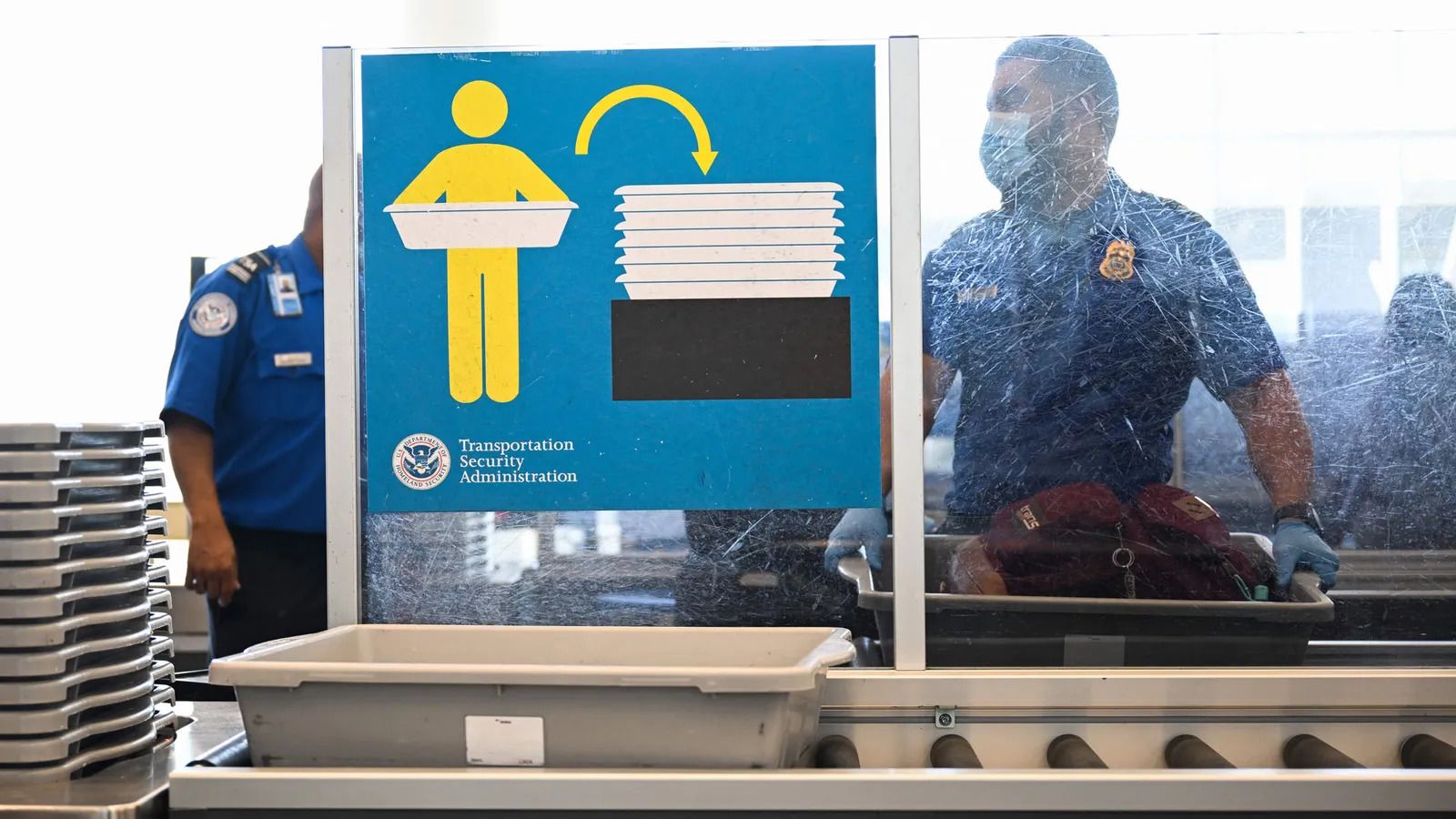 What are companies doing to try to fill the ‘unfillable’?

It’s not unusual, these days, to see signs outside fast-food restaurants, convenience stores and markets offering previously unheard-of starting hourly wages to new hires. Many employers instituted sign-on bonuses: in 2021, Amazon announced a hiring push and said it would pay $1,000 bonuses for warehouse and transport jobs. Hilton Hotels began offering sign-on bonuses of $500 and more for room attendants and other staff.

Yet while financial incentives don’t hurt, they don’t do anything to address the other major things workers want that those “unfillable” jobs don’t often offer; flexibility, predictability and better conditions.

“I do think employers need to react not just by increasing wages and providing sign-on bonuses, but also, for example, by scheduling employees in different ways,” says Dwertmann. “Making sure that there's some predictability for employees in terms of when they have to come in, and how many hours they get to work, so that they can, for example, manage childcare.”

Focusing on the money alone, agrees da Motta Veiga, is short-sighted. While, yes, people want to be paid what they feel their time and energy is worth, companies should also “be asking people: ‘What do you want? What is your priority? Is it that security? Is it that flexibility?’” They need to be creative, he says, in making these jobs more attractive.

To fill an unfillable job, concludes Dwertmann , you have to make it not only financially worthwhile, but also provide some flexibility, some guarantee of safety and find a way to generate loyalty.

“The pandemic comes around and the first thing people do is lay off big troves of workers,” he says. “They were thinking when it eased up everyone would just show up again, but really employees are like, ‘You know what? You didn’t stick with me. I’m not going back to you.’”