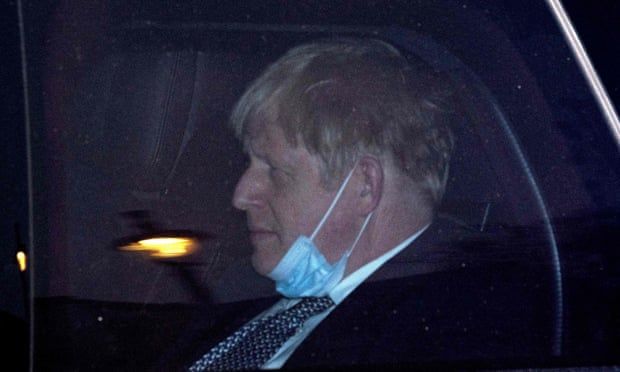 The Gray report: five key questions it could answer

Sue Gray’s report will be closely scrutinised by Conservative MPs awaiting the full facts before deciding whether to act against their beleaguered leader.

Here are five things to look out for when it is published:

1. What was the prime minister’s direct involvement in lockdown breaches?

Boris Johnson has already admitted attending the 20 May 2020 garden drinks, but insisted he believed it was a “work event”.

That explanation has been widely ridiculed by opposition MPs, who have pointed out the event was organised by a senior Johnson aide, who encouraged guests to “bring their own booze”, and held in the Downing Street garden.

In all of Johnson’s public statement on this, he said he believed “implicitly that this was a work event” – a careful use of words. What will Gray make of this?

And will she confirm that there were other occasions on which he went to social gatherings that appear not to have complied with the rules at the time – including the birthday singsong revealed by ITV this week?

MPs will be weighing up how starkly her findings conflict with Johnson’s assertion in the House of Commons that “all guidance was followed”. Several cabinet ministers have stressed the seriousness of breaking the ministerial code by misleading parliament – traditionally a resigning matter.

2. What does Gray say about the culture in No 10 and who is responsible?

Gray is expected to lay out details of a boozy work culture in Downing Street – which even included the purchase of a dedicated wine fridge. There is also focus on two parties held the night before Prince Philip’s funeral, reportedly involving a late-night trip to a local supermarket to fill a suitcase with wine bottles.

In the weeks since the first stories emerged of a party in Downing Street, a steady stream of other “gatherings” have emerged, many of them in apparent contravention of the lockdown restrictions at the times.

Gray may well have uncovered even more. So exactly how many parties were there?

The Conservative chair, Oliver Dowden, suggested recently that the prime minister is the person to overhaul what he called, “the kind of culture that has allowed [the partying] to happen in the first place”. But will the facts laid out by Gray suggest that Johnson himself was an integral part of that culture, and must take some of the blame?

3. Which senior civil servants and advisers are named – and shamed?

The only person who has so far resigned over “partygate” is Allegra Stratton, the prime minister’s former press secretary, who did not attend the Christmas bash she was caught on camera joking about.

Martin Reynolds, Johnson’s principal private secretary, who invited more than 100 Downing Street staff to a garden party on 20 May 2020, seems unlikely to escape censure. It was his excruciating email, leaked to ITV News, that led to some Tory MPs deciding to call for Johnson to quit.

He wrote: “Hi all, after what has been an incredibly busy period we thought it would be nice to make the most of the lovely weather and have some socially distanced drinks in the No 10 garden this evening. Please join us from 6pm and bring your own booze!”

Johnson’s director of communications, Jack Doyle, is also widely expected to be singled out – but it is unclear how much wider Gray has cast her net.

4. Are any other ministers, aside from Johnson, implicated?

Rishi Sunak appears to have attended the birthday gathering for Johnson, though aides have said he was awaiting a meeting, but other ministers have so far largely escaped being implicated.

5. Has Gray found evidence of carousing upstairs in the flat Johnson shares with his wife, Carrie?

Several sources, including Dominic Cummings, have suggested there have been social gatherings in the lavishly redecorated Downing Street flat during the pandemic – on the night of Cummings’ departure from government, for example, when witnesses report music blaring from upstairs.

Any evidence Gray has uncovered of these get-togethers, would further undermine the idea that Downing Street’s party culture did not ultimately emanate from Johnson himself.