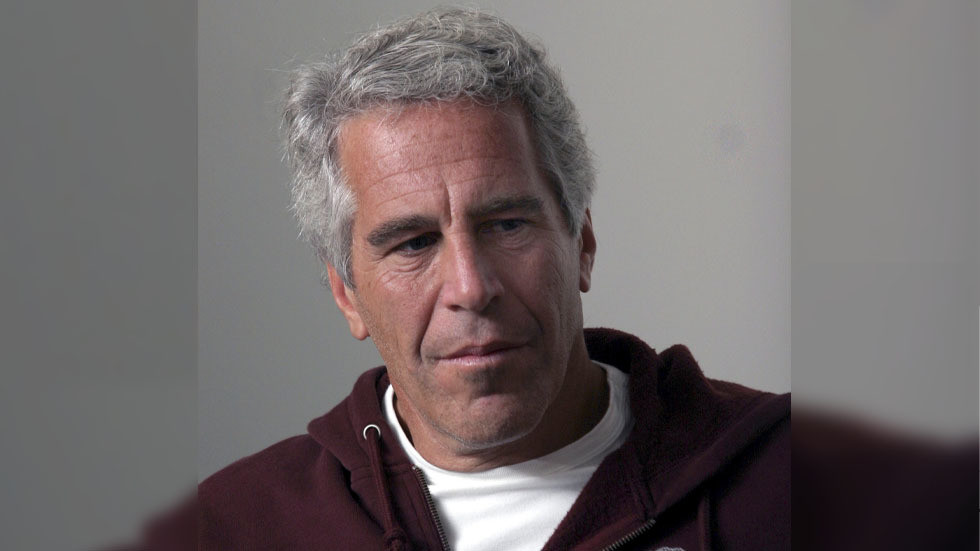 The Epstein Files: US Bureau of Prisons bent facts to support suicide narrative

Documents obtained under Freedom of Information laws by RT investigative unit The Detail include startling records revealing how the US Bureau of Prisons (BOP) moved to shut down any and all public debate about the cause of Jeffrey Epstein’s death. Along the way, evidence was distorted, material facts ignored, and key anomalies unexplored and unpublicized.

After being found dead in his cell at the Metropolitan Correctional Center on August 10, 2019, the records show that the Bureau issued statements to journalists and Epstein’s family categorically stating he’d committed suicide. The result was international news outlets universally and unquestioningly reporting that Epstein had taken his own life from the word go, despite Chief Medical Examiner Barbara Sampson having reached no conclusion at that time, and making clear in a statement the next day that the investigation was open and ongoing.

It was not until August 16 that Sampson publicly declared Epstein’s death had been a suicide. The ruling was contested by leading forensic pathologist Dr. Michael Baden, who’d been hired by the billionaire’s brother to monitor the autopsy process. Speaking to the Miami Herald two months later, he charged that “the autopsy did not support suicide,’’ and that the pathologist who conducted it had recorded this.

“Then Dr. Sampson changed it a week later, manner of death to suicide. The brother has been trying to find out why that changed,” Baden fulminated. “What was the evidence?”

No clarity on these questions has been forthcoming in the years since, although one rationale for the apparent volte-face may have been a shock Washington Post report a day prior to Sampson’s announcement. Sources familiar with the autopsy told the paper that the process had revealed several bones in Epstein’s neck, including the hyoid, were broken, and such breakages “are more common in victims of homicide by strangulation” than hanging.

Another explanation may be the then-ongoing “psychological reconstruction” of Epstein’s death compiled by Robert Nagle, BOP national suicide prevention coordinator. Files released to The Detail by the Bureau record how Nagle – whose name is redacted in the files – arrived at the Metropolitan Correctional Center on the morning of August 13 to commence his investigation.

In his resultant report, Nagle noted that a video of an unspecified nature related to the “significant incident” was confiscated by the FBI prior to the review being initiated. He also said he’d been unable to conduct formal interviews with prison staff “to avoid interference with pending investigations” by the Justice Department, and that much of the information “typically gathered” in psychological reconstructions was not available.

For example, he was quite amazingly unable to piece together a “detailed description” of what the officers found when they discovered Epstein, as they “did not write memorandums and could not be interviewed.” Furthermore, as no pre-sentence report on Epstein had been completed prior to his death, numerous sections of the reconstruction – such as a review of the inmate’s “social history” – were avowedly incomplete in their appraisal.

Still, despite this glaring lack of hard evidence, the document ruled conclusively that Epstein had indeed committed suicide. His decision was attributed to being unable to sleep due to an “inability to tolerate the noise of prison,” plus the recent unsealing of thousands of records related to his 2008 conviction on child sex offenses, and the prospect of spending the rest of his life in prison.

Sound enough reasoning, one might think – though in building his case, Nagle drew repeated attention to Epstein declaring himself on several occasions to be a “coward” in the weeks prior to his alleged suicide as indicative of suicidal intent. It’s certainly true the prisoner was recorded making such statements – but explicitly in the context of denying any intention, or even ability, to kill himself.

“He said he is not the type who likes pain or would ever attempt to harm himself,” one psychological assessment noted. “[He] even does not like when he has to give blood.”

This can only be considered a staggeringly dishonest inversion of Epstein’s comments, although Nagle’s manipulations went unremarked upon in an internal review of the reconstruction by Metropolitan Correctional Center Warden Marti Licon-Vitale. Nonetheless, in a section marked “documentation accuracy” she took aim at the failure of officials to log an incident report in a timely fashion, and seemingly submitting conflicting reports on the same incident. 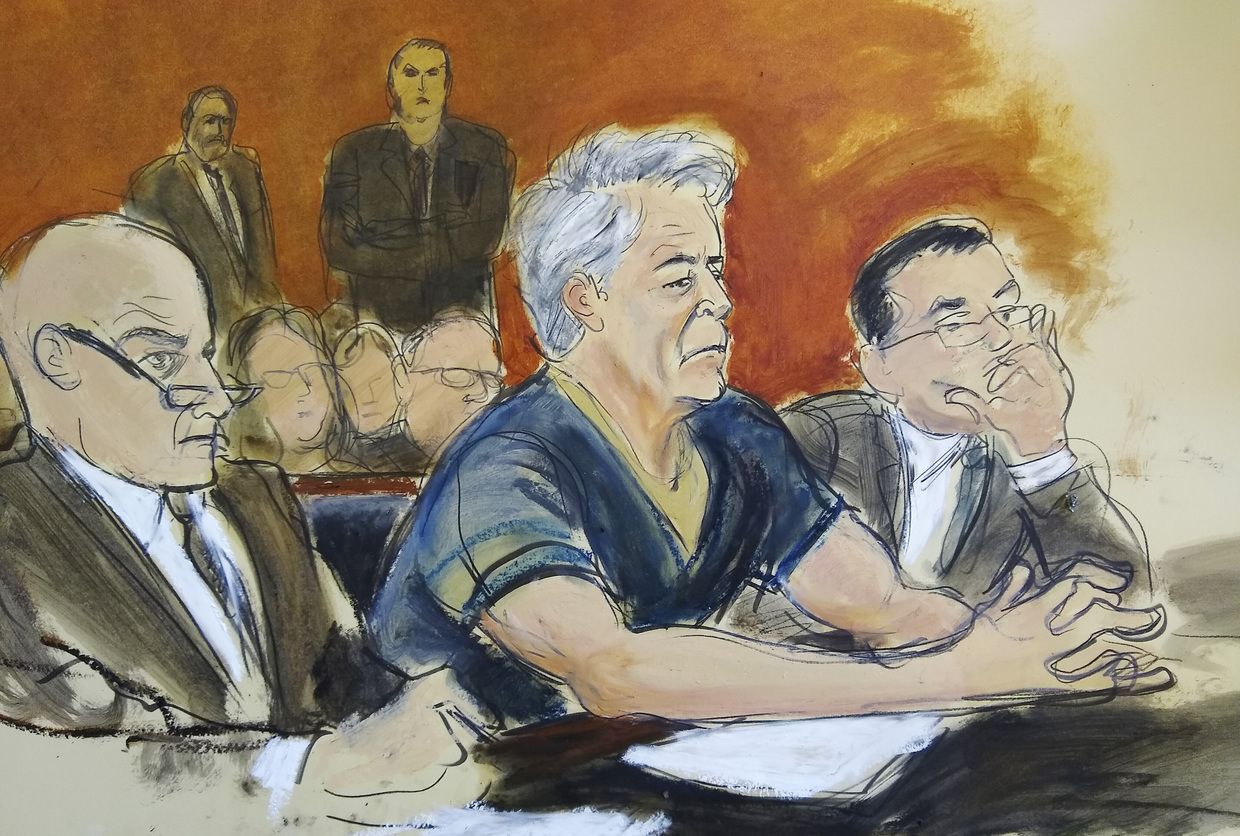 “Professional responsibility requires taking into account multiple descriptions of an incident as noted in your response. However, when discrepancies exist these should be compiled and noted in documentation to decrease the likelihood of conflicting conclusions,” she wrote. “Preconceived notions challenge the ability to remain open about alternative explanations … Please develop and provide local training for all staff that at a minimum reviews the timeframe for writing incident reports and offers guidance when there is not clear evidence of an infraction.”

While the specific episode criticized by Licon-Vitale is entirely redacted, one can infer that this section refers to the bizarre facts documented by The Detail in the first instalment of this investigative series. In brief, the initial incident report on Epstein’s alleged suicide on July 23, 2019 referred to “hanging/asphyxiation”, but another filed a week later was inexplicably amended to include “self-mutilation” by laceration, leading to him being disciplined for a penal code breach.

These grievances aside, Nagle’s reconstruction was received with much delight by BOP higher ups. In an internal email dated August 23, the agency’s director Hugh Hurwitz effusively praised his “outstanding” work, remarking it was “unbelievable all you report without the benefit of interviews or video.” This email is ironic in the extreme, for it truly is “unbelievable” that a conclusive ruling of suicide could be reached without access to basic and vital evidence.

Four days earlier, Hurwitz was dismissed from his post by Attorney General William Barr without warning. Could this be attributable to attempting to shape the narrative on Epstein’s death, before the Federal Bureau of Investigation or Justice Department Inspector General had completed their respective probes of the case?

Whatever the truth of the matter, there is another supremely curious feature of the “psychological reconstruction” never hitherto publicized by any official or media outlet. A review of financial transactions associated with Epstein’s prison stay revealed that one of his attorneys “was depositing funds” into the commissary account of Efrain ‘Stone’ Reyes, Epstein’s final cellmate, “for unknown reasons.”

This may account for why Reyes became a person of interest in the FBI’s investigation and was duly questioned. He reportedly feared that cooperating with the Bureau might “affect him negatively,” but in return for his help, he was moved to a minimum security correctional center in Queens, New York, which housed high-value cooperating witnesses like rapper Tekashi69.

While there, he was reportedly interviewed personally by Attorney General William Barr as part of the Justice Department’s Office of the Inspector General’s probe, who thanked him for his input. Strangely, though, the department has refused to confirm or deny the claim, while Kerri Kupec, its former spokesperson, charges that it’s “100% false.”

Reyes died in September 2020, five months after being released from the prison, due to a facility-wide Covid-19 outbreak, purportedly through complications arising from the virus. Subsequently, his niece told mainstream news outlets her uncle had frequently voiced intense skepticism that the six-foot Epstein could’ve hanged himself from the bunk frames in the cell, as they simply weren’t tall enough.

In January 2021, federal prosecutors ruled that all records related to Reyes would remain sealed, despite requests for disclosure from journalists due to the potential impact on issues allegedly unrelated to Epstein. In dismissing the request, authorities listed information concerning the billionaire included in all files related to Reyes, which ran to two pages – all of it redacted.

Almost a year to the day later, it was reported that the Inspector General report on Epstein’s death was nearing completion, with a Justice Department investigator suggesting all the team had left to do was “dot their I's and cross their T's,” and stating they’d be “surprised if it's not released in the next 30 days or so.”

Whether it will shed any light on the countless serious matters raised by the declassified Bureau of Prisons documents is anyone’s guess, although in light of the revelation Reyes was in receipt of funds from Epstein’s lawyers, The Detail has lodged a request with relevant authorities for the seal to be reconsidered.