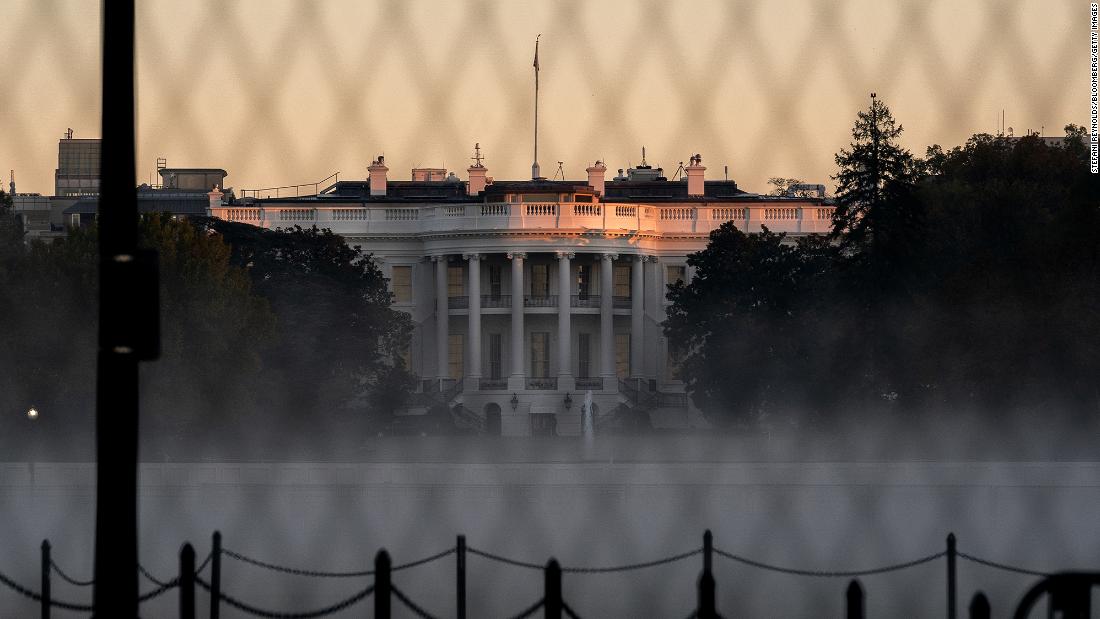 The election isn't over but Wall Street is already celebrating

The world is still anxiously awaiting the outcome of the nail biter 2020 election, but Wall Street is already in full-blown celebration mode.

The S&P 500 has surged nearly 7% this week, putting the benchmark index on track for its best election week performance since 1932, according to Bespoke Investment Group.

The rally reflects a sense of relief among investors that once all the votes are counted, neither party will have a stranglehold over Washington. Despite the twin economic and health crises gripping the United States, no blue wave (or red wave) arrived. Control of Congress is likely to be divided between Republicans and Democrats.

That means whether it's four more years of President Donald Trump or it's Joe Biden in the White House, policy changes are likely to be incremental, not sweeping. And that's a relief to investors, who prefer restraint over extremism.

"Whether it's populism on the right or MMT [modern monetary theory] on the left, there's a lot to be said for moderation," said David Kelly, chief market strategist at JPMorgan Funds. "We're all just going to have to work together."

Divided government, or "gridlock" in Wall Street parlance, is viewed as the best of both worlds by investors. Fiscal stimulus is likely still coming, just not as much had Democrats swept the election.

Although a smaller relief package could hurt the real economy, it also means the Federal Reserve won't be in a rush to raise interest rates. That's a positive for the market because rock-bottom rates force investors to bet on stocks.

Crucially, if Republicans maintain control of the US Senate, as many expect, that would remove the threat of higher taxes on corporations and affluent households.

In short, the markets are getting a stimulus plan without the risk of tax hikes, regulation and a more aggressive Fed.

"The danger with one-party government going into 2021 is we'd potentially overheat the economy," said Kelly. "It's very easy to hit the accelerator (on stimulus). But the question is whether the car would have any brakes."

That's why investors have piled into tech stocks like Amazon (AMZN) and Microsoft (MSFT), which can thrive -- even if the economic recovery remains fragile.

'Social unrest was a real fear'

Wall Street's extremely positive reaction to the election is something of a surprise.

First, it's noteworthy that investors don't seem frazzled by the cliffhanger nature of the race -- or Trump's efforts to create doubt about the integrity of the electoral process.

"When you turned on your TV to one of the financial networks or cable news channels this morning that wasn't your DVR showing yesterday's news," Paul Hickey, co-founder of Bespoke Investment Group, wrote in a note to clients Thursday. "The election still hasn't been decided and equities are once trading sharply higher."

"Markets seem to be content with the prospect of gridlock," Hickey wrote.

Investors are also relieved that their worst fears have not been realized: "Social unrest was a real fear for many and thus far the backdrop is relative calm," Tobias Levkovich, chief US market strategist at Citigroup, wrote in a note to clients Wednesday afternoon.

Wall Street is similarly taking the ongoing legal battle over the election in stride. The Trump campaign has filed multiple lawsuits in battleground states that threaten to drag out the process.

"While there have been threats of litigation, the basis of such lawsuits is more questionable," Levkovich wrote.

Nicholas Colas, a Wall Street veteran and co-founder of DataTrek Research, put it more bluntly in an interview on Monday: "The market will have a high-quality BS meter on lawsuits from both sides."

And while the major news outlets haven't declared a winner in the race for the White House, analysts say markets see the writing on the wall.

"The path for the President is looking increasingly narrow," Bespoke's Hickey wrote.

JPMorgan's Kelly said: "The markets are looking through the rest of the counting and assuming Joe Biden is president...The market has essentially called it."

Wall Street can live with a President Biden, especially if he's blunted by a divided Congress.

First, it means Biden's efforts to unwind Trump's corporate tax cut would die in the Senate. That's crucial, because Citi has estimated Biden's proposed tax hike would have wiped out up to $9 of 2021's projected per-share earnings of $160.

Ditto for other sweeping legislation on healthcare, a financial-transaction tax and climate that would be unlikely to get bipartisan approval from Congress.
Second, a divided government means Biden could be forced to pick moderates, not progressives, for key positions at the Federal Reserve, Treasury

Department and as regulators. That eases Wall Street's fears of Senators Elizabeth Warren or Bernie Sanders in the Cabinet.

At the same time, Biden would be expected to take a less aggressive stance on trade. Trump's frequent and volatile use of tariffs have hurt corporate profits and at times spooked markets.

Of course, it's possible Wall Street's celebration is premature. The race is not over, legal challenges are outstanding and questions about the transfer of power linger.

"If the vote count does not settle the outcome clearly this week, a full-fledged contested election will emerge," analysts at BCA Research wrote in a report Thursday. "Risk-off sentiment would then prevail until the election is firmly decided."

But JPMorgan's Kelly expressed confidence the election uncertainty will get cleared up soon.

"Ultimately, markets believe this will be a conclusive election," he said, "even if it's unconceded for a while."