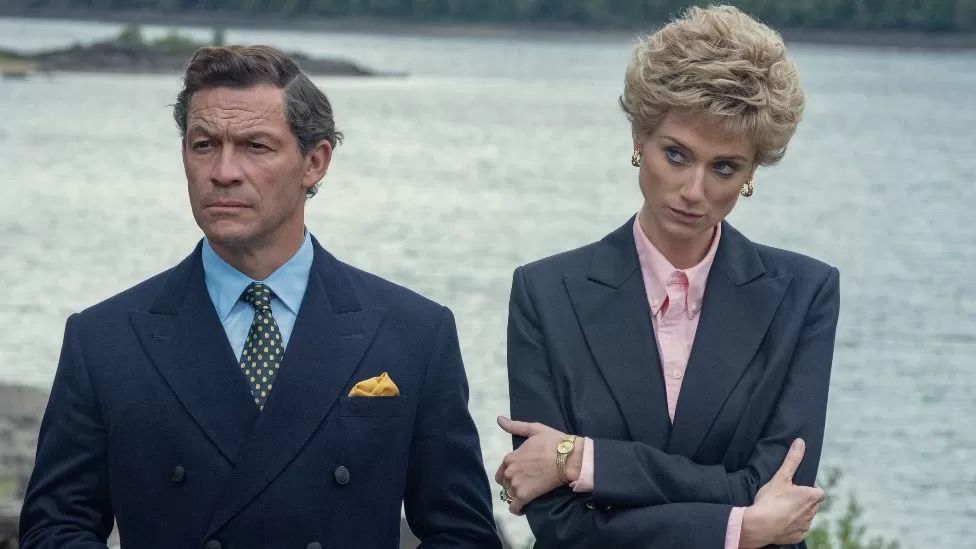 The Crown: Seven takeaways from the latest series of Netflix's royal drama

Season five of Netflix's The Crown has already created its own drama before its release on Wednesday, causing controversy over its depiction of the royal family.

Netflix defended its show as a "fictional dramatisation", after Sir John Major and Dame Judi Dench questioned its accuracy.

It has also added a disclaimer to its marketing for the show, saying it is "inspired by real-life events".

I've spent my Friday night binge-watching all 10 new episodes, to find out just what this new series is like - here are my takeaways.

1. It's hard to tell fact from fiction 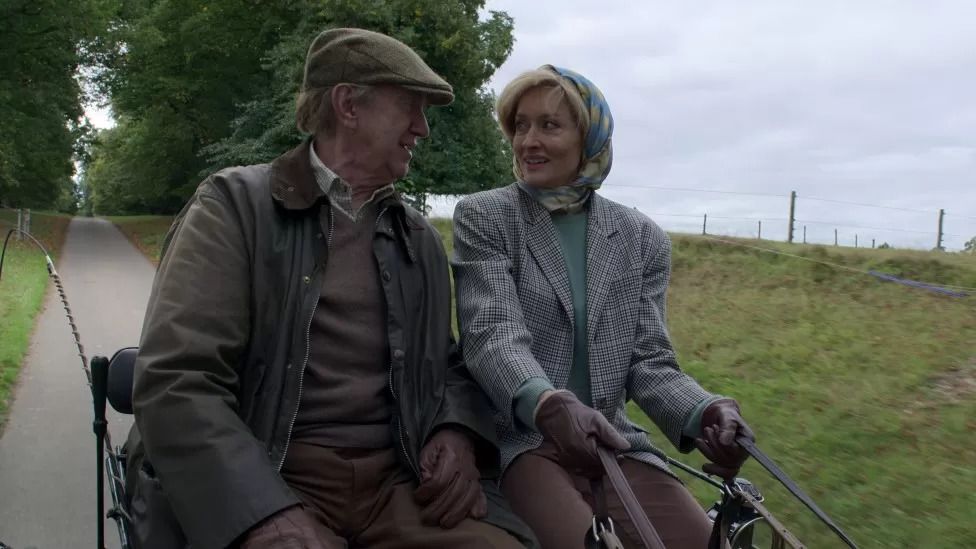 The closer this series gets to the present day, the more the truth and and the blurring of fact and fiction matters.

This season is set in the 90s and the Queen - played magnificently for the first time by Imelda Staunton - is in her mid-60s. Her children's marriages are failing and, controversially, the show suggests an affair between Prince Philip and Lady Romsey, 32 years his junior.

The Duke of Edinburgh, played by Jonathan Pryce, denies it, but in a testing scene, he tells the Queen of his "disenchantment" with the marriage. But The Crown is so plausible and so human that it's always been impossible as a general viewer to distinguish drama from reality.

In the absence of royal-related facts that we will likely never know, this fiction fills the void, and for many becomes the truth.

So soon after the Queen's death, and with so many of the characters still living, that feels more difficult to justify editorially.

2. John Major's portrayal is a revelation 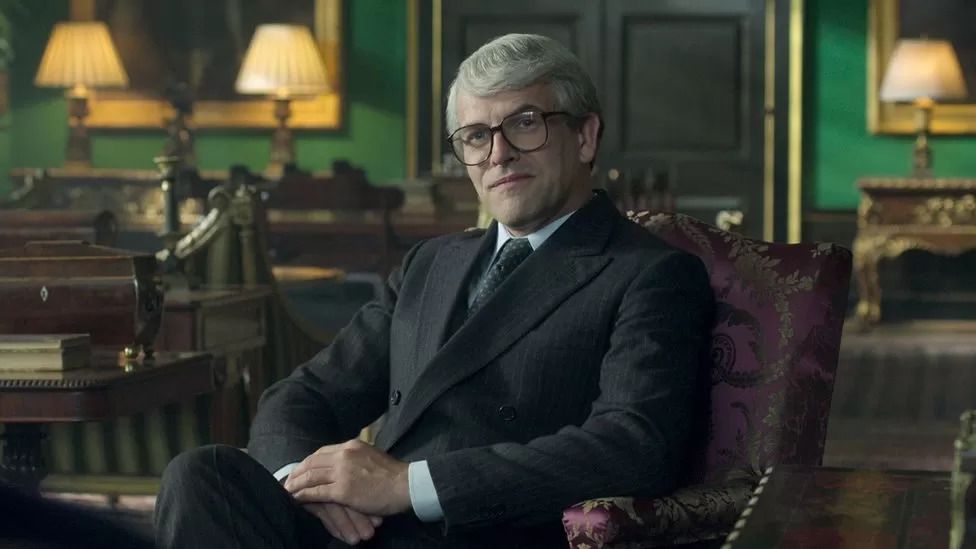 The former prime minister has attacked this series for suggesting Prince Charles wanted to force the Queen to abdicate, calling that "malicious nonsense".

But in The Crown, the politician, once ridiculed by Spitting Image for being dull and boring (and eating peas), is anything but.

Brilliantly brought to the screen by Jonny Lee Miller, he's highly regarded by the Queen - a wise voice of the people and a diplomatic go-between in the messy divorce-wrangling between Charles and Diana.

(And there are no peas in sight when his wife, Norma, played by Flora Montgomery, serves up his dinner in episode nine). 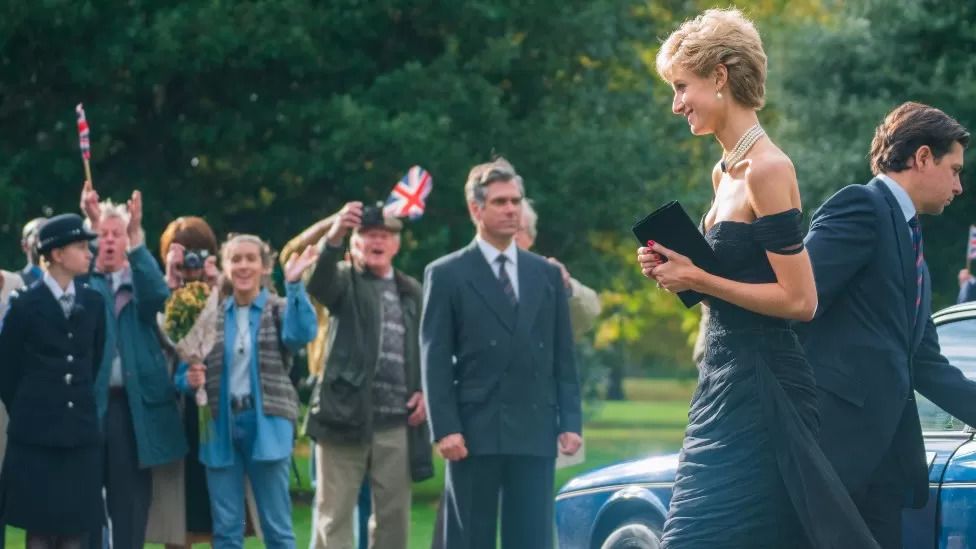 Elizabeth Debicki said she was initially overwhelmed at the prospect of playing Diana, Princess of Wales

The voice (hesitant, breathy, the right side of posh), the dipped head as she looks up through her eyelashes, the haircut, the expressions and, of course, the clothes; it's all so Diana.

While Dominic West does his best to inhabit the character of (the then) Prince Charles, he's too suave and too obviously handsome to be entirely believable.

4. The BBC comes under scrutiny 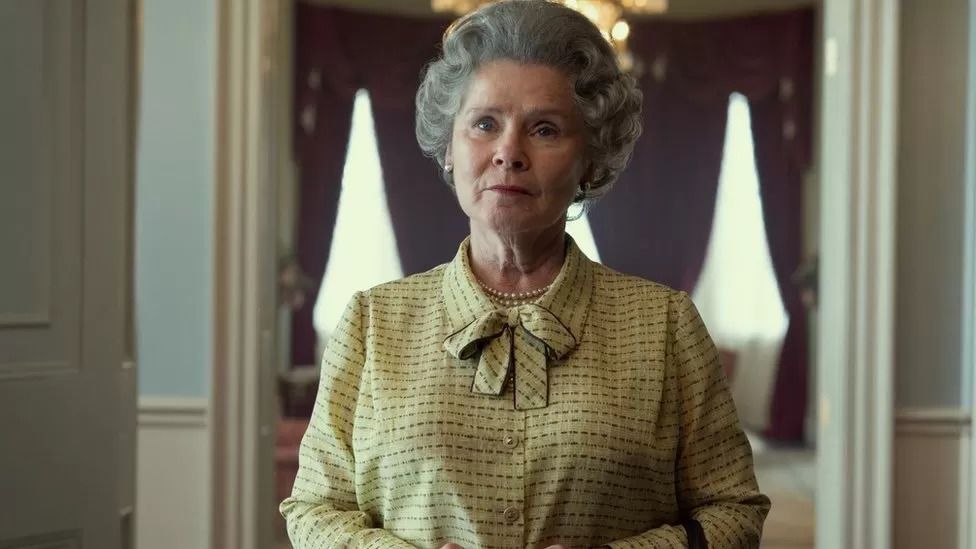 The BBC is a character in series five and it doesn't make comfortable viewing.

The Queen's loyalty to the BBC is juxtaposed with the bigger, damaging story of the interview Princess Diana gave to Panorama and the controversies surrounding how it was obtained.

The BBC has said it will never broadcast the interview again, but The Crown recreates the scenes.

Any drama about the royal family from that time would likely do the same, but it's hard not to imagine the pain it will cause those involved and is grist to the mill of those who say The Crown should have stopped long before it reached such a recent and difficult period.

The advent of satellite television and what that means for the BBC also is a thread that runs through this series.

The Queen is resistant to changing her TV until Prince William tells her if she gets a satellite dish, she'll be able to watch a racing channel any time she wants.

5. Money has been no object 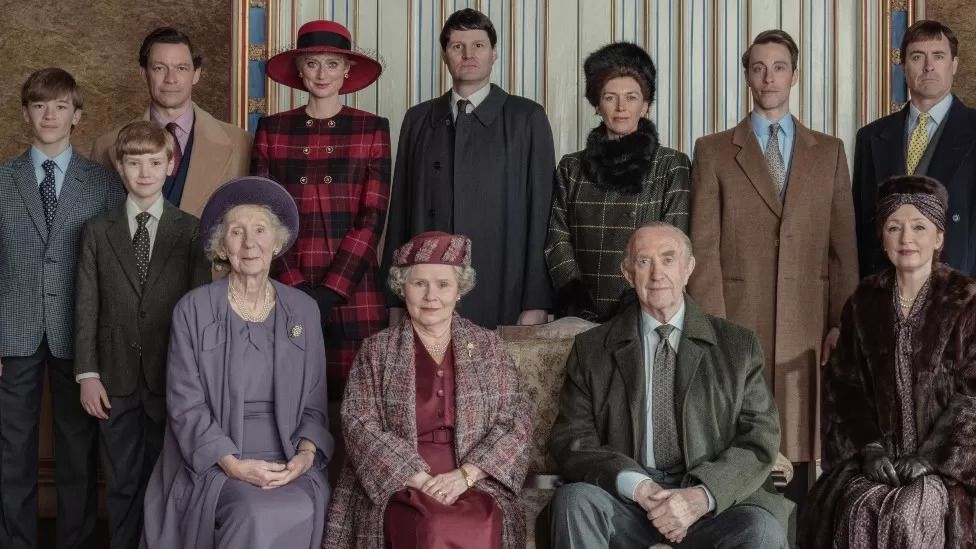 Season five depicts the Royal Family during the 90s

The Crown is believed to cost around £10m an episode (though that's always been denied by its creator and writer Peter Morgan).

In this series, it appears again money has been no object.

We're offered sumptuous stand-ins for royal houses and palaces, a recreation of the Hong Kong handover ceremony and we see Her Majesty in London's Guildhall making her famous "annus horribilis" speech.

The (fading) Royal Yacht Britannia becomes a metaphor through the series for a sense that the Queen herself is becoming out of touch, obsolete and irrelevant.

I can see why the writers leapt on that narrative - the yacht was decommissioned in 1997 in the first year of Tony Blair's administration. But the parallels feel overdone, particularly in light of the real Queen's subsequently long and lauded reign.

6. Does it show Britain stuck in the past? 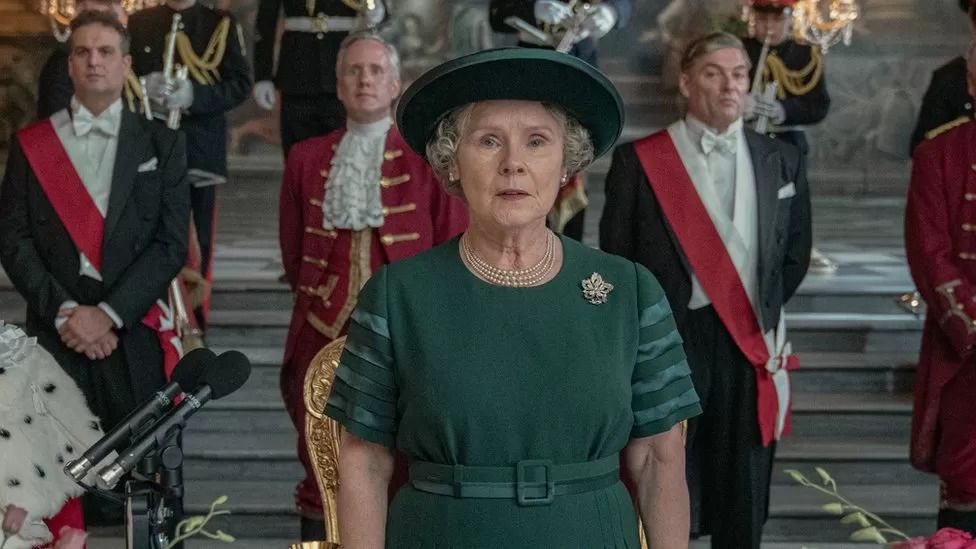 Imelda Staunton shows the Queen in public and private moments

The Crown affects how Britain is viewed internationally, but it probably only confirms what people already think.

The Britain of the programme is awash with regal splendour. We see fine dining and the classrooms of Eton; the English are depicted as lovers of game shooting and good manners.

For some, these portrayals mean we'll be seen as a country stuck in the past, for others as one informed by a rich history.

Some of the tensions in series five concern whether it was the Queen or Prince Charles who had a better sense of what modern Britain represented.

In real life, the pageantry of Her Majesty's funeral showcased the country to the world. In its own way, The Crown could be applauded for also keeping Britain on the world stage.

7. It reflects our own complexities 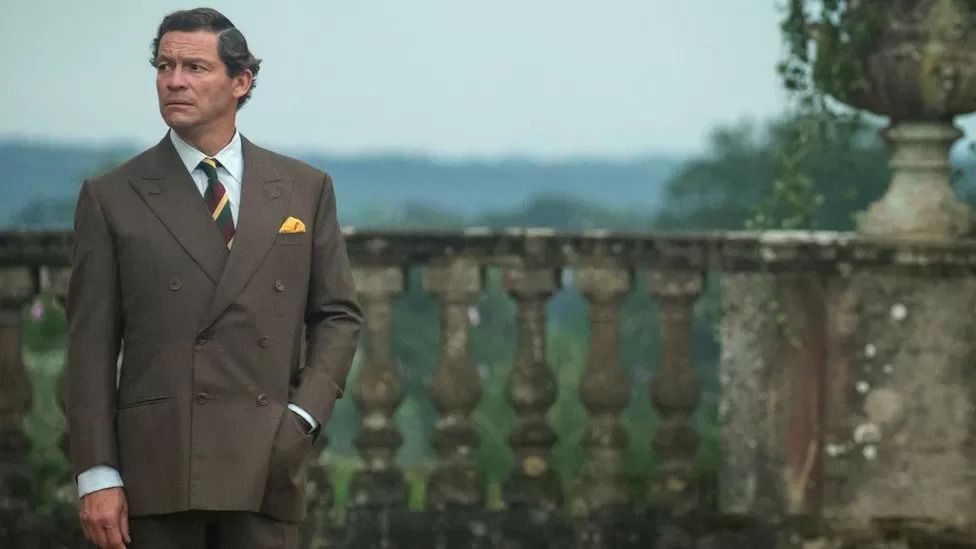 Dominic West as Prince Charles, as he was known then

Humans are complex and the characters in The Crown are no exception.

Much of the controversy around this series has been about whether Prince, now King, Charles is unfairly portrayed in his relationship with Princess Diana, and as he tries to find a role for himself as Prince of Wales.

After five series of The Crown, my sense is that writer Peter Morgan's skill is that he shows us the complexity of what it means to be human.

He falls in love with his characters and can't help but infuse them with real depth of emotion.

Only the most fervent anti-monarchist would fail to respond.