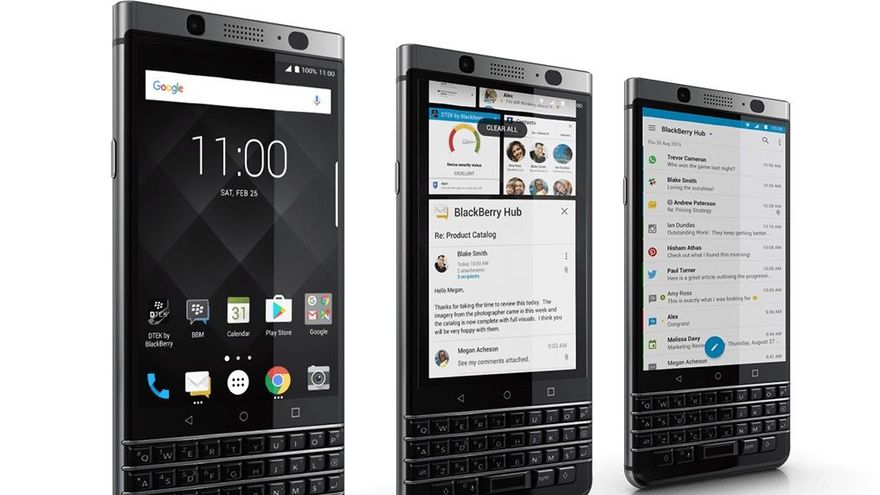 The classic BlackBerry mobile phone keyboard is back

The iconic BlackBerry keyboard, which was dethroned by touchscreens, will survive in a new 5G smartphone launching next year, according to a deal announced Tuesday.
Texas-based OnwardMobility will work with a Foxconn Technology Group subsidiary on a BlackBerry smartphone powered by Android software and designed for 5G networks, the two companies said in a joint statement.

BlackBerry reported earlier this year that Chinese electronics group TCL would have no rights to design, manufacture or sell its smartphones as of late August.

The new mobile phone will make its debut in Europe and North America, and will be designed to appeal to the growing number of people who work remotely, the statement said.

According to Franklin, BlackBerry smartphones are known for protecting communications, privacy and data.

Franklin added that the deal will offer a new BlackBerry 5G Android smartphone with a physical keyboard.

BlackBerry's share of the global smartphone market has dropped to almost zero, a decade after it dominated the market with its keyboard layout.

The rise of iOS, Apple, and Android touchscreen phones prompted BlackBerry to abandon the market to focus on software and services.

The Canada-based company licensed its smartphone technology to TCL in 2016 in a failed effort to revive its success.

The deal announced on Tuesday gives OnwardMobility the right to develop, design and market a BlackBerry 5G smartphone. FIH Mobile, a Taiwan-based subsidiary of Foxconn, will design and manufacture the new device.
Add Comment