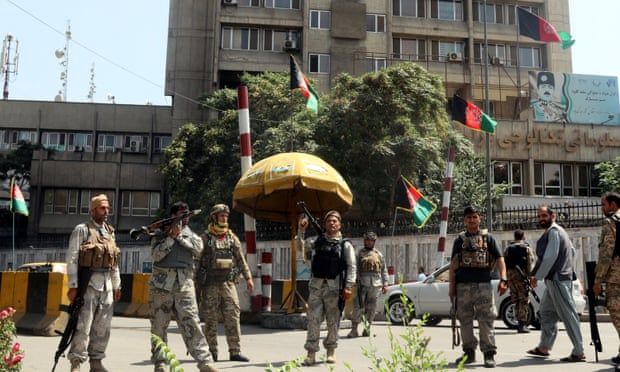 The abandonment of Afghanistan is shameful | Letters

Jane Ghosh thinks we have left behind devastation and despair, Trevor Curnow looks at parallels with Vietnam, while Daniel Peacock expresses concern for a generation of women and girls. Plus letters from Martin Harris and Caroline Willcocks

The history of western interference after the second world war in countries throughout the world has been one of unmitigated failure for which we all bear a share of shame (UK and US send troops to aid evacuation from Afghanistan as Taliban advance, 13 August).

Western powers have invaded countries thousands of miles away in the name of “democracy” and achieved a vacuum of power that has swiftly been filled by the very forces they went to evict. Vietnam, Iraq, Afghanistan. We have left behind devastation and despair while never learning the lessons of each disaster. If people want a one-party state, why does the US and its poodles think it has a duty or right to impose a very flawed system of democracy on other nations? Hubris followed inevitably by nemesis.
Jane Ghosh
Bristol

*  Much has been written of late about how Afghanistan is being abandoned by its western allies, and parallels are inevitably being drawn with the US withdrawal from Vietnam. But perhaps those parallels should be pushed a little further. The government of South Vietnam was massively corrupt, with little popular support. Those were two of the reasons why it fell. Is it worth asking where the billions of dollars poured into Afghanistan have gone and why its government seems unable to defend itself? And what, now, is the alternative? Permanent colonisation of Afghanistan in a world where “colonisation” has rightly become a dirty word?
Prof Trevor Curnow
Lancaster

*  The disaster we are watching unfold in Afghanistan should put to rest the idea that there is such a thing as US “moral leadership”. President Biden has all but abandoned the country to a regime of medieval savagery and backwardness. A generation of Afghan women and girls is seeing its rights, freedom and dreams cruelly snuffed out. It is sickening to behold.
Daniel Peacock
Manchester

*  Among the many shameful aspects of the west’s abandonment of Afghanistan, we now learn that those young Afghans admitted to UK universities next month will be denied the places they had won on merit, apparently because embassy staff could not complete the paperwork in time. Can I suggest that every university with potential students from this sad country might band together and charter a plane to bring as many as are able to leave at once? I’m sure the Home Office will be able to deal with the “paperwork” once these young people are safely in the UK.
Sir Martin Harris
Former vice-chancellor, universities of Essex and Manchester

*  Ten years ago I worked for a British refugee charity on a government-funded scheme to encourage asylum seekers to voluntarily return to their home countries. Among others, we dealt with Afghans, and they returned under the belief that life would be relatively safe (although interestingly, it was never deemed safe enough for us, British workers to visit the country). Have we not let these people down? Have we not betrayed all the Afghan women who have resumed education and roles outside the home? And what about the journalists, the artists, those who engaged with a fragile democracy? Many of these people will be targets now. Involvement in civil society leaves a digital footprint that is hard to erase. I feel guilty myself, and on behalf of my country. The least we can do is give generously to the agencies on the ground who will soon be dealing with millions of refugees.
Caroline Willcocks
Bromyard, Herefordshire

*  I write to ask that the Guardian stops referring to Afghan women and female children being forced into “marriage” with Taliban men (Editorial, 13 August). It is not marriage. It is rape and slavery. In this case a polite word covers, even partially legitimises, the Taliban’s crimes.
Annie Thackeray
London