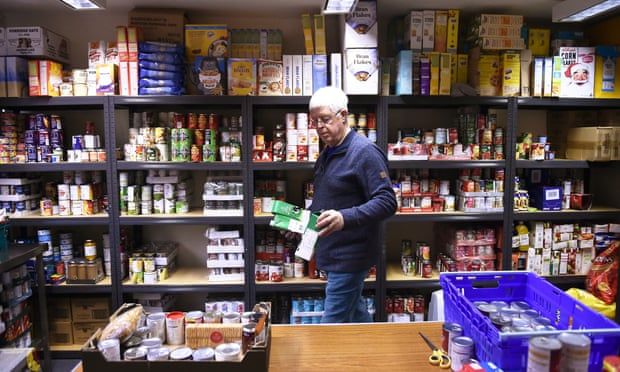 The £20 benefit cut won’t happen. Johnson can’t level up while levelling down

The six million poorest households in the country will lose £20 a week, it was confirmed last week. That universal credit axe is due in October, as the Treasury harvests £6bn a year from those with least. Yet in a speech this week Boris Johnson will promote his “levelling-up” meme, “to boost the country’s most disadvantaged areas”. If he means the north-east of England, that £20 weekly cut will add to the region’s child poverty, which has risen by a third in the past five years.

Selling contradictory policies is the prime minister’s comfort zone, his native habitat. His success thrives on the airy figments of narrative and imagination, of symbols and totems, not in pounds in the pockets of poor people.

Last time it was debated, this £20 cut met strong opposition from some Tory backbenchers, many of them representing northern seats. Remarkably, last week six former Tory work and pensions secretaries wrote to Rishi Sunak expressing their opposition to it. But there are still plenty of tough nuts: the MP Andrew Rosindell told the BBC’s Politics Live: “I think there are people that quite like getting the extra £20 but maybe they don’t need it.”

Yet the groundswell of disgust is vociferous: the Resolution Foundation calls it “a disgrace”. Its director, Torsten Bell, says the cut “will hit a third of households in Midlands and the north (vs a fifth in south-east)”.

The Trussell Trust food bank network fears an avalanche of demand falling on its volunteers (plenty of whom are Tory voters). House of Commons library research shows this £20 cut will push 420,000 more children below the poverty line, adding to the 4.3 million children already there, meaning it will be up by a million since 2010. The Trussell Trust’s policy director, Garry Lemon, hopes the same public outrage that sparked a government U-turn over free school meals will stop this cut. (Remember, to qualify for universal credit, a household’s income must fall below £7,400 a year: that’s half the cost of the prime minister’s Mustique holiday.)

The pandemic has “turbo-charged” the wealth gap between rich and poor, the Resolution Foundation reported on Monday. On the ground, at the remarkable Big Help Project in Knowsley, Merseyside, they are grimly braced for the £20 cut to propel one in five locals into their food bank. Many of those people will have been working throughout the pandemic, but earning too little to survive. They’ll have been doing the jobs that kept everyone else alive – van-driving, shelf-stacking and caring. That helps explain the Health Foundation’s finding that those of working age in the poorest places were four times more likely to die of Covid.

But surely these contradictory policies are a stretch too far, even for Johnson. I bet the £20 cut will not happen, as not even he can level up and down at the same time. Just before that October axe falls, in a heroic gesture of “generosity”, he will save it.

So why not now? Because as soon as the cut is restored, the Trussell Trust and every child and poverty charity will, like Oliver Twist, clamour for more. That £20 doesn’t begin to restore the £37bn in benefit cuts, caps and freezes that George Osborne as chancellor rained down mainly on children and sick people. Bell asks rhetorically: “Why does building back better involve coming out of this crisis with the lowest basic rate of benefits in 30 years?” In the past half-century, while the economy grew by 140%, unemployment support only rose 40%.

But Johnson wouldn’t have won his 80-seat majority if his voters cared over-much about the have-nots. A £20 gesture will do. His levelling-up speech this week will instead summon imagery of place and identity. Raising the pride and the spirit of the north (and Midlands) with signature projects, he will roll out the pork barrel, promising “grassroots” sports facilities (not matching the 710 council football pitches lost since 2010).

Railway lines, wind turbines, battery gigafactories and two Whitehall offshoots in Darlington and Leeds will stand as physical emblems. The cash sums that towns can compete for won’t replace council cuts, but constituencies electing Tory MPs get the pork: Hartlepool’s reward was an instant £25m.

Johnson pretends austerity is over: “It’s vital that we do not make the mistakes of recovery from the financial crash,” he’ll mendaciously claim this week, yet his budget has cut 8% from every department bar three.

Johnson will promise “a fairer, stronger society – one where, whatever your background and wherever you live, everyone can access the opportunities they need to succeed”. That’s just boilerplate political blah. Labour’s problem is not that he steals its script, but that he acts in a totally different play – and so far, his histrionics have won more applause. But before long his theatrics will crash into the reality of widening inequality. Follow the money. A few flashy capital projects won’t dazzle people who still find their incomes falling due to a ruthless economic plan that is austerity in everything but name. Neither the north nor anywhere else will be fooled for ever.