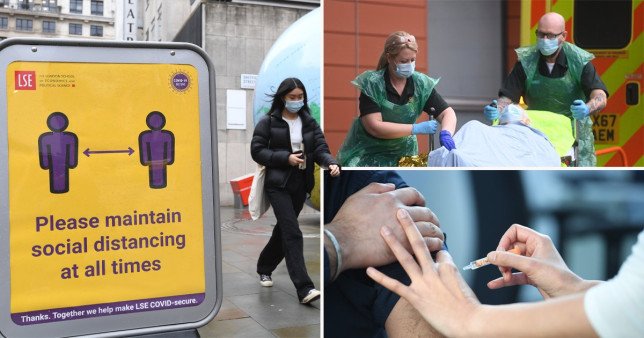 The 13 areas in England where Covid rates are still rising

Case rates are continuing to fall in all English regions, according to the latest weekly surveillance report from Public Health England. But in 13 of the country’s 315 local areas (4%) there has been a rise in case rates. 301 (96%) have seen a fall and one is unchanged.

London’s rate of new cases stood at 435.0 per 100,000 people in the seven days to January 24, down from 658.7 in the previous week. But the capital continues to have the highest rate of any region.

The 10 areas with the biggest week-on-week case rises

On Wednesday night, Chief scientific adviser Sir Patrick Vallance was cautiously optimistic about lockdown working, though he said that one in 55 people are currently estimated to have the virus.

Knowsley in Merseyside continues to have the highest rate in England, with 1,171 new cases recorded in the seven days to January 24 – the equivalent of 776.2 cases per 100,000 people.

The figures, for the seven days to January 24, are based on tests carried out in laboratories (pillar one of the Government’s testing programme) and in the wider community (pillar two) and are compiled by the PA News Agency.

Data for the most recent four days (January 25-28) has been excluded as it is incomplete and does not reflect the true number of cases.