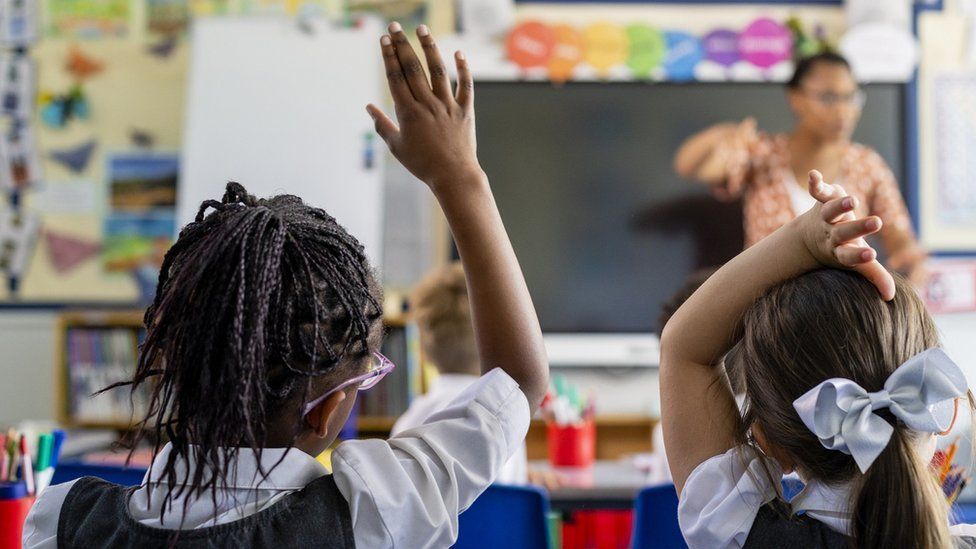 Teachers one step closer to going on strike in Great Britain

Teachers are one step closer to going on strike in Britain after rejecting a 5% pay rise offer.

The largest union for England and Wales, the NEU, said 86% of its members who responded to an initial ballot said they were willing to strike. It is now launching a formal strike ballot.

The NASUWT union has also begun one for members in Scotland, England and Wales.

Both have previously said the government's offer does not address the cost-of-living pressures on teachers.

The last national dispute over teachers' pay was in 2008.

Education is one of many sectors grappling with action over pay. Railway workers and Royal Mail staff are among those walking out.

The starting salary for teachers in England is due to rise to £30,000 a year by September 2023, as part of a promise that was made during the 2019 election which became delayed by the pandemic.

The pay of more experienced teachers in England - who make up most of the workforce - has seen the biggest squeeze over the past decade, falling by 8% in real terms between 2007 and 2021, according to the Institute for Fiscal Studies.

The pay rises in England have to be paid for out of schools' existing budgets, leading some to warn BBC News they were axing school trips and music lessons to try to avoid having to cut staff.

The NEU said it would announce a timetable for a formal ballot and potential strike dates in the coming week.

It said the results of a preliminary online ballot of its members in England and Wales showed support for a formal ballot, with 98% of respondents saying they wanted a "fully funded, above-inflation pay rise", and 86% saying they would vote yes to strike action to demand the rise.

Joint general secretaries Dr Mary Bousted and Kevin Courtney said the results were "a clear statement from teachers that they cannot go on like this".

"Our members don't want to strike - they want to be in the classroom, doing what they do best, educating the nation's children," they said.

"It is regrettable that we have reached this point, but enough is enough."

The Department for Education said it was "incredibly disappointing" that some unions are threatening strike action, saying it would "damage children's education and disrupt parents' lives".

"The highest pay awards for teachers in a generation" have been confirmed with 8.9% for new teachers and 5% for experienced teachers, it said, adding that the average salary for teachers in November 2021 was £42,360.

Members of NASUWT in England, Scotland and Wales will receive ballot papers from 27 October, and voting will close on 9 January.

The union, which wants a fully-funded real-terms pay award of 12%, said it was recommending that members vote in favour of industrial action.

Members of Scotland's largest teaching union, the EIS, are also being balloted for strike action.