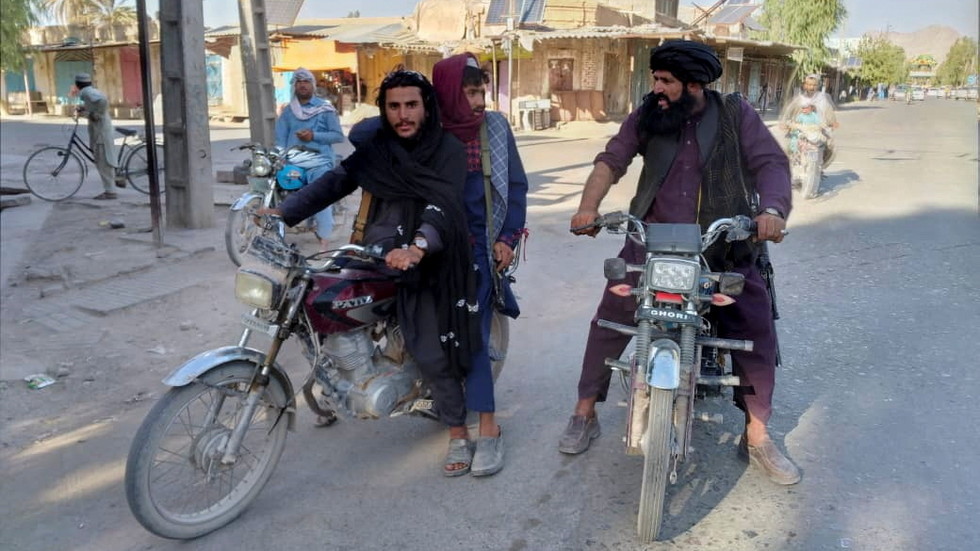 The UK is taking seriously the events in Afghanistan, where the Taliban has just entered Kabul, with PM Boris Johnson assembling an urgent COBRA meeting and asking the parliament to come out of recess to discuss the takeover.
Earlier on Sunday, Taliban fighters made their way into Kabul, which had remained the now-defunct Afghan government’s last stronghold, after a largescale offensive in recent weeks saw the radical group seizing all other major urban areas in the country and encircling the capital. The gains by the militants occurred amid the withdrawal from Afghanistan of the US-led coalition, in which Britain played a major role, after a two-decade-long presence.

Fighting has been mostly avoided in the city of 4.9 million as the sides engaged in talks, which Taliban expects to conclude “in the next few days,” with the government handing the power over to the group. Negotiations reportedly started at the presidential palace in Kabul and are now expected to continue in Qatar, where some of the militant leaders have been staying.

British Prime Minister Boris Johnson “has convened a COBR meeting for later this afternoon to discuss the situation in Afghanistan,” the PM’s spokesman announced shortly after the news came from Kabul.

The government has also asked for Parliament to be recalled from its summer recess to urgently address the Afghanistan issue. The Speaker has granted the request, meaning that the MPs would cut their holidays short and gather at Westminster Palace on Wednesday.

The UK was among the Western nations that have rushed to evacuate their embassies from Kabul in recent days, despite Taliban giving assurances that foreign diplomats and aid workers would be guaranteed safety. London had sent 600 troops to the Afghan capital to make sure UK nationals would be able to leave the country unhampered.

During the past week, the size of the British diplomatic mission in Kabul was reduced from 500 to just several dozen people, according to the Sunday Telegraph. The UK’s ambassador to Afghanistan was expected to depart from the country on Sunday, the paper added.
#Boris Johnson  #Afghanistan  #Johnson
Add Comment