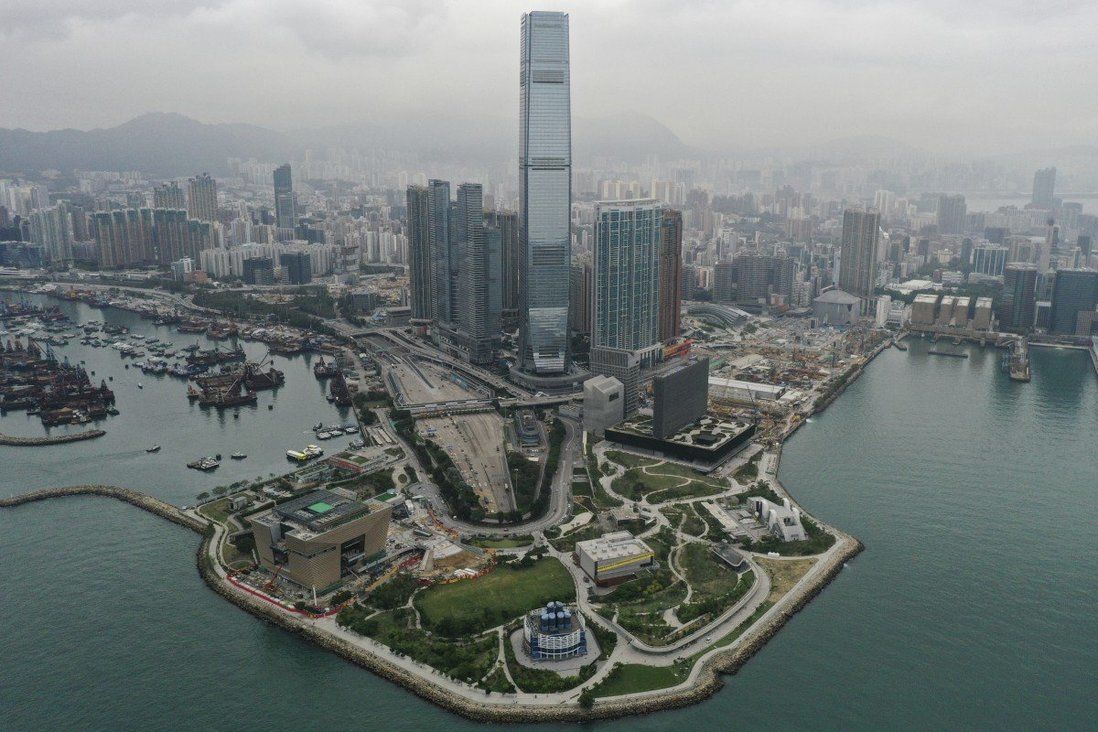 Tale of two museums: How arts hub design could have been more inclusive

From the M+ to the Palace Museum, none of the high-profile venues in the West Kowloon Cultural District were offered up for greater participation in truly open design competitions, a missed chance to include the public and build civic pride.

When working on a residential project on Stubbs Road, Pritzker Prize-winning architect Frank Gehry came to Hong Kong in 2005 and spoke of our city as a place with not much architecture, as most buildings resemble “products from the same cookie cutter”.

If buildings are hardware, architecture is hardware with a soul.

Hong Kong’s magical transformation from a fishing village and salt production fields to a major logistics hub and global financial centre is legendary.

However, the scarcity of buildable lands forced landowners and developers to squeeze every square inch of space, churning out mainly rectilinear and indistinguishable floor plans to maximise use and efficiency.

Throughout the years, opportunities for architecture were lost, although we kept on building. Hong Kong buildings epitomise “form follows function”, but probably not in the way imagined by Louis Sullivan when he coined the phrase.

In comparison with our economic growth, Hong Kong certainly lags behind in art and cultural development. But being a financial centre does not mean there is no room for high design and culture. New York and London are two of the best examples of megacities that are also leading cultural hubs and trendsetters. 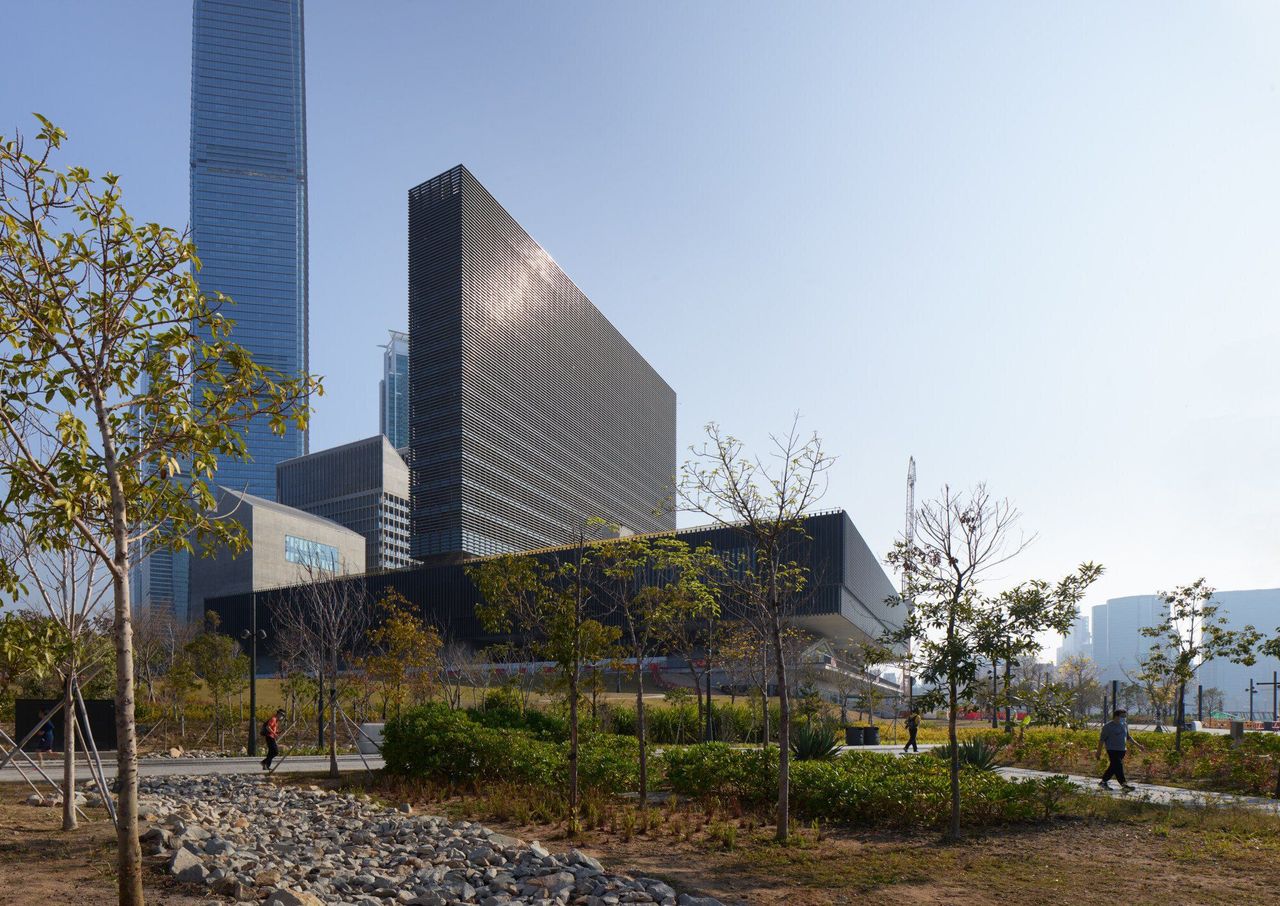 The M+ museum of visual culture, still under construction, viewed from the Art Park in the West Kowloon Cultural District, Hong Kong, earlier this year.

Two major museums are set to open in the West Kowloon Cultural District, with the M+ museum this year and the Hong Kong Palace Museum next year.

Beyond the completion of two buildings in the much-anticipated cultural district, the two museums aspire towards a profound mental shift; a step towards creating world-class art houses with architectural merit.

Consider the city’s existing public museums, from the Heritage Museum to the Museum of History and the Science Museum. Even those of us who have visited these venues a few times have trouble recalling what the buildings look like and this possibly includes the newly revamped Museum of Art.

Our lack of appreciation of the places reflects the failure of the venues to give their visitors a memorable experience. 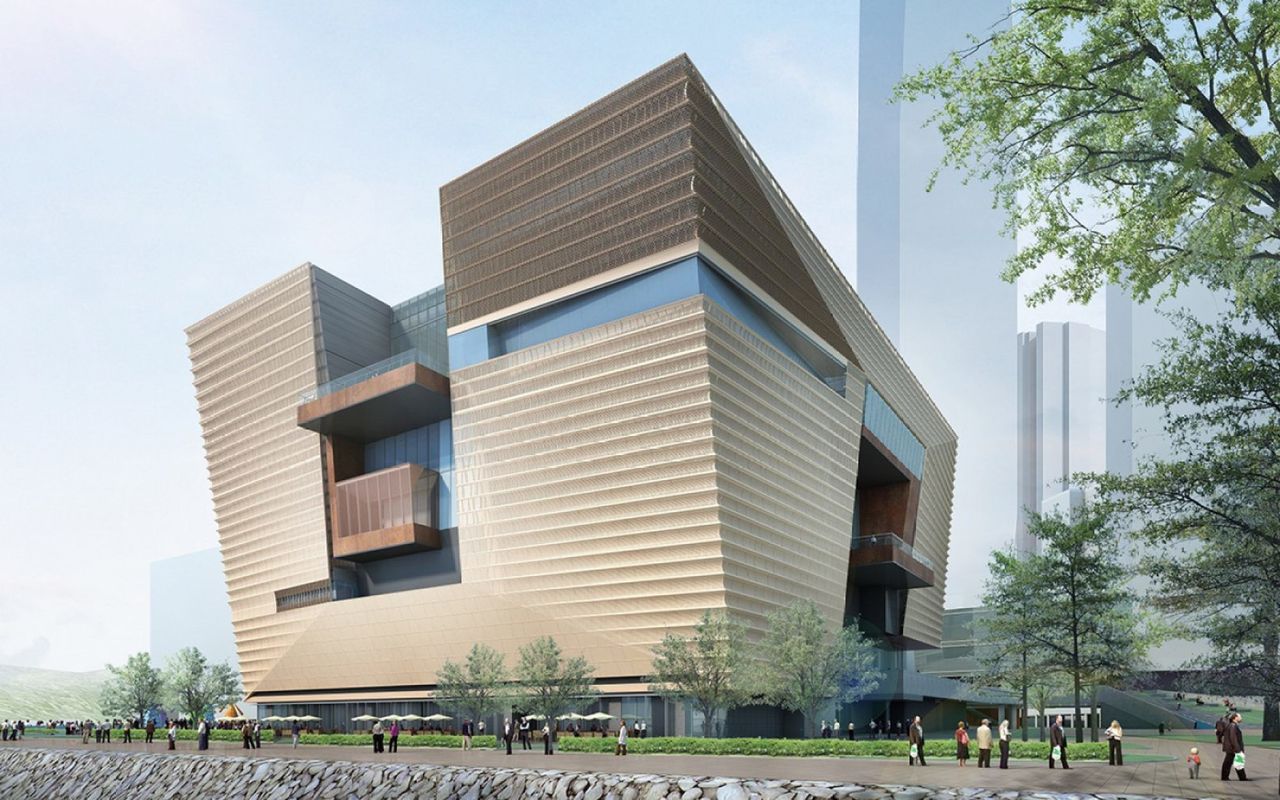 The two new museums are set to change that, creating iconic and recognisable venues with architectural character, surrounded by urban spaces for the public to enjoy.

The management must be looking forward to opening these designated art venues with a bang, for the museums to instantly become must-visit destinations for tourists and locals, and to overwhelm all previous controversies– whether it is the contractor’s poor performance, offensive artworks, frequent change of management or the much-delayed programme.

After the 2019 civil unrest and amid a pandemic, the government will want to build on the positive mood inspired by the success of our athletes at the Tokyo Olympics. The two museums can enhance our sense of belonging and the city’s image.

In an affluent society, our skills, intellect and appreciation of aesthetic values collectively define our self-esteem and culture. What is our city’s equivalent of the Eiffel Tower, Tower Bridge or Statue of Liberty? 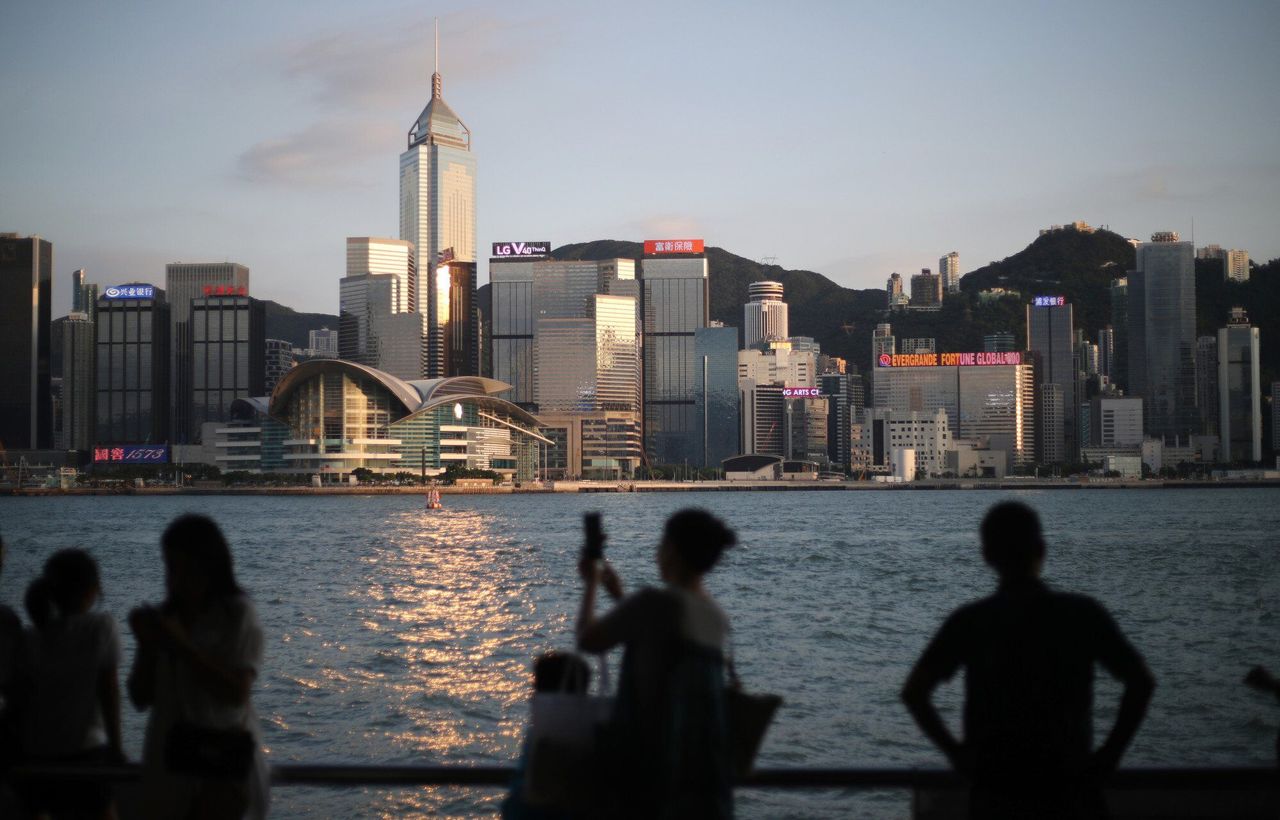 A view of Victoria Harbour from Tsim Sha Tsui on August 6.

Our stunning harbour is lined with famous bank buildings and other commercial towers with which white-collar workers and even expatriates might feel at home, but which the general public who sees them from afar can hardly associate with. To build a sense of belonging and civic pride, the public could be better engaged in the process of the making of the city.

With the design of the M+, an international design competition was called, with six teams featuring world-famous architects shortlisted, and the eventual winner was Swiss architecture firm Herzog & de Meuron teamed with London’s TFP Farrells. While these big names were familiar to the design community, how could the public gain association and get involved?

With the Palace Museum, the handling of its announcement and design was, to say the least, dreadful and insensitive. Then chief executive Leung Chun-ying unveiled the project in December 2016, calling it “the best and greatest gift to celebrate the 20th anniversary of Hong Kong’s return to the motherland”. This surprise announcement instantly backfired for the lack of transparency
and public consultation.

Also, the architectural team was appointed with no competition held and no justification offered. Critics were opposed, not to the museum, the nod to the Forbidden City, or its cost, which the Jockey Club is picking up anyway, but to the lack of inclusion and engagement with the general public.

This lack of political sensitivity made the Palace Museum’s success questionable, something that an after-thought of a public consultation could not salvage.

Politicians are always stressing the importance of developing local talent. Yet the West Kowloon Cultural District committee would only look at risk-free, well-established design firms that, even better, come with a long list of job references.

Starting from the Xiqu Centre,none of the district’s high-profile venues were offered up in truly open design competitions except for a few temporary structures. In the initial selection process, the committee would only review pre-qualification questionnaires without any sketches, drawings, renderings or design ideas. This process screened out all of the smaller design firms. 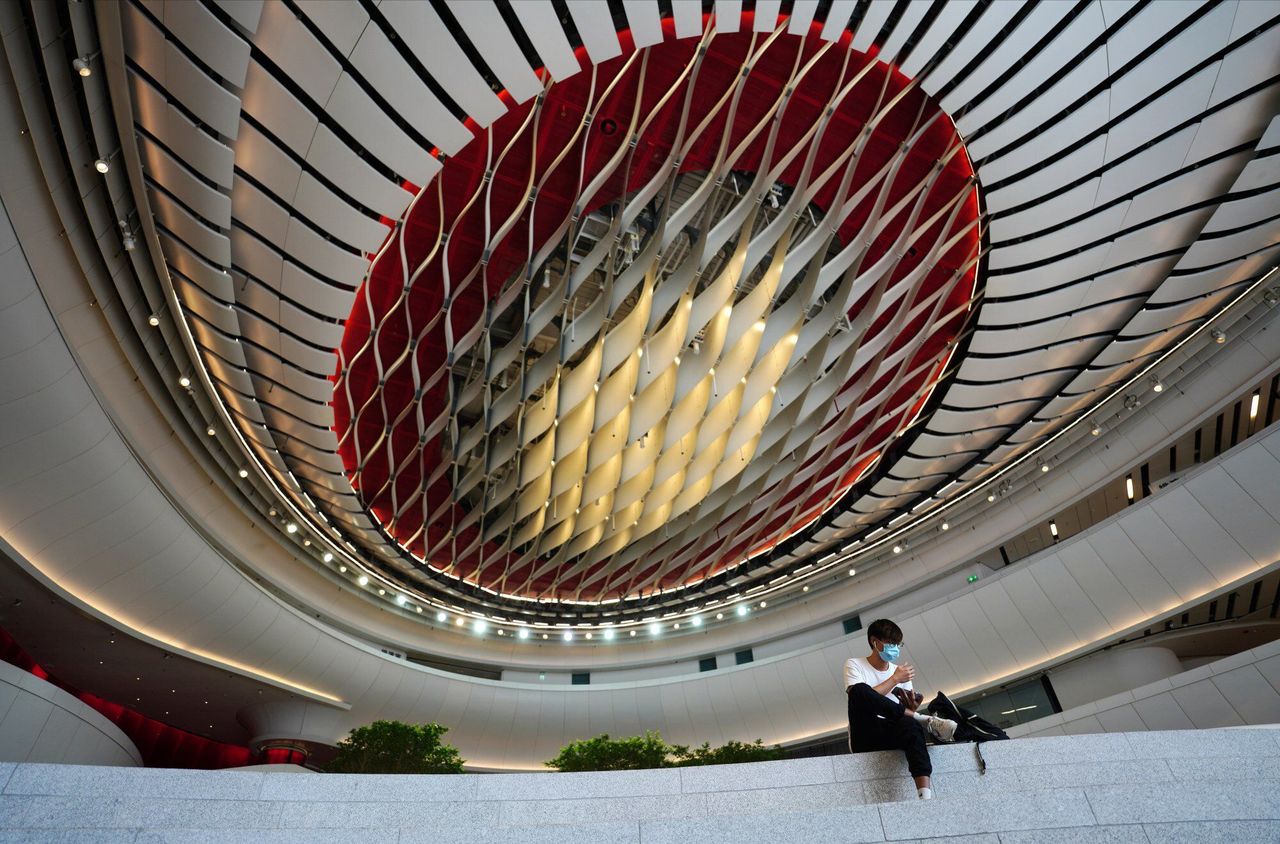 The interior of the Xiqu Centre pictured on September 16, 2020.

There is no risk in hosting an anonymous open competition. Is Washington’s Vietnam Veterans Memorial or the World Trade Centre Memorial high-profile enough? They were designed by the then-unknown 21-year-old Yale architecture student Maya Lin and 35-year-old Michael Arad respectively. After winning the open design competitions, they were paired with experienced firms to materialise their visions.

This is how talent is discovered, knowledge passed through the generations, and dreams made. Such open platforms do not take away from the opportunities for star architects or well-established firms.

A sense of inclusion is critical in developing civic pride, especially when Hong Kong needs another magical transformation heading into the next era. What would be better than offering true opportunities for all to put the soul in our architecture?