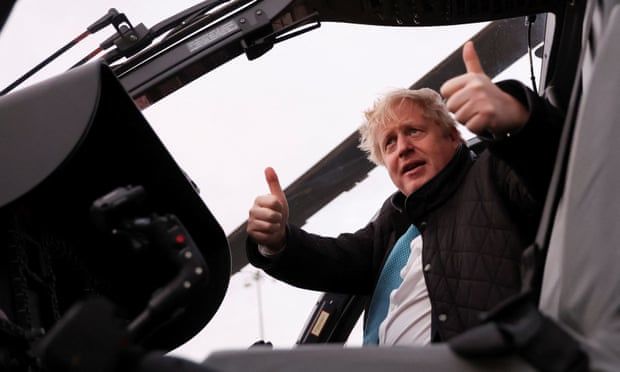 A heavily redacted report into Downing Street parties by the senior civil servant Sue Gray will be published imminently, the Guardian understands, after Scotland Yard provoked fury and confusion by revealing it had demanded key details of the worst offending be removed.

MPs labelled the Metropolitan police a broken organisation after the force admitted it had asked Gray to make “minimal reference” in her inquiry report to matters its officers were now investigating. The Met, battered by criticism, insisted it needed to protect the integrity of its investigation.

Gray’s team had been considering sending a redacted version of the report to No 10 or waiting for the Met to conclude its inquiry and then sending the full report. On Friday night, government sources said they decided to send a redacted version, at the request of the Met. They are not believed to be intending to submit anything further to Downing Street.

No 10 had vowed on Friday to release whatever findings it receives from Gray but said the Met should be given “time and space” to complete “its independent work”.

Earlier, Labour had called for the full report to be published. It said the government was in a state of extended paralysis, while some Tory backbenchers described Boris Johnson as a “lame duck” without the authority to tackle the looming cost of living crisis and possible Russian invasion of Ukraine.

Scotland Yard had issued a brief statement on Friday morning saying it was in “ongoing contact” with Gray’s team about “the content of the report” to “avoid any prejudice to our investigation”.

Police stressed they had not asked for the document to be delayed, but their request left Gray unable to publish the report as she intended.

On Friday night after a torrent of criticism, the Met issued a further statement, saying it had received “information” – understood to be evidence such as messages between Johnson’s aides – from the Cabinet Office that helped Gray to reach her conclusions.

Commander Catherine Roper, who leads the Met’s Central Specialist Crime Command, said officers would look at the material “promptly, fairly and proportionately”. She confirmed that those named by Gray as breaching Covid rules would be “contacted in writing, and invited to explain their actions including whether they feel they had a reasonable excuse”, after which officers will decide if fines should be issued.

Johnson’s political future may hinge on whether he and senior No 10 staff are exonerated or criticised, and the Met’s intervention prompted concerns that the issue could remain unresolved into the spring if key details remain unpublished.

Questions had been raised about the suitability of sending Johnson the full report, when events he could have been present at are potentially those the Met are investigating.

Earlier, one Tory MP raised concerns that Gray’s full findings may not emerge. They told the Guardian: “What people want is justice and the truth – what they expect is a cover-up. If that’s what happens, we can take another 5% off our standing in the polls. It’s a massive loss for confidence in the police and damaging for the party.” 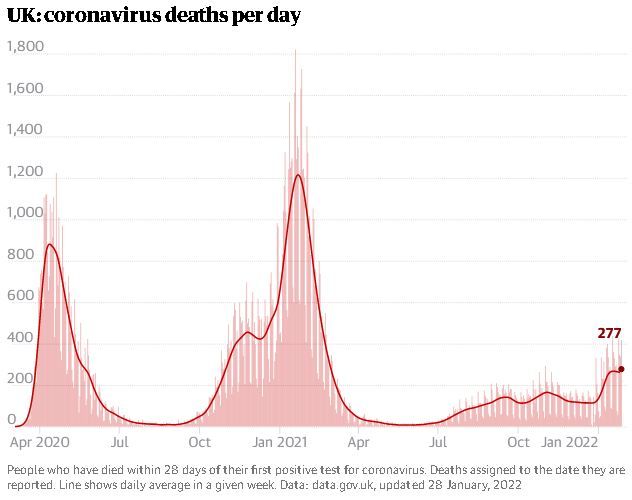 Another called the Met a “broken organisation” and said fears the report would look like a whitewash were the fault of Scotland Yard’s “incompetence”.

Those with knowledge of the Met’s thinking said senior officers do not want Gray’s findings of wrongdoing published in detail before those who may be interviewed are spoken to by police, potentially polluting the recall of witnesses.

But the Met’s fears that Gray’s report could prejudice its own investigation prompted widespread incredulity, given the risk only arises when a criminal investigation is launched that is expected to lead to arrests followed by a trial by jury.

Nazir Afzal, a former chief crown prosecutor for north-west England, called the announcement by the Met defending its demand for redactions “absolute nonsense”, adding: “A purely factual report by Sue Gray cannot possibly prejudice a police investigation. They just have to follow the evidence, of which the report will be a part.”

Dal Babu, a former Met police chief superintendent, said he was “a little bit confused” about the force’s decision. He said he was “struggling to understand why this report would impede the police investigation”, given it had “no legal standing” and a lot of evidence was already in the public domain.

One former senior Met officer with extensive experience of sensitive investigations said the force had unnecessarily got itself into trouble and was concerned by its missteps so far, some of which were branded “brain dead”. The source said: “They are making it up as they go along.”

The former chief whip Mark Harper had pushed for Gray’s report to be published in full. He told the Guardian: “A partial publication with crucial details missing would be an insult to the public.”

Roger Gale, a backbencher who has already submitted a letter of no confidence in Johnson, said the soaring cost of living and Russian aggression towards Ukraine required Johnson’s “full and undivided attention”, but instead he was “a lame duck prime minister that is soldiering on”.

The government was also accused of being in paralysis by the Labour leader, Keir Starmer. He criticised ministers for being focused on protecting Johnson’s position, while people concerned about the tax rise coming into effect in April and rising bills were “getting no answers from a government mired in sleaze and scandal”.

Following news that only a redacted version of Gray’s report was expected, Ian Blackford, the SNP’s leader in Westminster, said: “No one will accept a Westminster cover-up. If the UK government refuses to publish the full unredacted report it will prove, yet again, that Westminster is utterly corrupt and broken beyond repair. It won’t save Boris Johnson’s skin. It will only add to the calls for him to go.”

The Liberal Democrat leader, Ed Davey, said: “Anything short of the full report would be a Whitehall whitewash not worth the paper it is written on.”

James Johnson, a pollster with JL Partners who worked in Downing Street under Theresa May, said: “I don’t think the brand damage from the parties fades. Voter perceptions of Johnson have changed for good, barring some major event.

“This is very much a Johnson issue, not a wider Conservative party issue. If, sooner rather than later, MPs look to a new leader, then I think you get an almost entire restart moment, and actually I think that you could even see the Conservative government as much as 10 points ahead almost overnight.”