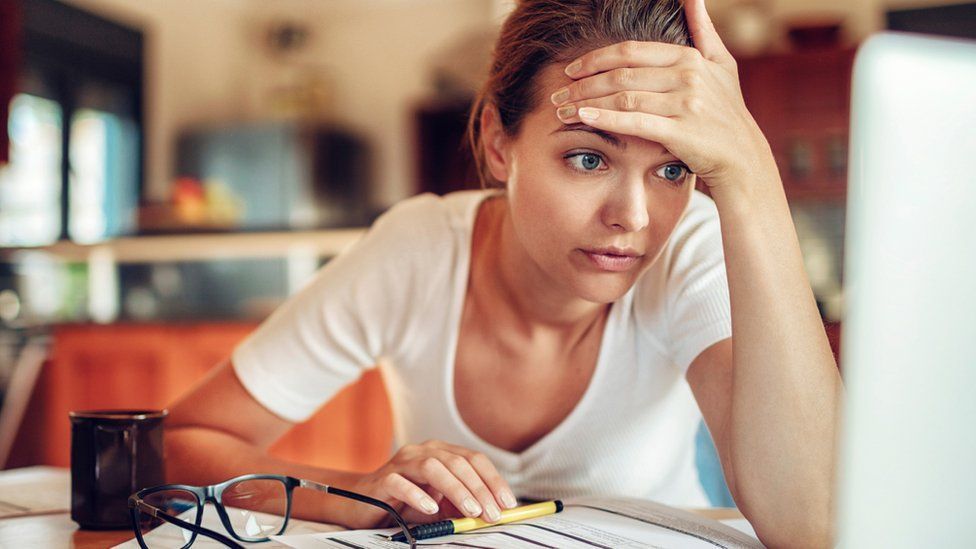 Students to pay off loans into their 60s, plans say

Students who start university next year could be paying off their loans for 40 years after graduating, under new government plans for England.

Under the current system, loans are written off after 30 years.

The government says extending the repayment period, as part of a student finance shake-up, will reduce the bill for taxpayers.

But Labour says it will "hit those on low incomes hardest", with lower-earning graduates affected more.

The plans - part of a response to the 2019 Augar review of post-18 education - apply to students in England starting courses from September 2023.

The government has also said:

*  The maximum a university can charge for a course per year will be frozen at £9,250 for a further two years

The government is proposing these changes because more students than ever are going to university, and only 25% of those who started full-time undergraduate degrees in 2020 are expected to pay back their loans in full.

The average debt among those who finished studying in 2020 was £45,000, government figures suggest.

By requiring graduates to start paying back at £25,000, and to continue paying for an extra 10 years, the government hopes more will repay their loans in full.

The proposal to slash interest rates follows a 2019 Conservative manifesto pledge to reduce "the burden of debt on students". 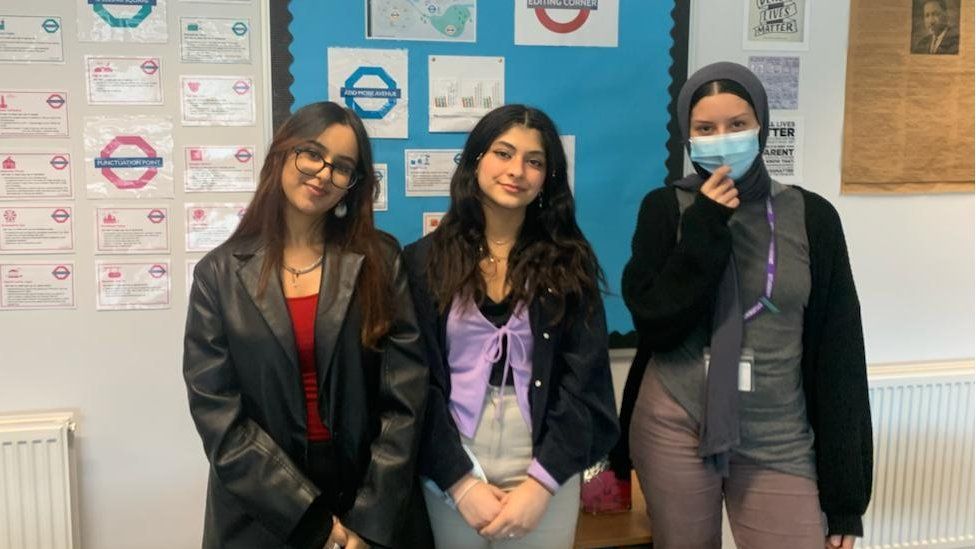 Haya, Sonal and Maryam will leave school later this year.

In Hounslow, west London, a group of Year 13 students are weighing up who's got the best deal - pupils like Sonal and Maryam, who are hoping to go to university this year, or those who, like Haya, are taking gap years and starting university in September 2023.

"It's quite unfair because she's going to uni one year later and this policy has come in quickly and out of the blue," says Sonal.

"The debt's going to be a long time," adds Haya.

But for Maryam, there are "no winners from the situation".

"If [people in Haya's year] have to pay for an extra 10 years, but we have to pay every year with extra interest, it raises the question: 'who actually pays the most?'" she asks.

Maryam thinks some good can come of the government's focus on ending growth of what it has called poor quality degrees.

However, all three are worried about the idea of minimum grades being needed in order to receive student loans - and Sonal is particularly concerned about people who speak English as a second language.

"If they come into the country and they take their GCSEs when their English is still not that good... they're at a disadvantage," she says.

Under the current system, students' interest is RPI plus up to 3% while they are at university, and varies depending on income from the April after they graduate.

The government says its plans would mean a student enrolling on a three-year course at the end of next year could see their debt reduced by up to £11,500 - if and when they earn £25,000.

At an event on Thursday, hosted by the Centre for Policy Studies, he said: "The cost of higher education is rising, so we want to ensure that the student loans system is on a sustainable footing, so that it provides that value for money for the student but also for the taxpayer."

Start paying earlier, pay longer, pay more: that's what these plans will mean for many.

Hardest hit will be middle earners paying longer - while the most highly-paid graduates are the biggest winners.

These high earners already pay off their loans in full, but currently pay interest of up to 3% plus the RPI after university. That will fall to just RPI, for all students and graduates.

The highest lifetime earners will pay back 26% less under the new system.

So while this will reduce the bill to taxpayers from unpaid loans, it carries political risk for a government promising to level up.

In turn, that creates a potential space for Labour to reframe its policies around tuition fees and maintenance grants, to appeal to future students.

Asked at the same event about the impact on middle earners, Universities Minister Michelle Donelan told the BBC: "It will mean that any student graduating in the future won't pay any more in real terms than we've borrowed. Because that's fair."

Ms Donelan urged students to contribute to a consultation announced on Wednesday on plans, for England, to:

*  require students to achieve English and maths GCSEs, or two A-levels at grade E, in order to qualify for a student loan


*  limit the number of university places available in England

She said any minimum eligibility requirements would aim to stop students being pushed "towards university before they're ready for it", adding that the government was capping the cost of foundation years to assist students.

Ms Donelan denied there would be any "cap" on student numbers, but said there were "pockets of some poor quality in our universities" and that the government was considering "targeted student number controls for individual courses just to stop them from growing at the expense of high quality courses".

Labour's shadow education secretary Bridget Phillipson called the changes to student finance a "stealth tax for new graduates starting out on their working lives, which will hit those on low incomes hardest".

"Instead of fixing the broken system, these changes simply store up problems for the future," she said.

Ms Phillipson added: "Instead of focusing on supporting more students to succeed at school or widening access to university, the government is slamming the door on opportunity."

Sir Philip Augar, who chaired the 2019 review, said the plans were "consistent with the spirit of the report" and form "the basis of a properly connected further and higher education sector".

"That connection is long overdue," he added.

But Association of School and College Leaders general secretary Geoff Barton pointed out the government's plans "stop some way short" of the recommendations in the Augar review, which included reducing tuition fees to £7,500 per year and reintroducing maintenance grants.

"This latter omission is particularly disappointing in terms of improving social mobility and access to university," Mr Barton said.

He welcomed the steps to reduce interest rates - but added the plans would come "with a sting" because of the lengthier payment window.

The government is also consulting on plans for a Lifelong Loan Entitlement, which would make loans worth the equivalent of four years of post-18 education (£37,000 in today's fees) available to students at any stage in their lives.

Ms Donelan also confirmed the government would not be introducing post-qualification admissions - an idea that had been under consultation and which would have meant university offers were made after students had received their A-level or equivalent grades.