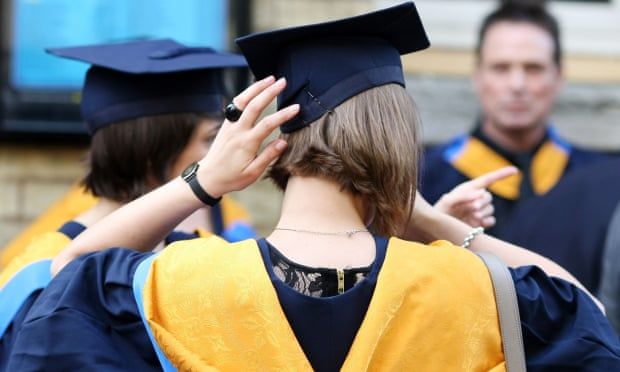 The IFS had previously calculated that lower- and middle-earning graduates would end up paying an additional £15,000-£19,000 towards their loan over their lifetime as a result of the changes, while the highest earners stood to benefit.

A “crucial tweak” in supporting documents from the Department for Education prompted the IFS to revise its forecasts, as it spotted that the threshold for loan repayments would in future be tied to inflation rather than average earnings, increasing graduate repayments by lower earners significantly.

The tweak will also apply to borrowers in the current system who began university between 2012 and 2022, according to the IFS, which described it as “a massive retrospective change in repayment conditions” that would hit lower- and middle-earning graduates hardest.

Under the changes unveiled last week, for students starting university next year the repayment term for loans will be extended from 30 to 40 years after graduation. In addition, the income threshold at which loan repayments begin will be lowered from more than £27,000 to £25,000.

The repayment threshold will be frozen at £25,000 until 2026-27 and then indexed to the inflation rate rather than average earnings, according to the IFS.

Based on Office for Budget Responsibility forecasts, and because of changes to the way RPI is calculated, it means that from 2030 the repayment threshold will rise by about 1.7 percentage points less each year than it would otherwise have done.

The IFS said the taxpayer would gain significantly. According to its latest calculations, net savings will be £2.3bn per cohort, more than double its original estimate of £1bn.

Ben Waltmann, a senior research economist at the IFS, said: “Borrowers under the new student loan system who go on to have lower middling earnings can expect to pay roughly £9,000 more towards their student loans over their lifetimes than we thought last week. That’s an increase in the estimated impact of the announced changes by around half.”

Save the Student – a student money website –said the analysis added yet more weight to the argument that the government’s plans were “at best poorly thought through, and at worst intentionally designed to benefit the highest earners and punish lower earners”.

A Department for Education spokesperson said:“Our changes to the student finance system announced last week will rebalance the burden of student loans more fairly between the student and the taxpayer. The reduction in interest rates will ensure that future graduates on the new loan plan type will, under these terms, not have to repay more than they have borrowed in real terms.

On Wednesday, thousands of students across England took part in a “student strike”, with many joining a rally in central London in support of university staff who have been striking over pay, pensions and working conditions, and to campaign for free education.

Larissa Kennedy, the president of the National Union of Students, said: “The updates today from the IFS show just how stark these changes are, and just how these repayment terms will continue to impact graduates for the next 40 years of their lives. This is nothing more than an attack on opportunity.”
Add Comment