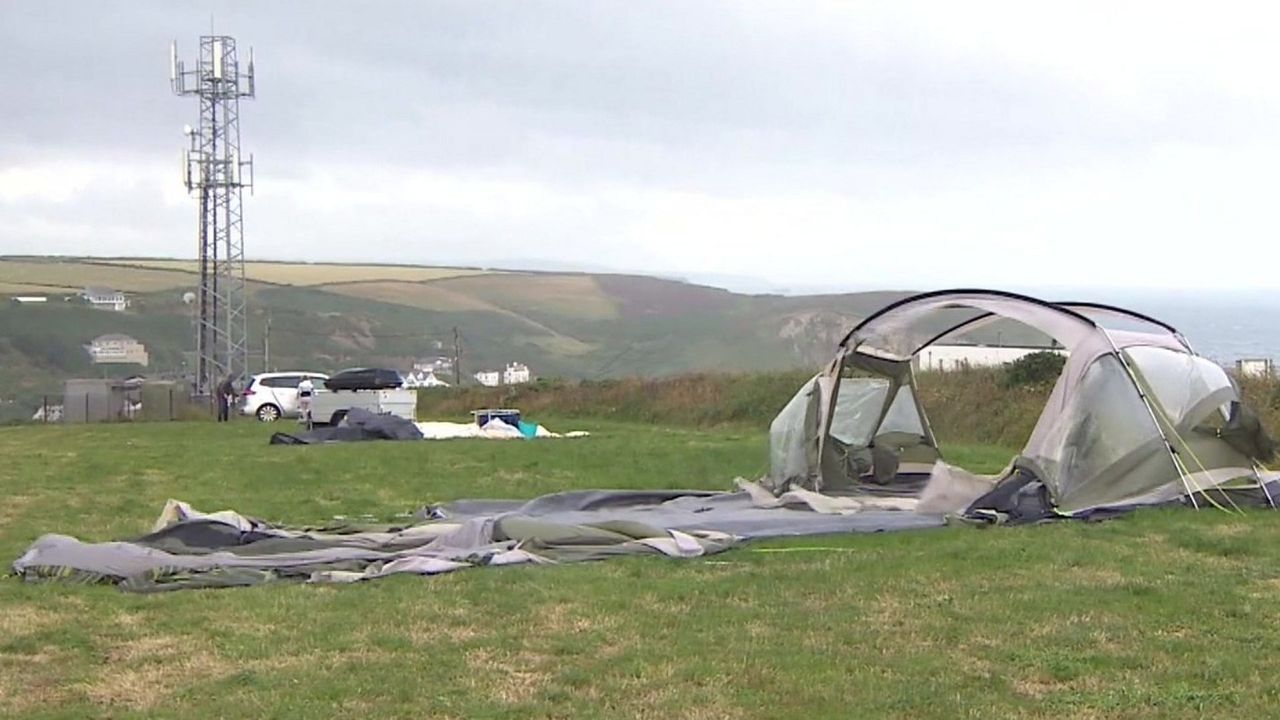 Meanwhile campers in Perranporth, Cornwall, had to spend Thursday night in their cars because of gale force winds.

There was a Met Office yellow wind warning for the region, including gusts of up to 75mph (121km/h).