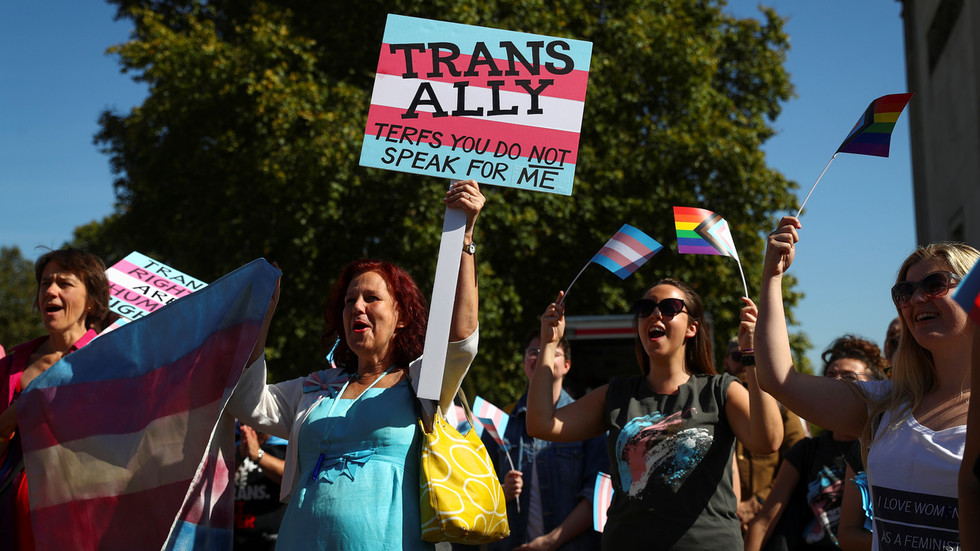 LBGT charity Stonewall has advised government departments and companies to swap the word “mother” for the gender-neutral “parent who has given birth,” or risk slipping down its exclusive “equality index.”

As LGBT groups go, Stonewall is held in high regard. Multiple corporations, universities and government departments, including the Ministry of Justice, MI6, and the Greater London Authority, pay more than £2,500 ($3,542) per year to become “diversity champions” – a badge that earns them advice from Stonewall on all things LGBT, and a chance to appear on the charity’s “Workplace Equality Index.”

The cost of appearing on that prestigious index is more than just a financial one. Stonewall attempts to dictate how these companies and departments talk about sexuality and even gender. According to a Telegraph report on Thursday, Stonewall recently messaged organisations on its list, asking them to drop the word “mother” from their literature, in favor of the sanitized and gender-neutral “parent who has given birth.”

After poring over documents obtained through Freedom of Information Act requests from other organisations, the Telegraph found that dropping gendered language is just one of a litany of demands Stonewall makes of companies hoping for a spot on the list. These include “ditching all gendered language [and] outlawing single sex toilets and changing rooms,” running rainbow-colored shoelace campaigns, avoiding terms like “husband or wife,” and providing “multiple passcards with different forms of gender expression” for those who identify as a different gender on certain days.

Additionally, board members and senior management are asked to attend pride parades, and to make speeches and social media posts containing “specific messages of bi, nonbinary and trans equality.”

Organisations applying for a place on the list were eager to tout their compliance with Stonewall’s demands. In its application for last year’s list, the Welsh government wrote that its maternity policy was rewritten to “incorporate gender neutral language, removing binary gender references wherever possible.”

“Breastfeeding” was dropped for “nursing,” though “specific references to chestfeeding” were left intact for the sake of trans employees. “All pronouns were updated in line with all of our HR policies (they/their instead of gendered he/she/his/her etc),” the application continued.

After London’s Metropolitan Police didn’t make Stonewall’s shortlist in 2020, an internal review suggested inviting the charity to review all of its human resources policies to bring them up to a higher standard of wokeness.

Not every organisation is as keen to toe Stonewall’s line on gender issues. The Equality and Human Rights Commission pulled out of Stonewall’s paid programme earlier this year, stating that membership “did not constitute best value for money.” Equalities Minister Liz Truss has also advised all 250 government departments who pay to take part in the scheme to withdraw, and feminist activists have accused Stonewall of “Orwellian” silencing of viewpoints critical of trans ideology.

The feminist backlash against the trans movement – which posits that a biological male identifying as a woman is every bit as female as a born woman -– has grown louder in recent years, with ‘Harry Potter’ author JK Rowling one of its most recognizable faces. Rowling’s opposition to the excesses of trans ideology has earned her death and rape threats from its most zealous adherents.

Named after the 1969 Stonewall riots in New York, Stonewall is the largest LGBT charity in Europe. Despite the growing controversy around its stances on transgender issues, it remains partly funded by the British taxpayer, both through government departments paying membership fees, and through direct cash grants.