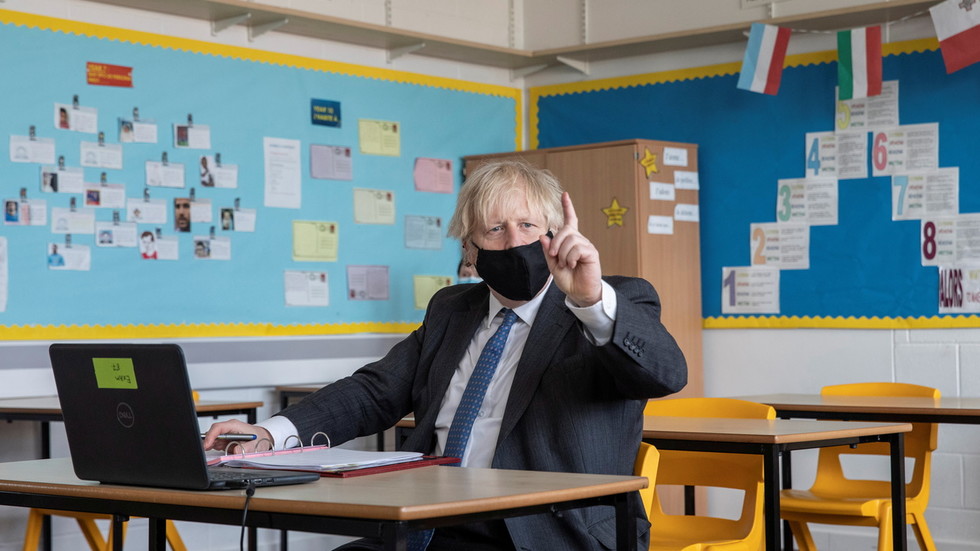 Boris Johnson is facing swift backlash after he claimed – to a group of school children – that journalists always find themselves “abusing people” and the job made him feel so guilty he left for a more honest career in politics.

During a school visit in London on Tuesday, Johnson – a former Telegraph columnist and editor of the Spectator – told the gathered children that although journalism is a great job, you “always find yourself abusing people” and “attacking people.”

“Not that you want to abuse them or attack them,” he explained as journalists’ cameras clicked. “You’re being critical when maybe you feel sometimes a bit guilty about that... because you haven’t put yourself in the place of the person you’re criticising.”

Though many Brits would likely agree with Johnson’s grim assessment of the media, journalists themselves quickly took to social media to condemn the prime minister’s comments.

“Speak for yourself, Prime Minister. I don’t abuse people & I therefore don’t feel any guilt about reporting the truth,” journalist Sam McBride tweeted, while Sky News reporter Greg Heffer shared a clip of Johnson telling a cameraman to “p*ss off” in 1992.

Other social media users compared Johnson to former President Donald Trump, who regularly scolded the media, and pointed out that the PM was allegedly involved in a plot to have a journalist beaten up over 30 years ago (an incident which Johnson himself has described as a joke).

Others brought up Johnson’s most controversial and politically incorrect past comments to question whether he really cared about people being abused.

Johnson’s claim was backed up by at least one other former journalist, however, who said that although most of his colleagues “were good, kind people,” journalists “do have to do difficult things, and from time to time there were occasions when I felt guilty or bad at what I was required to do.”

The prime minister’s press secretary, Allegra Stratton, told reporters after the controversy, “Your job is to constantly challenge. And that’s something that makes all of us in government better.”

“I think that’s all he was doing is describing the role of journalism is to constantly, constantly be asking the details and the finer points,” she said.