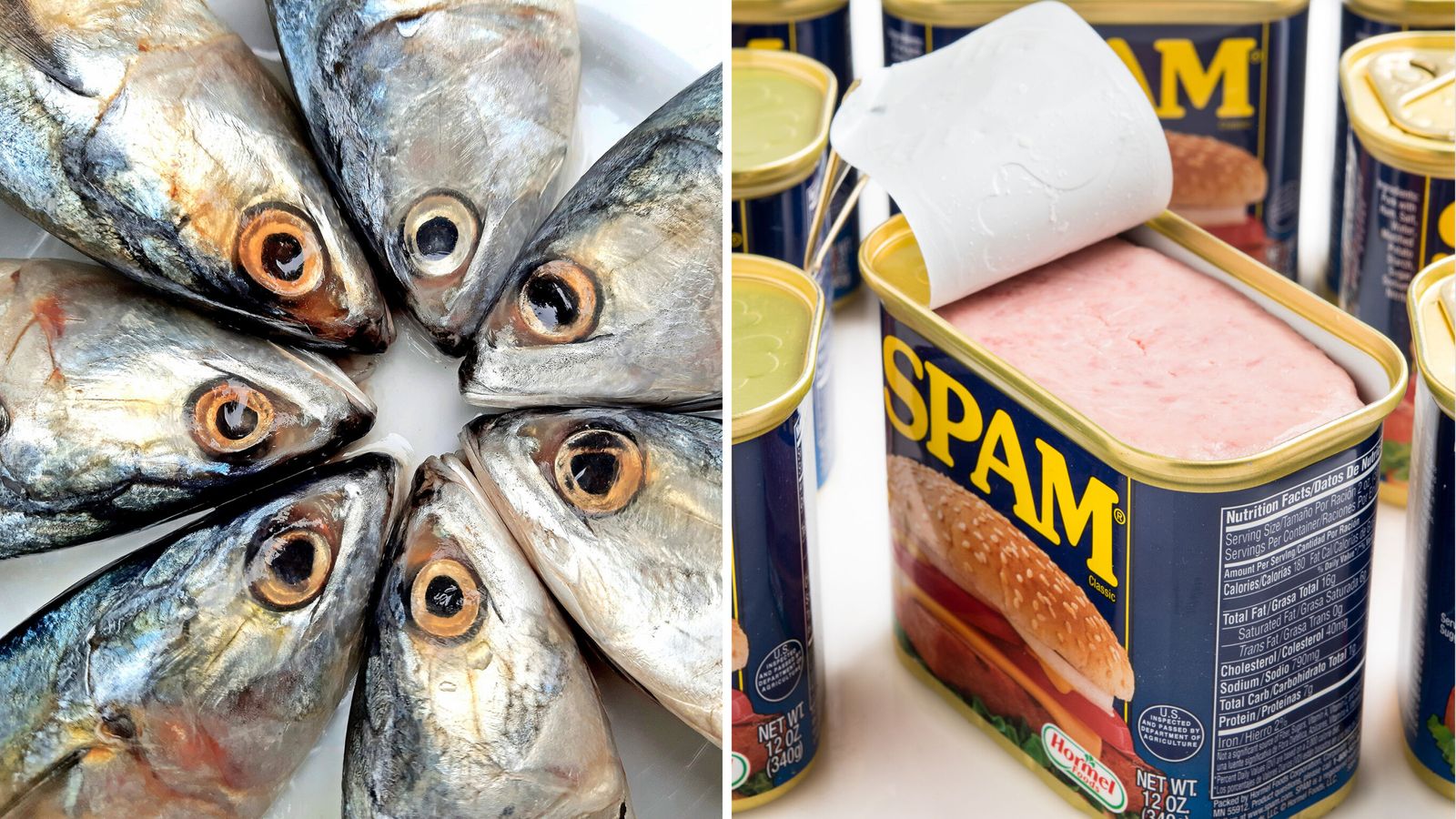 People are increasingly looking for ways to save cash as food price inflation hits a 42-year high - with Waitrose saying more shoppers are bargain hunting and using cheaper cuts of meat and fish.

Sales of Spam and fish heads have risen a third as people seek out cheaper meals amid the cost of living crisis.

The famously unfashionable canned meat, made of ground-up pork shoulder and ham, is up 36%, according to Waitrose's annual food and drink report.

It's been around since 1937 but the supermarket calls it the "comeback king of 2022" and says more shoppers are searching for recipes involving the brick-shaped product.

The versatile meat can be used to make delicacies including fritters, sushi, kebabs and a classic Spamburger.

And while fish heads may not be to everyone's taste, sales are up 34% this year as people increasingly use them in curries, soups, stews and stocks.

Waitrose says it's partly down to an emerging "use it all" trend that seeks to minimise waste, and also due to more people using slow cookers to make meals from cheaper cuts of meat and fish.

Pilchards are another previously unfashionable fish food that appears to be getting more popular, with sales more than doubling in January.

It comes as annual food price inflation in the UK hit 14.5% - the highest since April 1980, according to figures this week, while overall inflation is 10.1%.

Shoppers are naturally seeking out ways to save and 72% told Waitrose they are more mindful of what they're spending, with more than a third "shopping for bargains", and 27% planning meals in advance.

Four in 10 people also told the supermarket they are using their freezer more in an effort to save money and avoid waste.

The foods that are having most impact on food inflation are bread and cereals, meat, milk, cheese and eggs, according to the Office for National Statistics.