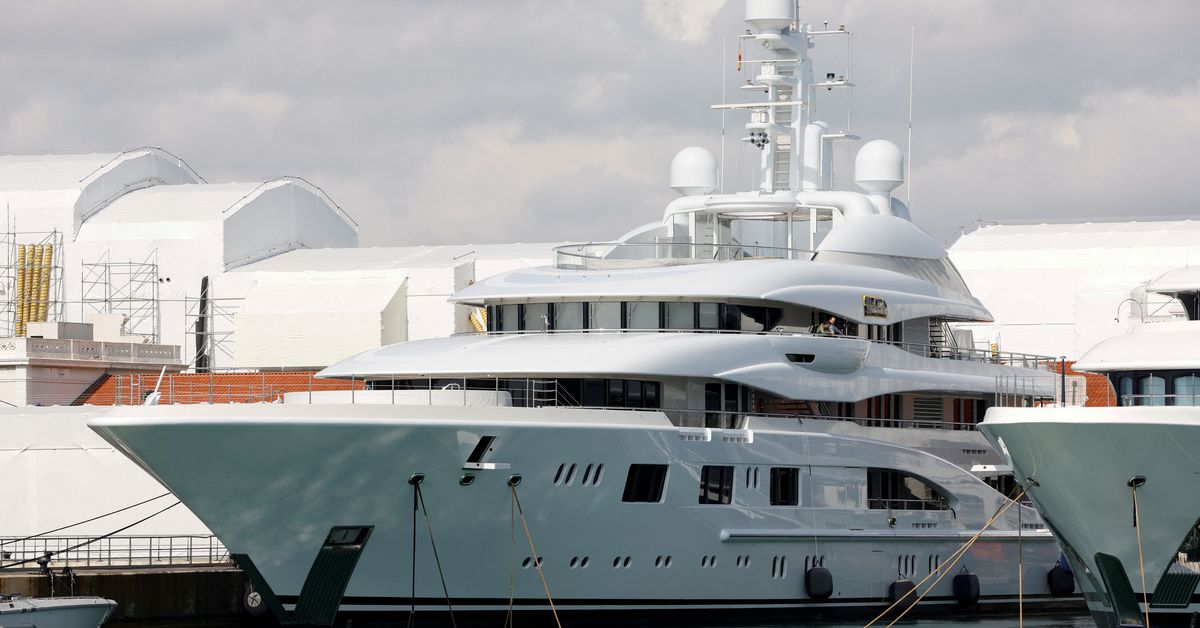 Spain has temporarily seized a Russian oligarch's $140 million yacht in Barcelona, the country said on Monday, as two sources said the vessel belonged to the head of Russian state conglomerate Rostec, an ally of Russian President Vladimir Putin.
"Today we seized - the technical term is provisionally immobilised - a yacht belonging to one of the principal oligarchs," Spanish Prime Minister Pedro Sanchez said on La Sexta television. "We are talking about a yacht that we estimate is worth $140 million."

"There will be more," he added, without elaborating. Monitoring site Marine Traffic has said that yachts linked to two other oligarchs who are not yet sanctioned are also docked in Barcelona.

Sailing under the flag of Saint Vincent and the Grenadines, the vessel is registered to Chemezov's stepdaughter, Anastasia Ignatova, through a British Virgin Islands company, according to a 2021 article published in the Pandora Papers information leak.

The West has sanctioned Russian billionaires, frozen state assets and cut off much of the Russian corporate sector from the global economy since Russia's invasion of Ukraine on Feb. 24.

He was not named in the latest European list of sanctioned Russian figures but the EU imposed measures against him in 2014. A fourth package of EU sanctions against Russia is due to be unveiled in the coming days.

The yacht has been in Barcelona since Feb 9, according to Marine Traffic, and was until Monday under repair at Barcelona's shipyard MB92.

The yacht will remain under detention while Spanish authorities confirm its ownership and whether they feature on any list of sanctions targets, a government source said.

Chemezov told staff in a message shared with Reuters this week that Russia, which describes its actions in Ukraine as a "special military operation" to safeguard domestic security, would emerge "victorious" despite the sanctions.
Add Comment