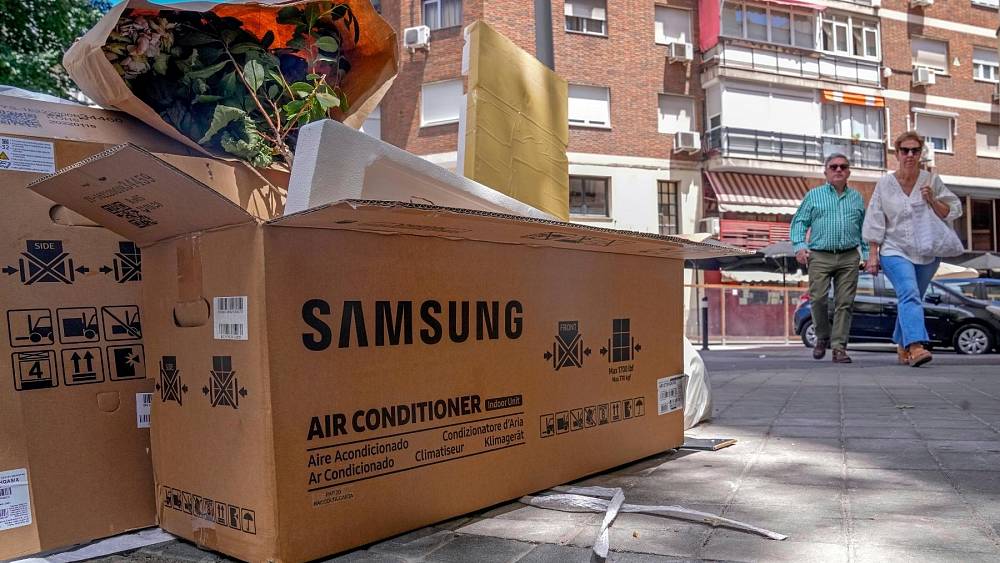 The Spanish government is lowering the temperature - literally - on a heated debate about limiting the use of air conditioners.

Last week the government announced plans to prevent offices, shops and other venues from setting air conditioning below 27°C in the summer, as part of a drive to cut the country's energy consumption and limit dependency on Russian gas.

The new rules would also stop heaters being raised above 19°C in winter.

Although the government is standing firm on the plan as a whole, in the face of a wave of criticism, it is relenting a little.

A new list of establishments which will be exempt from the new rules has been published, and includes hospitals; universities, schools and kindergartens; and hairdressing salons.

Bars, restaurants, and certain shops will also be able to use air conditioning "at around 25 degrees" and not the 27 degrees originally announced.

The amended rules are supposed to cater to work places where staff have "physical exercise conditions", as opposed to sedentary workplaces like an office or a shop where employees don't do much physical activity. Those places will still have to stick to the original 27°C air conditioning limits.

There was a particularly strong reaction to the new plans from Spain's hospitality sector.

"What they had dictated is nonsense," said César García, owner of one of the Vips Group restaurants in the city of Segovia.

"The hotel and catering industry has already suffered the consequences of the restrictions during the pandemic and now they want to impose more. We are not going to comply until we are sanctioned," he added.

Although García argued that allowing a temperature of 25 degrees is more realistic, he says it is still not low enough.

"People walk down the street at 40 degrees, so when they come in they want it to be cool. If I set the air conditioning at 25 degrees, between the machinery in the dining room, the kitchen and the doors to the street that are constantly opening, the place would be 28 degrees," he says. 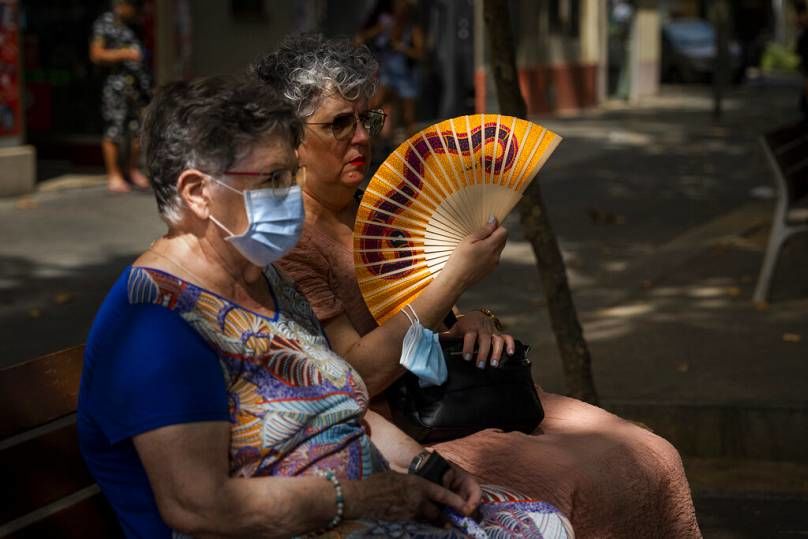 A woman fans herself sitting on a bench on a street in Barcelona, Spain, Wednesday, July 20, 2022.

At the Casa Paco tapas bar in Madrid, worker Francisco Martínez also wants to be allowed to lower the air conditioner temperature further.

"With the heat right now, it's difficult to stay at 25 degrees inside the premises, and even more so in our bar where the sun shines all day," he said.

Even so, Martínez welcomes the fact that the temperature limit is not 27 degrees and does not fear that fewer people will come to eat and drink.

Restaurants and bars are still in the dark about exactly how the Spanish government will police the new rules, and ensure compliance.

Hairdressers are also breathing a sigh of relief at not having to comply with the government-imposed temperature cap.

Mari Paz Osorno has been running a hairdressing salon in Palencia for several years. Every summer, when she opens the business each morning, she sets the air temperature between 24 and 25 degrees.

"Bearing in mind that we use three hairdryers as well as a solarium that releases hot air, it was unfeasible to have the air conditioning at 27 degrees. The clients would sweat a lot and the hairstyle would not hold. So we could not provide a proper service", said Osorno.

As a business that is now allowed to lower the air conditioner temperature by a couple of extra degrees, the hairdresses says nothing much will change for her, and she'll continue to set the inside temperature at the same level it was before the new energy saving plans were unveiled.

"Twenty-five degrees is a good temperature. It's not too hot or too cold, so you can maintain an optimal temperature," she said.

What worries the hairdresser most is the heating limit she will have to comply with in winter. "The client can't stay at 19 degrees with a wet head for two hours, which is how long it takes to dye a hair colour. It has to be at least 22 degrees, otherwise it's impossible. It gets cold," she states.

"I wouldn't go back to a salon that would make me stay at 19 degrees!"