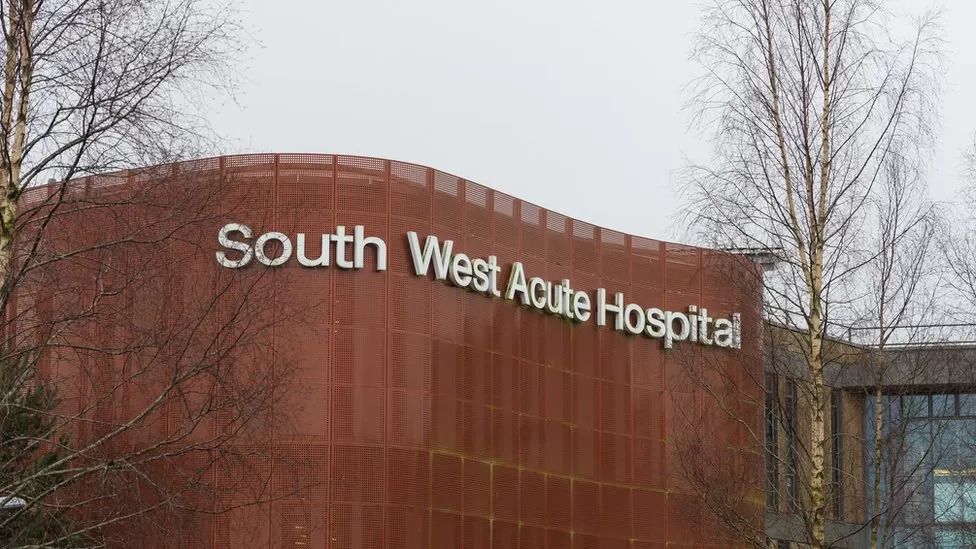 The director of Northern Ireland's Royal College of Surgeons said it was necessary to "dial down" the fear on surgical changes at the South West Acute Hospital (SWAH).

The Western Health Trust has announced a temporary halt to emergency general surgery at the facility.

Professor Mark Taylor told the BBC most patients would not be impacted.

Speaking to Sunday Politics he said "we have to look at the facts" in relation to the withdrawal of services.

The Western Trust said it was necessary to protect the public's safety after it had problems recruiting surgical staff.

Despite saying the move was temporary, the trust did not say when it expected emergency general surgery would resume.

The emergency department and other services including obstetrics will continue to operate as normal.

In a further move it has been confirmed the hospital is to become Northern Ireland's third elective surgical hub. 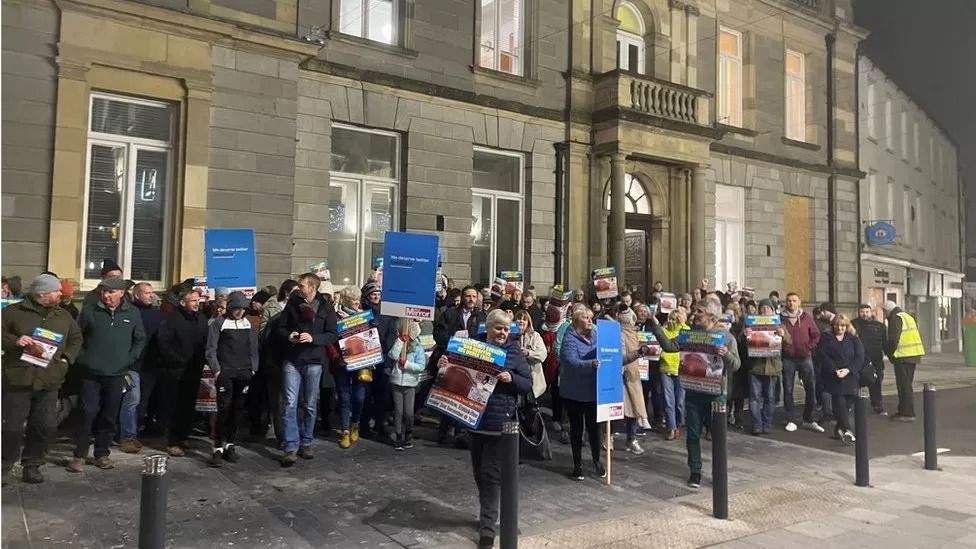 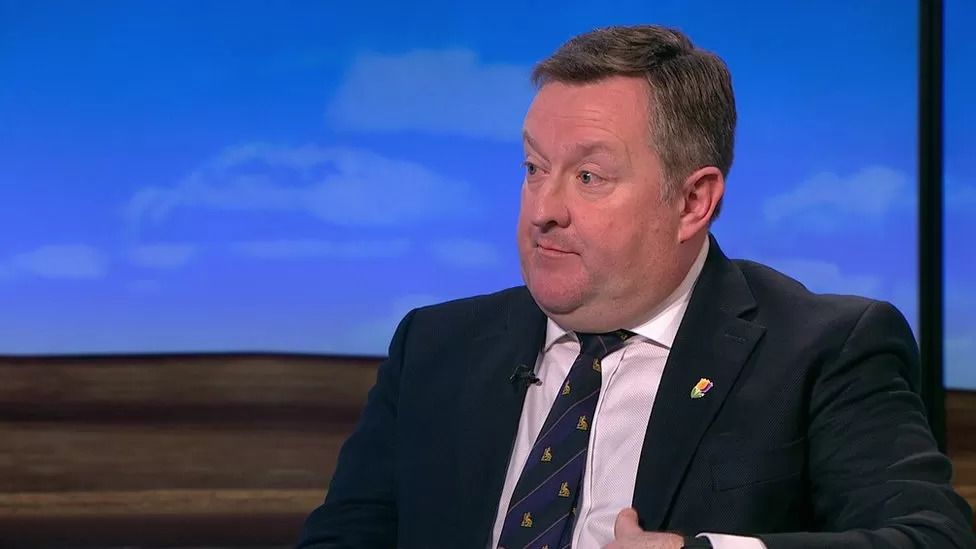 Professor Taylor says the people of Fermanagh "have every right to be anxious"
Sinn Fein's Colm Gildernew called it an "unplanned collapse", while UUP councillor Diane Armstrong said it was "a dark day that affects everybody, man, woman and child".

Prof Taylor said he agreed it was an unplanned collapse and that consultant surgeons did not want to work in SWAH delivering emergency general surgery "for several factors".

"There is no such thing as the general surgeon any more. General surgery has become very sub-specialised. We know from all the evidence that centres of high volume with all the facets surrounding the delivery of emergency surgery, you get better outcomes," he added.

He said the people of Fermanagh had "every right to be anxious", however he assured viewers this is not a closure of the emergency department, nor a removal of acute hospital status.

"This is the four to five people per day who currently come to SWAH with an acute general surgical problem, only one of those may require an operation. They will not get the operation currently in the SWAH because of the manpower crisis and they will have to transfer," he explained.

"In general surgical true emergencies - appendicitis, a bowel obstruction - the time is not imminent, it's not seconds or minutes.

"Quite often throughout Northern Ireland it is several hours before you get to theatre without any harm or consequence," he said.

"I think we've got to dial down the noise to suggest fear to the people of Fermanagh." 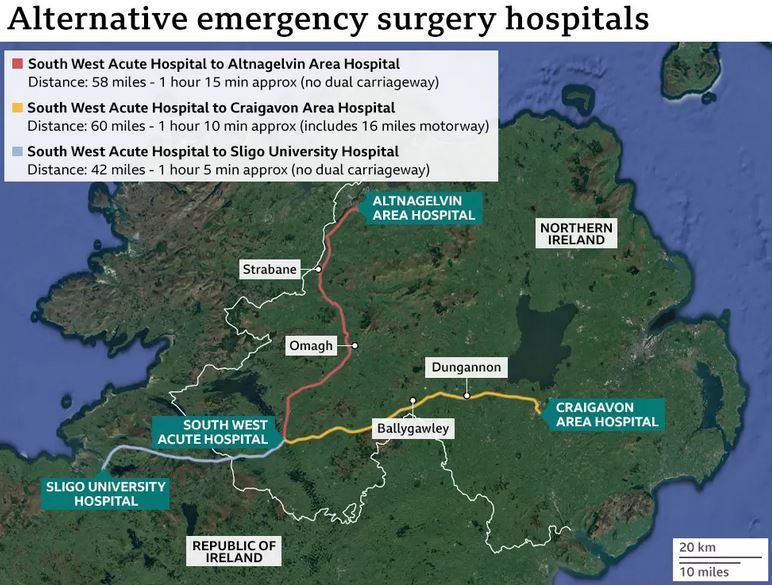 Also appearing on the programme, DUP's Deborah Erskine said she thought the creation of an elective surgical hub would secure the future of the hospital. But she said she was concerned by how the removal of general surgery had been messaged to the public.

"The Western Trust hasn't levelled with the public locally to say what is going on," she added.

"People are angry, frustrated, they're worried, they're concerned. As a public representative I do share concerns... what I want to see is the best outcomes for patients and staff."

Colm Gildernew said he supported properly planned transformation of services at SWAH but it has to be "on the basis of co-production with people in health, communities, workers, all of those". 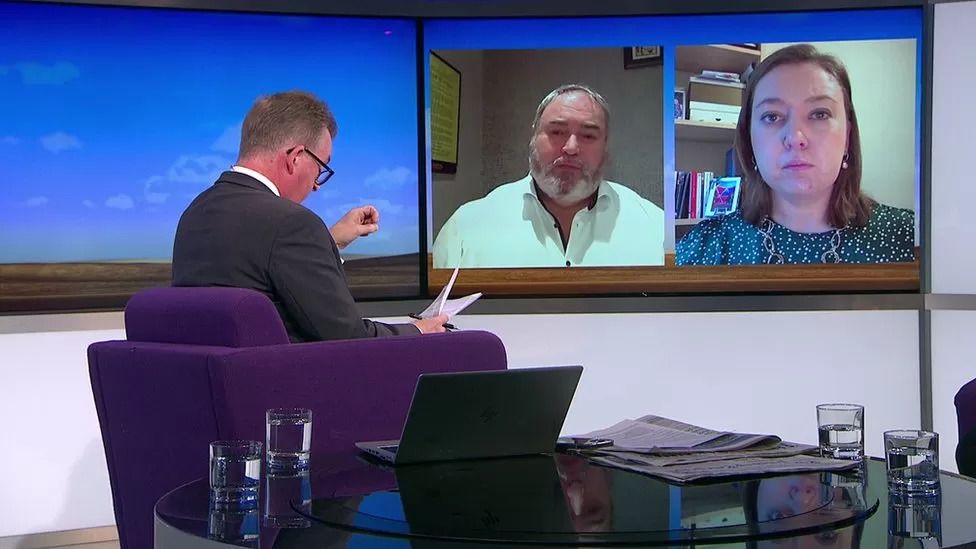 Colm Gildernew and Deborah Erskine both served as MLAs for Fermanagh and South Tyrone.

Ms Erskine also told the programme that she was "very concerned" about the potential loss of GP services elsewhere in Country Fermanagh.

Maple Healthcare in Lisnaskea said it was handing back its contract to the Department of Health.

Confirming the news on Saturday, the department reassured patients that services would continue at the practice for the next six months.

"The thing I'm most concerned about is that I had staff who got in touch with me yesterday who did not know this news until it broke on the media."

She said she wanted to establish the facts about what is happening, adding pressure on GP services was not a "new issue".

Mr Gildernew said there was an urgent need to find a solution.

"We have six months and what we need is a health minister and an executive," he added.