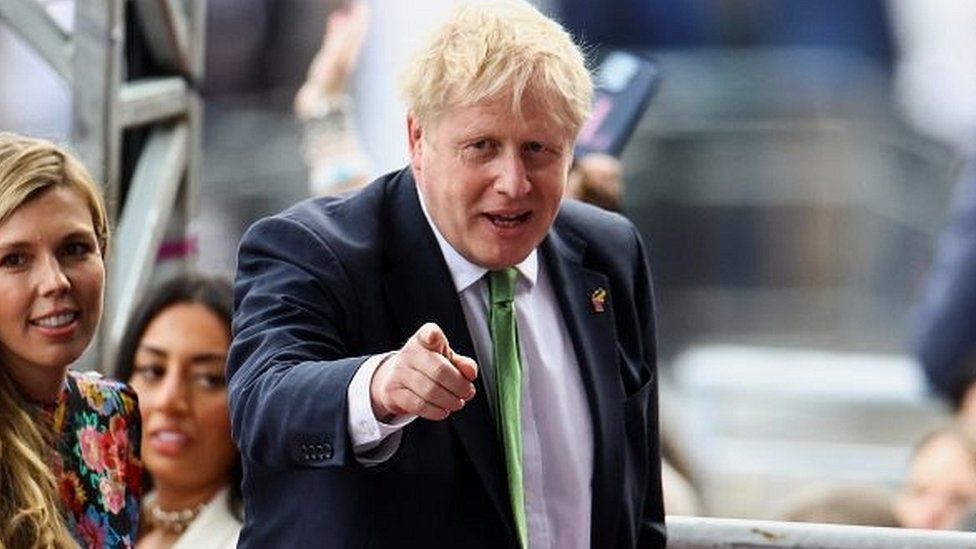 Something's changed in the last fortnight for angry Tory MPs

For six months, Tory MPs have flirted with calling a confidence vote in Boris Johnson's leadership.

Several times, rebel MPs have warned the moment of truth could be near - only for many to pull back at the last minute.

But in the past two weeks, something changed.

Over the past few days, the BBC spoke to several angry Conservatives.

The full Sue Gray report had pushed some over the edge, for others it was seeing the reaction of voters back in their constituencies.

Among the angriest MPs were those who had been on the doorsteps in Tiverton and Honiton - where the Liberal Democrats think they could well overturn a 24,000 majority to take the seat from the Conservatives in what should be a safe Tory area.

Senior Tories told me Boris Johnson was proving a liability on the doorstep - and that lifelong Conservative voters were saying they could no longer back the party under his leadership.

While millions partied over the bank holiday, Tory MPs were plotting.

Some of those who have written to the chairman of the committee which runs the ballot, Sir Graham Brady, calling for a confidence vote forward-dated their letter - to make sure the vote didn't happen until after the Platinum Jubilee celebrations were finished.

Over the weekend rebels spoke with increasing confidence about reaching the 54 target.

This vote will be a secret ballot. Nobody knows afterwards how backbenchers or ministers voted.

And some rebels think the secrecy of the voting booth will act in their favour; allowing some to do in private what they couldn't in public.

Senior critics of the prime minister have told the BBC all the Tory MPs who have concerns about the PM now have to decide.

In the conversations I had this weekend, there was much speculation about who was leading the rebellion. Was it organised by a central figure, who would choose the best moment for letters to go?

The answer from several rebels was no, this wasn't organised but instead was an organic process, where MPs from different wings of the party had simply had enough.

In some ways, that should worry Number 10.

Discontent with the PM's leadership extends from his previous Brexit allies like Steve Baker and Mark Harper, to his One Nation critics like Stephen Hammond and now Jeremy Hunt.

But in other ways, that could work in the prime minister's favour; there isn't a coordinated campaign which is ready and waiting with an alternative leader.

Some in government speculated this weekend that the rebels could reach the tipping point "by accident", because they were badly organised.

If Boris Johnson wins, under the current rules, he would be safe from another confidence vote for a year. That is good news for Number 10, because if the Tories lose the two by-elections on 23 June, there could be another crisis for the PM.

There won't, however, be another chance for Tory MPs to act as things stand. One veteran of leadership battles told me at the weekend that the rebels would be foolish to act now.

But they have. After months of "will they, won't they" speculation, a confidence vote is happening tonight. For Tory MPs, it's make your mind up time. 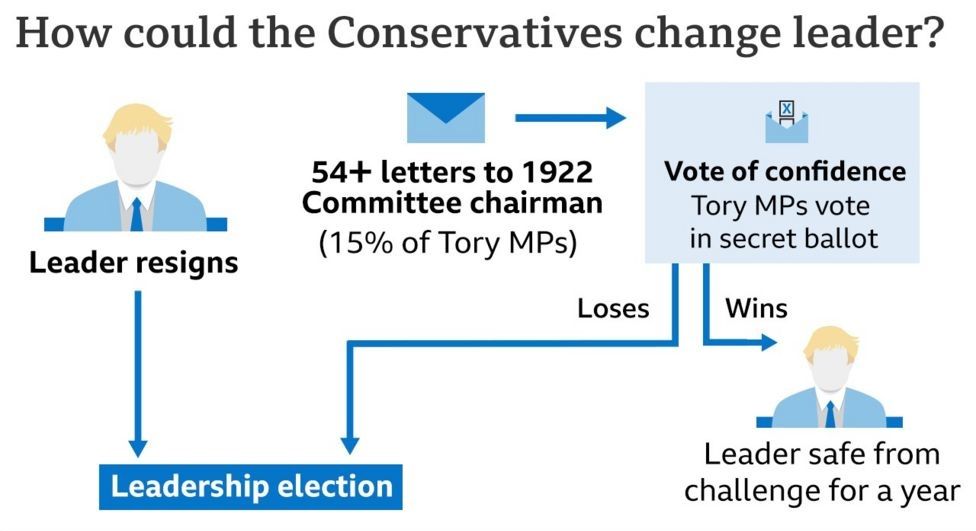