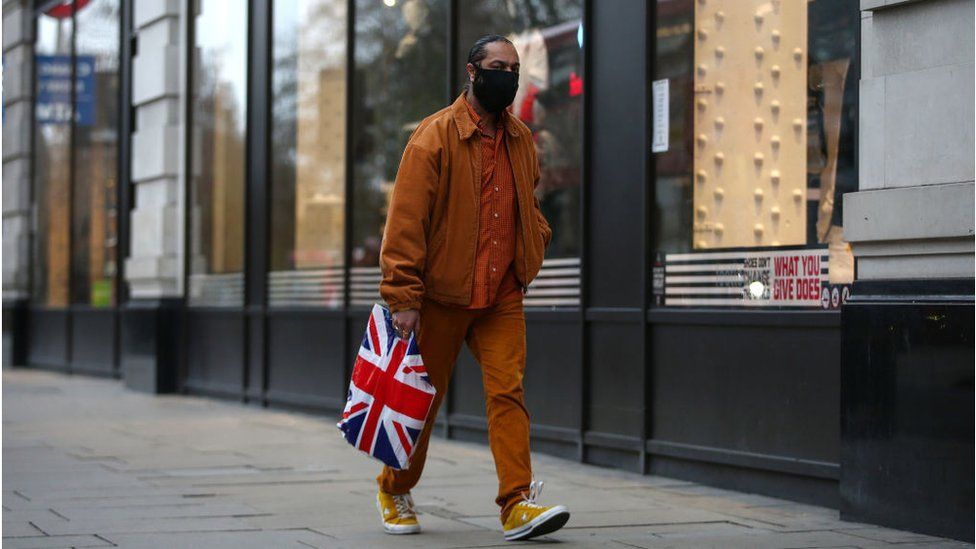 Some supermarkets will not enforce mask wearing

Some supermarkets have said they will not be enforcing new face mask rules brought back in after concerns about the Omicron coronavirus variant.

Supermarket chain Iceland told the BBC its staff would not ask customers to wear masks to stop them facing abuse.

Tesco, the largest UK supermarket chain, will just be putting signs up to remind customers about face mask rules, the BBC understands.

Aldi and Lidl are also understood to have no plans to challenge customers.

Supermarkets have a range of responses to the new rules, which were brought back in on Tuesday, but most are light touch.

Face coverings have become mandatory again in shops and on public transport in England as a precaution against the new Omicron variant of coronavirus.

Industry body The British Retail Consortium (BRC) has said it is up to police to enforce face mask rules, not retailers.

Sainsbury's said it will have "greeters and security guards at the front of our supermarkets" to remind people to wear masks.

Morrisons is expected to have staff checking face mask wearing at the front of the shops, and hand out masks to customers that have forgotten them.

Asda has also said it will hand out masks to customers who have forgotten to bring them.

Iceland boss Richard Walker told the BBC's Radio Four Today programme that it supported the reintroduction of face masks, but said it would be unfair to ask staff to confront people not wearing masks.

"They are already working under significant pressure, especially as we hit the busiest trading month of the year."

"I won't be putting my staff at any risk of confrontation or abuse," he said.

Mr Walker said in the first lockdown from March to May last year, incidents of verbal abuse dropped from more than 50 incidents a week to five a week after staff were told not to challenge customers. 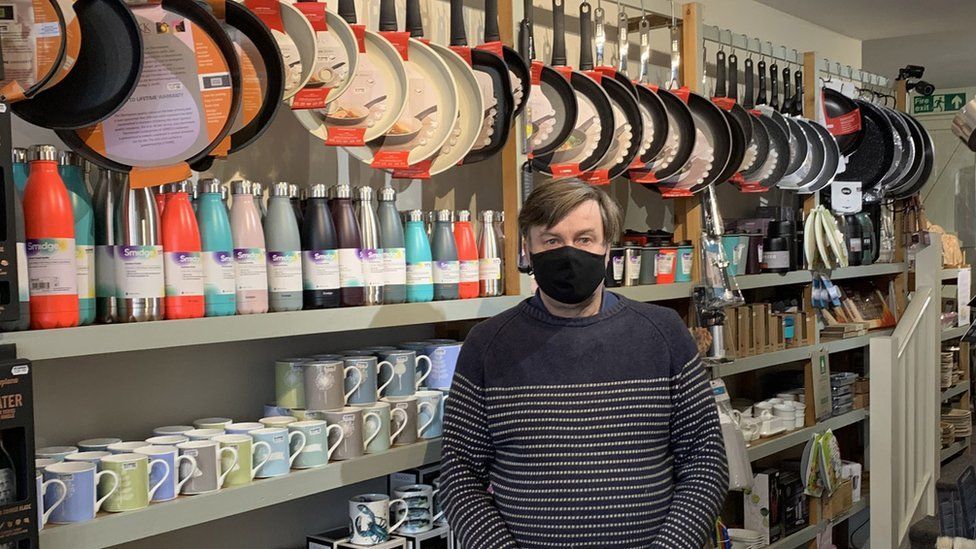 Nigel Bourne, the owner of Sussex-based cookware retailer Rye Cookshop, tells the BBC face covering rules should "never have gone out in the first place".

He says he wishes the government would "be stronger on advertising" how people should wear masks, having experienced some customers wearing them wrongly.

The shop owner, based in Rye, East Sussex, says he hasn't had to call the police over people not wearing masks as no-one has been abusive. But he has had to ask people to leave his shop.

"It's hard work all the policing of it. We do it for ourselves and for other people. I do not want to work in a shop where people are not wearing their masks properly.

"If the law says you have got to wear it, wear it."

The BRC said in February this year that one retailer had reported that when reminding customers to shop alone, they were confronted and shouted at by an individual, who returned to the store later that afternoon "brandishing an axe [and] … threatening the store team with it".

A shopworker at another retailer asked a couple to put on face coverings. They left the store, only to return hours later when they began "coughing on staff, insisting they had coronavirus, which made the staff feel distressed."

Another said staff had been "threatened with a syringe… [because a shoplifter] was stealing cheese and said if I didn't get out of the way he would stab me."

Incidents of physical violence increased by two thirds at the time, the BRC time, with flashpoints mainly being around coronavirus rules.