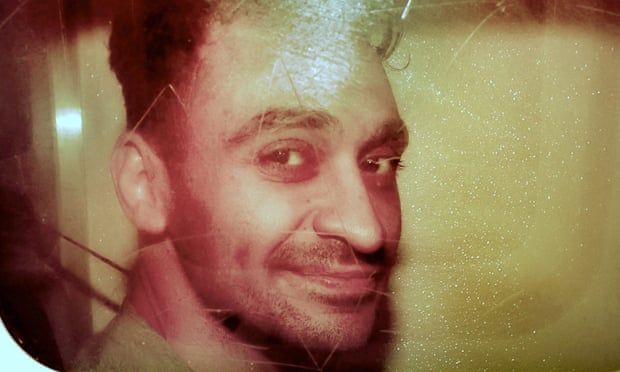 Leoaai Elghareeb, 37, charged with contaminating or interfering with goods at Tesco, Waitrose and Sainsbury’s stores
A solicitor accused of using syringes to inject blood into food at three west London supermarkets has appeared in court.

Leoaai Elghareeb is charged with contaminating or interfering with goods with intent at three stores – a Tesco Express, Little Waitrose and Sainsbury’s Local – on Fulham Palace Road.

The 37-year-old, from Fulham, did not indicate a plea at Westminster magistrates court on Friday afternoon.

The court heard the defendant is alleged to have entered the Waitrose store at 7.30pm on Wednesday with syringes filled with blood. The prosecutor Jennifer Garland said Elghareeb was accused of using the syringes to “inject food items with blood”.

The defendant is also accused of doing the same in the nearby Sainsbury’s store, as well as throwing eggs, before going on to inject more items in Tesco Express and then being arrested.

Elghareeb was a practising solicitor, the court was told, who ran his own legal consultancy business and was a “man of previous good character”. The precise contents of the blood were not known, the court heard.

The chief magistrate, Paul Goldspring, remanded Elghareeb in custody and said he would appear at Isleworth crown court for a plea hearing on 24 September.

The officers were seen packing processed meat packs into health hazard bags that were being sent for chemical testing.

A petrol station manager on the road on Thursday told reporters: “Police came in and told us to close about 8pm [on Wednesday].

“We only opened about half an hour ago at about 11am. I think it’s the same with anywhere that was open yesterday.”

Local authorities and police had investigated whether any other shops had been targeted.

After the incident, Hammersmith and Fulham council issued an “emergency alert” notice on its social media accounts on Wednesday evening. Shoppers had been advised to throw away anything bought from the three shops late on Wednesday.

It said: “Members of the public are advised as a precaution to dispose of any food items bought from these supermarkets [on Wednesday] evening.

The Metropolitan police said in a statement they were called at about 7.40pm to reports of a man shouting abuse at people in the street.

“The supermarkets have closed and crime scenes are in place,” the statement had read.

“The food items affected are believed to be processed meat and microwaveable products. It is currently unknown as to how many items have been contaminated, or what with. Investigations are ongoing to establish if other businesses in the area are involved in the incident.”
Add Comment